How Christmas could BOOST male fertility 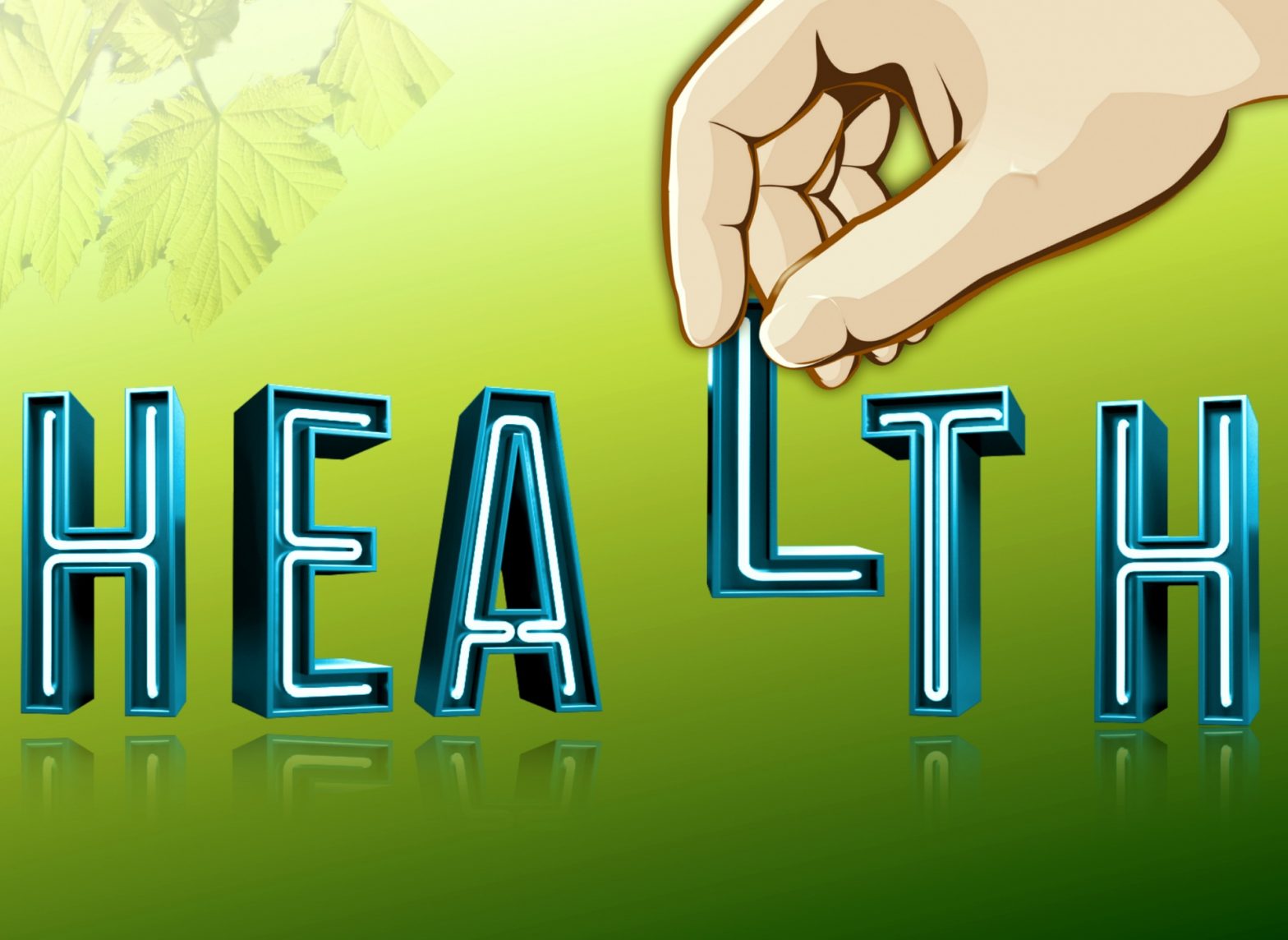 Christmas can take a toll on our waistline, as diets go out the window and chocolate becomes a breakfast option.

But research now suggests gorging on sugary snacks over the festive period could actually be beneficial in the short term – by boosting male fertility.

Swedish researchers were surprised to find eating the equivalent of 450g of sweets every day for a week enhanced men’s sperm quality.

That is the equivalent of consuming two-and-a-half packets of family sized Haribo Starmix (190g).

Fifteen male volunteers had been put on a strict seven-day healthy diet full of nuts, berries and vegetables prior to the sugar binge.

Men provided samples of their semen throughout the study, which showed sperm quality was boosted by eating well.

The sudden influx of sugar – in the form of sweets and fizzy drinks – also had a positive effect on sperm quality, with the men using it to produce proteins that improve motility.

Linkoping University academics said the results prove that diet can alter the quality of human sperm within a matter of days. 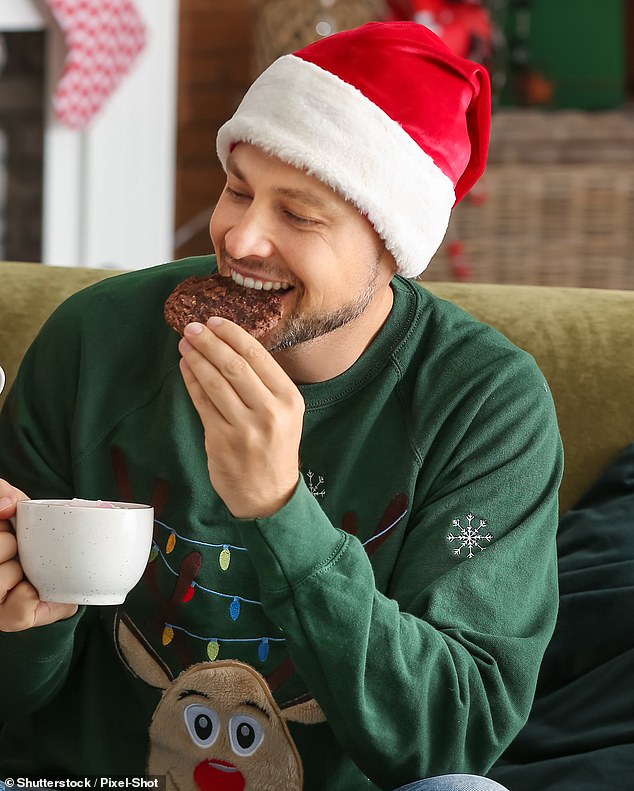 Christmas often takes a toll on our waistline, but a new study suggests gorging on sugary snacks may boost male fertility in the short term (stock) 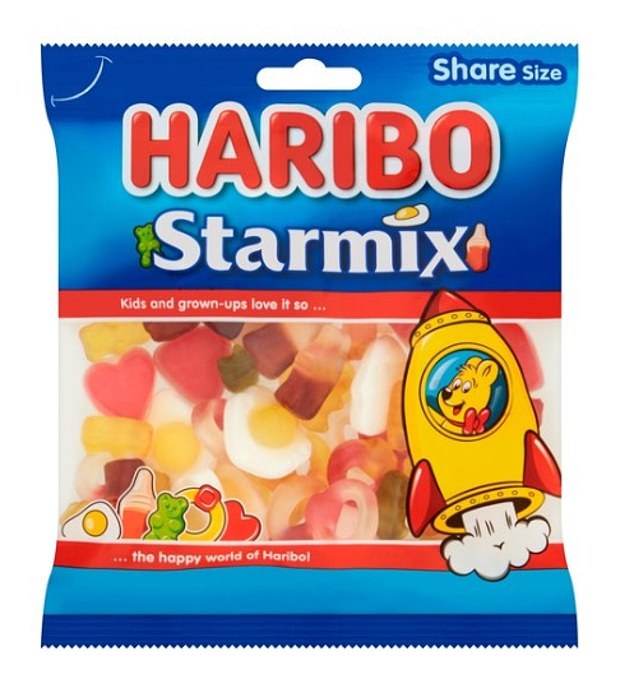 However, researchers warned that consuming junk food over a prolonged period can lead to fertility issues in the long run.

The study finding, published in the journal PLOS Biology, flies in the face of a wealth of research linking sugar to male infertility.

Previous studies suggest sperm counts among Western men have more than halved over the past 40 years as we’ve switched to ultra-processed diets.

Male infertility accounts for about half of the problem when a couple struggles to conceive – but far less is known about the DNA that drives men’s reproductive problems than is about women’s.

Though the DNA has not all been identified yet, doctors speculate that some 2,000 genes are involved in the production of sperm in the body.

A patient who was struggling with fertility issues was referred to Dr Samantha Schilit and Dr Cynthia Morton.

For two years, they worked with and studied the patient, and for those two years he was consistently infertile and had low sperm count.

He was only 28 at the end of that time period.

So the researchers ran an analysis of the patient’s DNA.

They found that segments of the man’s DNA were arranged abnormally, specifically in the regions of chromosome 20 and 22.

SYCP2’s over-activity suggested to the scientists that that bit of genetic code might be throwing the whole sperm production process out of whack for the patient.

They re-simulated its activity and tested another three men with long-standing infertility for – and found – the same unusual arrangement and activity of SYCP2.

Deletions and incorrect bases in DNA are well known to cause all kind of birth defects and inherited diseases.

Fifteen non-smokers aged 20 to 27 with a healthy BMI were recruited as part of the study.

In week one, participants were given a personalised meal plan rich in vegetables, berries, nuts and seeds, as well as whole grains, fish and low-fat dairy products.

In the second week, the diets remained the same but volunteers were fed 375g of sugar every day on top of their normal meals. This was in the form of sweets and sweetened drinks.

The daily sugar content was the equivalent of eating 450g of sweets or drinking 3.5litres of Coca Cola.

Semen samples prior to the study revealed that five of the men had very low sperm motility – their ability to swim through the female reproductive tract.

Poor sperm motility is a known cause of male infertility. This finding was consistent with the population at large, as around one third of men have this issue.

But the researchers were surprised to discover that sperm motility of all participants became normal after the two-week study, despite the huge increase in sugar consumption in week two.

They believe the healthy diet enhanced sperm quality and predict that if volunteers continued to follow the sugary diet, their sperm motility would be negatively impacted.

The researchers also warned of the obesity risk of a poor diet and highlighted that participants gained an average 1.5kg (3.3lbs) during the study.

Lead study author Dr Anita Ost said: ‘The study shows that sperm motility can be changed in a short period, and seems to be closely coupled to diet.

‘This has important clinical implications. But we can’t say whether it was the sugar that caused the effect.

‘It may be a component of the basic healthy diet that has a positive effect on the sperm.’

It comes after a Harvard University study in June found men who ate the most red and processed meat, sugary drinks and starchy carbohydrates had the lowest average sperm counts.

On average, these men had just 14million sperm, compared to 39million who ate the least processed food.

In the UK and US, around one in ten men of all ages suffers from infertility – defined as unsuccessfully attempting pregnancy for a year or longer.

Other studies indicate that as many as one in five men under 35 has a low sperm count.

WHAT IS MALE INFERTILITY?

The most common cause of infertility in men is poor-quality semen, the fluid containing sperm that’s ejaculated during sex.

Possible reasons for abnormal semen include:

Many cases of abnormal semen are unexplained.

There’s a link between increased temperature of the scrotum and reduced semen quality, but it’s uncertain whether wearing loose-fitting underwear improves fertility.

The testicles produce and store sperm. If they’re damaged, it can seriously affect the quality of your semen.

This can happen as a result of:

Some men choose to have a vasectomy if they don’t want children or any more children.

It involves cutting and sealing off the tubes that carry sperm out of your testicles (the vas deferens) so your semen will no longer contain any sperm.

A vasectomy can be reversed, but reversals aren’t usually successful.

Hypogonadism is an abnormally low level of testosterone, the male sex hormone involved in making sperm.

It could be caused by a tumour, taking illegal drugs, or Klinefelter syndrome, a rare syndrome where a man is born with an extra female chromosome.

Certain types of medicines can sometimes cause infertility problems.

These medicines are listed below: