Are benzodiazepines the new opioids? 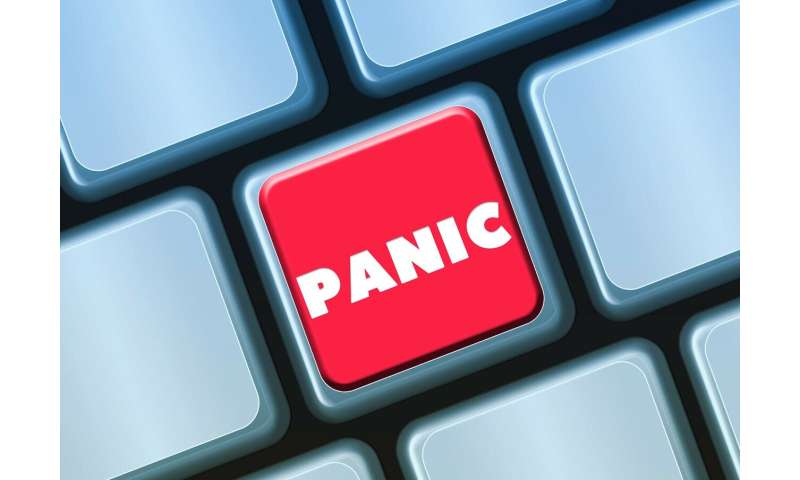 Imagine you have the kind of crippling, heart-pounding anxiety where you’re lying sleepless in bed at night, thoughts racing. You feel paralyzed at work because every decision feels like one that will get you fired. You’ve tried everything from anti-anxiety medications to therapy, but nothing helps.

Anxiety as a medical condition has plagued human beings for centuries. Whether it was stoicism in ancient Greece or smelling salts during the Victorian era, people have tried a variety of solutions for the condition.

The 1970s ushered in another one: a class of drugs called benzodiazepines. These medications were shown to treat anxiety that previously didn’t respond to any other treatments and helped with insomnia. They provided relief to many patients and were developed to replace another category of drugs called barbiturates.

Barbiturates were one of the first powerful drugs developed for anxiety, but they presented challenges, including strong side effects. For one, it was difficult to gauge the right dose—an overdose could depress the central nervous system enough to cause coma or death. For another, they were addictive because they provided immediate relief from anxiety in a short amount of time, and they resulted in changes in brain chemistry that led to tolerance, withdrawal, and loss of control over use. As a result, barbiturates quickly became a drug of abuse, leading to tens of thousands of deaths by overdose.

But benzodiazepines also presented unforeseen risks. They work by binding to receptors in the brain called GABA, bringing calm and drowsiness. But over time (about four weeks in 50 percent of patients, says David Fiellin, MD, an internal medicine and addiction medicine specialist at Yale Medicine), you may need higher doses to get the same sense of relief. Although they take more time than barbiturates do to cause a reaction, benzodiazepines can still be addictive. People who have been on them for a long time also find it hard to stop taking them because of withdrawal symptoms, such as increased tension and anxiety, panic attacks, and hand tremors.

And yet, because they are so helpful and anxiety is such a crippling problem (and on the rise), prescription rates soared. Between 1996 and 2013, the number of benzodiazepines prescribed for adults increased by 67 percent to 135 million prescriptions per year, and the quantity prescribed per patient more than tripled during that period.

Dr. Fiellin is worried that the trajectory of benzodiazepine prescription will lead to a medication epidemic in line with the opioid crisis. There are parallels. Opioid prescriptions increased dramatically after new mandates to manage pain effectively in health care settings were put in effect in the 1980s and 1990s. These mandates—along with marketing from pharmaceutical companies, false assumptions about opioids’ ability to treat chronic pain, and inadequate attention to their risks—may have caused opioid prescriptions to increase from 670,000 to 6.2 million between 1997 and 2002. By 2017, there were almost 58 opioid prescriptions written for every 100 Americans, according to the Centers for Disease Control and Prevention (CDC), which adds up to almost 190 million prescriptions per year. This parallels the number of benzodiazepine prescriptions currently being written each year. The high prescription rates in both cases also have led to drug diversion—the phenomenon where drugs prescribed legally make their way into the illicit drug scene.

Among teenagers, rates of addiction to benzodiazepines have already overtaken rates of opioid addiction.They’ve even entered popular culture. Lyrics normalizing benzodiazepine use top music’s most popular charts, and some musicians’ Instagram posts are dominated by pictures or mentions of Xanax. Examples: A genre of music called emo-rap normalizes benzodiazepine use with lyrics like, “I hear voices in my head, they tellin’ me to call it quits / I found some Xanax in my bed, I took that, went back to sleep.” Those particular lines are from emo-rapper named Lil Peep, who died from a suspected overdose. Another rapper named Lil Pump celebrated reaching a million Instagram followers by getting a cake shaped like a Xanax pill, and Lil Xan, a musician with 5.4 million Instagram followers (his handle is “xanxiety”), gets his stage name from Xanax.

The two medications share another point of connection: While benzodiazepines are safe when used as intended, the risk for overdose and death is much higher when combined with opioids (whether prescribed or not). This is because they both affect the central nervous system and, when used together, can exacerbate dangerous side effects like difficulty breathing. According to the National Institute on Drug Abuse, over 30 percent of opioid overdose deaths include a benzodiazepine.

Though anxiety has existed for thousands of years, diagnoses have increased recently—about 41.4 million American adults in 2011 have some sort of mental health diagnosis, according to the Substance Abuse and Mental Health Services Administration (SAMHSA). But not everyone seeks mental health care from a psychiatrist or therapist.

“Many people who need mental health care currently seek it from their primary care doctors because it’s too difficult to seek out specialized care,” says John Krystal, MD, a psychiatrist at Yale Medicine. “Mental illness is evolving from being a concern of just psychiatric specialists to being a concern of all doctors, in the way that blood pressure or diabetes is a concern for all doctors.”

Many primary care doctors aren’t trained specially to prescribe benzodiazepines, says Dr. Fiellin. They are also pressed for time because they often have to address a variety of issues during their visit with patients and may not get the chance to ask a patient in-depth questions about their condition or educate them properly on the risks of psychiatric medications.

They may also face pressure from their patients. Kenneth Morford, MD, an internal medicine and addiction medicine specialist at Yale School of Medicine who conducts research with Dr. Fiellin on benzodiazepine misuse says that he sees the pressure to prescribe in his own experience. “I’ve inherited a lot of patients who have been seeing their primary care physician for 20 to 30 years who were started on a benzodiazepine, and they just expect that their prescription will be refilled at each visit,” he says.

While it’s unclear exactly what is causing benzodiazepines to become a problem, Yale Medicine experts believe that the primary care system is the linchpin to preventing the benzodiazepine crisis from becoming another opioid crisis.

“Part of the responsibility of the prescriber, especially in primary care, is informed consent,” says Dr. Morford. This means educating patients on the risks of a medication before prescribing it, especially with benzodiazepines, where withdrawal symptoms can make them difficult to quit if used long term. Dr. Morford also advocates for primary care physicians to refer patients to a psychiatrist whenever possible. Psychiatrists are trained to do a careful review of the patient’s history and evaluate whether they are a good candidate for the drug. Research has shown that benzodiazepines can be very effective when used correctly and when patients are monitored by trained medical professionals.

Dr. Krystal envisions a system in which specialized mental health care is better integrated with primary health care. He advocates for a different model of care, in which mental health professionals work in primary care settings to provide support and expertise to patients and doctors. This new care model is already gaining traction in patient-centered medical homes and in academic medical centers around the country (Yale Medicine recently launched its Depression Collaborative Care Program, which allows patients in the hospital to access mental health care through their primary health provider). “It’s not just benzodiazepines—SSRIs and anti-psychotics are emerging as some of the most commonly prescribed medications and a lot of [doctors] are being pushed out of their comfort zones in managing symptoms they don’t feel adequately prepared to manage,” says Dr. Krystal.

In 2017, the White House declared the opioid epidemic a national emergency. According to the CDC, there were 46,700 reported deaths from opioid overdose that year. Benzodiazepine overdose deaths aren’t nearly at that level yet (in 2016, there were 11,000 deaths related to benzodiazepines according to SAMHSA), but they have jumped exponentially in the last few years and could be headed in that direction soon, says Dr. Fiellin.