Indigenous American ancestry may be associated with HER2-positive breast cancer 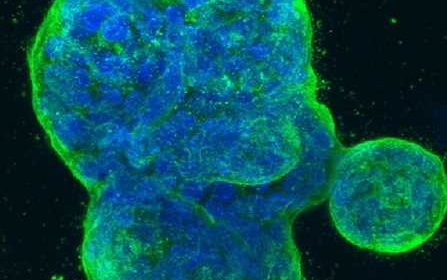 An increased proportion of Indigenous American (IA) ancestry was associated with a greater incidence of HER2-positive breast cancer, according to a study published in Cancer Research, a journal of the American Association for Cancer Research.

“The risk of breast cancer-related mortality varies between different populations, with Latina women having a greater risk of breast cancer-specific mortality than non-Hispanic white women,” said Laura Fejerman, Ph.D., associate professor of medicine at the University of California San Francisco. “Latina women tend to be diagnosed with more aggressive breast cancer subtypes, which may contribute to their greater risk of mortality, among other factors,” Fejerman added.

The Peruvian Genetics and Genomics of Breast Cancer study (PEGEN-BC), led by Fejerman and developed in collaboration with Tatiana Vidaurre, MD, Ph.D., at the Instituto de Enfermedades Neoplásicas (INEN) in Lima, Peru, recruited 1,842 patients. Participants at INEN were invited to participate in the study if they had received a diagnosis of invasive breast cancer during or after the year 2010 and were between the ages of 21 and 79 years. “Peru is one of the countries in Latin America with extremely high proportions of IA ancestry, which is an understudied genetic component in medical research. The collaboration with Dr. Vidaurre from INEN was fundamental for the realization of this study,” Fejerman noted.

The publication reports results from 1,312 patients who had available genome-wide genotype data. HER2-positive breast cancers accounted for 30 percent of cases (18 percent were positive for hormone receptors). On average, participants had approximately 76 percent IA ancestry, with 9.8 percent of patients having greater than 95 percent IA ancestry.

“The association between IA ancestry and HER2 status suggests that population-specific variants of IA origin could be partly contributing to the higher incidence of HER2-positive breast cancer in Latinas,” said Fejerman. “Our ongoing research aims to identify the specific germline variants that may lead to this association.” This information could eventually be incorporated into a risk prediction model for Latina women to identify those at high risk for certain subtypes, explained Fejerman. Understanding the genetic basis of the observed association could also help researchers understand the biology of the disease, which could eventually lead to new treatments, Fejerman added.

“Even though humans are mostly the same, there are differences between populations that affect disease risk and outcome,” said Fejerman. “This study highlights the importance of studying diverse populations and collaborating with other countries. We need to understand diverse populations so that we may someday be able to provide precision cancer prevention and care to everyone, and not just a subset of the population.”