Premature ejaculation could be cured with a new stick-on patch

One of the most common sexual problems in men could be tackled by a battery-powered skin patch.

The adhesive patch, about a square inch in size, is designed to reduce the activity of the pelvic muscles in men affected by premature ejaculation.

Research shows that the patch, worn on the perineum — the area between the anus and the scrotum — leads to a near fourfold increase in ejaculation time, and a new trial is starting this month. 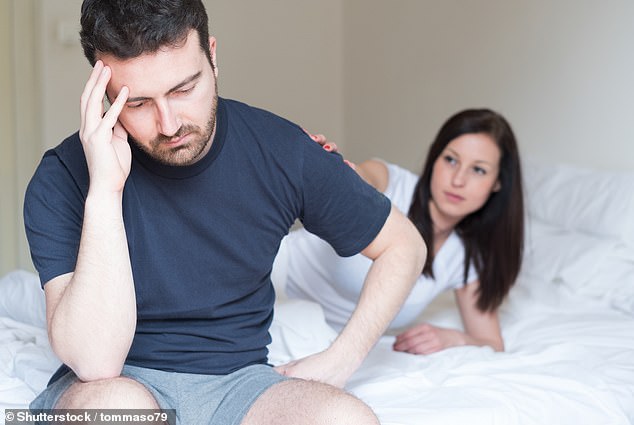 Ejaculation is classed as premature when it occurs within one minute. Typically, intercourse lasts far longer: one study, published in the Journal of Sexual Medicine in 2005, involving 500 couples, found that the average time was about five-and-a-half minutes.

The exact cause of premature ejaculation is not known, and there are likely to be many factors, including depression, stress and relationship problems.

Botox is another option for ailing men

Injections of ‘Botox’ are also being tested as a way to treat premature ejaculation.

The jab is given directly into the bulbospongiosus muscle at the base of the penis, which contracts during ejaculation.

The jab is thought to reduce the contraction of this muscle, so slowing down the climax.

It led to a threefold increase in ejaculation time, according to a recent study in the Journal of Sexual Medicine.

In the research, conducted on rats, ejaculation time increased from 298 seconds to 1,092 seconds after one injection.

The doctors, from Balikesir University’s Faculty of Medicine in Turkey, now plan to do further studies.

But they don’t work for everyone and can cause side-effects such as anxiety and gastric issues.

Anaesthetic creams and sprays such as lidocaine can help by making the penis less sensitive.

The new single-use patch acts on the muscles at the base of the penis — mainly the bulbospongiosus — that contract, forcing semen out, during ejaculation.

The patch is used for about ten minutes before intercourse and transmits mild electrical impulses to the muscles.

The theory is that this neuromuscular transcutaneous electrical stimulation keeps the muscles contracted for several minutes.

They are therefore temporarily unable to provide the rhythmic contractions needed for ejaculation.

The strength of the stimulation can be controlled by an app.

The exact cause of premature ejaculation is not known, and there are likely to be many factors, including depression, stress and relationship problems

Research published in the International Journal of Impotence Research last year, involving 20 men who were given a commercially available electrical stimulation device to use, showed stimulating these muscles does help.

Ejaculation time increased by 3.5 times, according to the study at the Technion Israel Institute of Technology in Haifa.

Now a trial is under way at Stanford University, in America. Men will use the patch before sexual activity for four months.

‘No treatment for premature ejaculation has been found to be ideal,’ says Professor Raj Persad, a consultant urologist at Bristol Urology Associates.

‘The approach draws on the potential for using the pelvic floor muscles. Results are encouraging and, if proven of clinical value, may be a cost-effective way of treating this distressing problem for men.’ 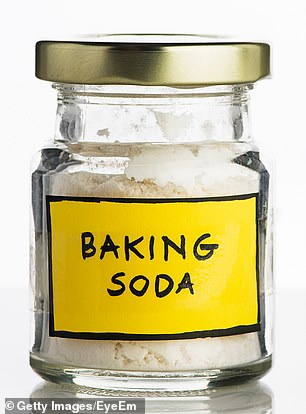 The kitchen cupboard ‘cures’ that really work. This week: Indigestion

Indigestion occurs when the contents of the stomach, which are acidic, start to move up the oesophagus, causing a burning pain.

This can occur after a large meal, as a result of pressure on the valve at the top of the stomach. Other causes include a fault with the valve.

Bicarbonate of soda, otherwise known as baking soda, is helpful because it is alkaline, so it can neutralise the stomach acid.

‘If you have nothing else in the house and the pharmacy is closed, it will buy you some relief,’ says Christopher Hawkey, a professor of gastroenterology at the Nottingham Digestive Diseases Centre.

Dissolve a teaspoon of baking soda in a glass of water and drink it. This can be used as an occasional treatment. Those with persistent heartburn should see their GP. 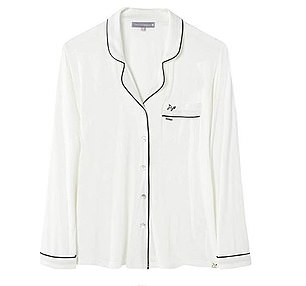 Pretty You London sell pyjamas made from 100 per cent bamboo.

It is thought to be kinder to sensitive skin; is antibacterial; and adapts to body temperature, keeping you comfortable all night. 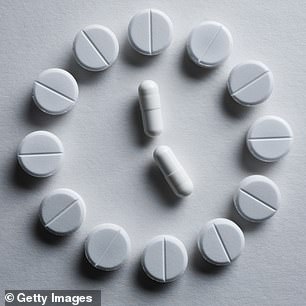 Iron supplements are best taken in the morning

The best time to take your medication. This week: Iron pills

It is commonly caused by low iron levels and can cause breathlessness, tiredness, a lack of energy, pale skin and palpitations.

Iron supplements, used to treat or reduce the risk of anaemia, are best taken in the morning, an hour or so before breakfast, as they are most effective when taken on an empty stomach. That is because foods such as tea, coffee and milk generally inhibit the absorption of iron.

Vitamin C, on the other hand, can increase iron absorption, so it’s worth considering taking the tablets with a glass of orange juice.