From cataracts to macular degeneration: Age-related eye problems and how to treat them 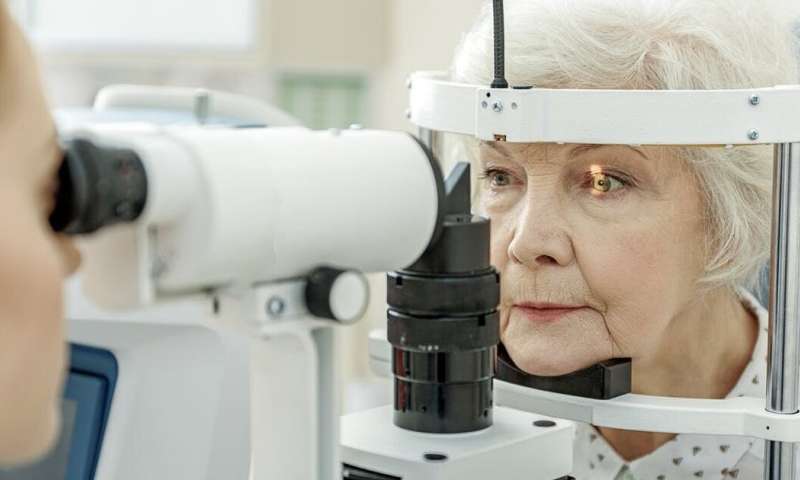 Monique is 77 years old. I met her when she came to the eye clinic at the University of Montréal, where I am a professor. A retired teacher, Monique has enjoyed an active and full life with her students and family and considers herself lucky to be in good health.

She is concerned, however, about a recent visual loss that prevents her from reading and enjoying her painting workshops. It also prevents her from driving safely, which is important if she wants to maintain her independence.

A complete examination of Monique’s vision and eye health quickly revealed the cause of her problems: she has developed cataracts and her retina shows early signs of macular degeneration.

Cataracts are a normal phenomenon, resulting from the aging process of the eye and affecting everyone, without exception. They occur when the lens of the eye gradually loses its transparency, like a window that gets dirty with the seasons.

The light that enters the eye passes through opaque areas and generates blurred vision, without the possibility of improving it with glasses, lenses or magnifiers. Only surgery can restore the clarity of the eye.

The aging of the crystalline lens

The crystalline lens is particular and its metabolism is very fragile. When disturbed, the lens accumulates deposits and loses its transparency. This lens also absorbs a large part of the sun’s ultraviolet rays to protect the retina at the back of the eye.

The amount of UV absorbed accumulates over the years, contributing to the premature aging of the lens. That is why it is recommended to protect yourself with sun lenses from an early age.

Other factors that disrupt its functioning include the use of certain medications such as oral cortisone, the presence of diseases such as diabetes or a shock to the head, which can contribute to the arrival and progression of cataracts. Very rarely, cataracts are transmitted during pregnancy, especially following infections such as rubella, toxoplasmosis and herpes.

Finally, very strong links have been established between smoking and cataracts. Food, on the other hand, does not seem to have an impact. Quitting smoking and protecting your eyes with good sunglasses are therefore considered effective ways to delay the onset and progression of cataracts.

Implants to the rescue

Cataract treatment is quite simple. The ophthalmologist will perform surgery to exchange the natural lens of the eye with a new lens, called an implant. This surgery is very safe and can be performed at any time during cataract development, although surgery will usually only be offered if there is a significant impact on the patient’s vision and quality of life.

Implants are permanent and remain clear for life, without the need for replacement. They can be used to correct distance vision, including astigmatism, which would be accomplished through the use of a specially designed toric implant. Also, nearsightedness can be fixed via bifocal or multifocal implants, thus avoiding the need for glasses later on, in most cases.

However, the patient may be subject to seeing halos and may be more sensitive to light. It is also necessary to ensure that the retina is in good health, otherwise the final result will not be very good. 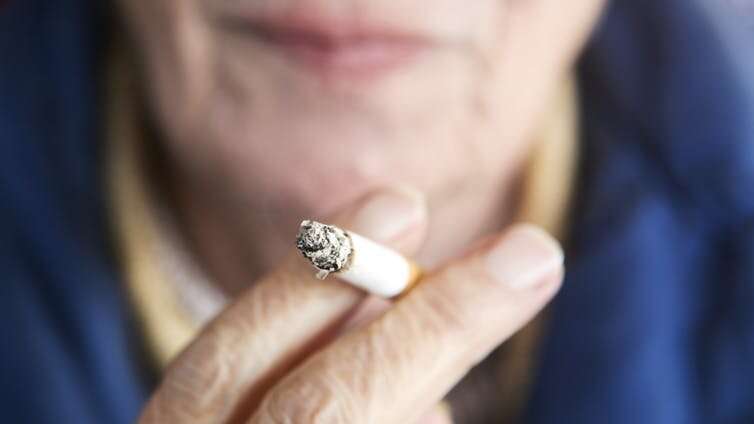 This is particularly the case for Monique, who also has the onset of age-related macular degeneration (AMD). This is a phenomenon affecting one percent of people exceeding 40 years of age, but whose prevalence reaches 30 percent at 80 years of age.

The at-risk population is composed of Caucasians (those of European origin) and women more than men. Systemic diseases —everything that affects blood vessels such as diabetes, high blood pressure, high cholesterol and obesity —are important risk factors, as are oxidative causes such as smoking, high saturated fat nutrition and UV exposure.

Essentially, the best retinal cells, which allow good vision (macular area), degrade over time if not well nourished by the vascular network and accumulate deposits that prevent their normal functioning.

These deposits become visible as small yellow spots at the fundus—the part of the eyeball opposite the pupil. These deposits, known as drusen, can become confluent. The degradation of cells is accompanied by a change in their coloring (pigment reworking), a phenomenon that is also visible when the retina is examined. This is called dry macular degeneration. Vision is more or less affected depending on the number of affected cells.

Over time, the system’s response can lead to the formation of new blood vessels to supply dying cells. These are fragile and have no real place to stay. They can easily burst. Their membrane formation, like roots invading a pipe, and their flow (bleeding) contribute to a very severe reduction in vision. This is when we speak of wet degeneration. This more severe form affects 10 percent of AMD cases, but anyone with the dry form can progress at this stage.

Wearing sunglasses also helps, even on cloudy days. Taking omega 3 at the right dosage and fish oil extracts may help although more recent results have called this strategy into question.

In more advanced stages of the dry form, taking oral nutritional supplements including vitamins and antioxidants are recommended, except in some patients with a particular genetic profile.

The wet form has recently been effectively treated by injecting drugs directly into the eye, to prevent the formation of new blood vessels. These injections must be repeated periodically and restore vision when the procedure is performed at the appropriate time.

Monique’s case is a mixed one. On the one hand, it is possible to greatly improve her short-term vision with cataract surgery, for which she will be referred to ophthalmology. Implants protect against UV rays, another factor in preventing the progression of macular degeneration. This will allow her to drive safely and resume her activities. She will also monitor her diet, which she admits is deficient, and take omega supplements. Her AMD is at a stage that is too early for vitamins or antioxidants.

Monique does not smoke and is not taking medication for vascular problems. If she does one day, she will follow her doctor’s recommendations and begin a light exercise program. Walking may be enough. Finally, she will be followed every six months in an optometry office, will perform simple home screening tests and will come in for a consultation as soon as a change is noted.