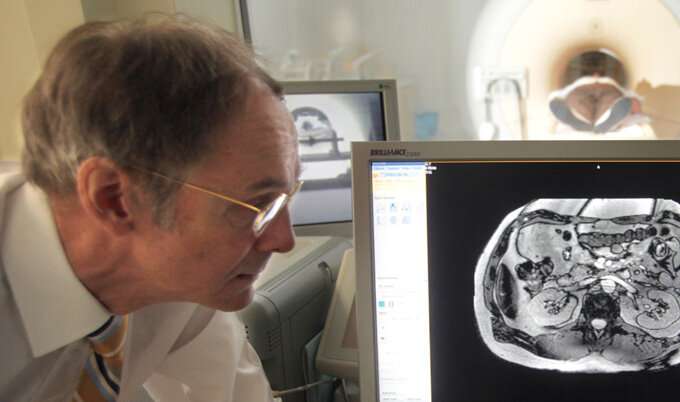 One of the world’s leading experts who developed revolutionary science demonstrating that type 2 diabetes is a reversible condition has launched his new book.

Written by Newcastle University expert Professor Roy Taylor, the book, “Life without diabetes—The definitive guide to understanding and reversing your Type 2 diabetes”, explains how for centuries type 2 diabetes was regarded as an incurable, lifelong condition. Even worse, it seemed to be inevitably progressive—but no longer is this the case.

In 2006, he finally found the missing piece of the jigsaw which explained that it was actually a reversible condition. With his team of researchers at Newcastle University, Professor Taylor launched a series of studies leading to a remarkable, multi-million-pound trial, which in 2019 confirmed that simple advice about diet could bring about lasting remission.

In this book, Professor Taylor brings all the knowledge and experience of four decades of treating people with diabetes. He explains exactly what is happening in the body as type 2 diabetes develops and shows how you can live a full and healthy life beyond it.

It features an introduction by renowned physician Professor Sir George Alberti who holds an emeritus professorship at Newcastle University. There’s also a foreword by Hairy Biker, Dave Myers, who explains: “When I met Roy in 2012, I had type 2 diabetes—and he showed me another way. Now my blood sugars are normal and my diabetes is a thing of the past.”

The book launches with a week-long serialisation in the Daily Mail, including the three-step Newcastle weight loss programme, as well as tried-and-tested recipes from participants of the diabetes reversal trials.

All proceeds of the book are being donated by Professor Taylor to Diabetes UK, a leading charity focused on tackling the condition.

Type 2 diabetes is one of the fastest growing diseases in the world. In the UK approximately 8 percent of the population has Type 2 diabetes and at least double that number is at risk of developing the condition.

The NHS is starting to roll out Professor Taylor’s programme as an integral part of primary care and the book, which can be purchased from a number of online providers and bookshops, will be a companion guide for that programme.

It will also be available as audiobook (Narrated by Prof Roy Taylor) and e-Book version.