Urgent testing, tracing, and isolation could save lives and economy 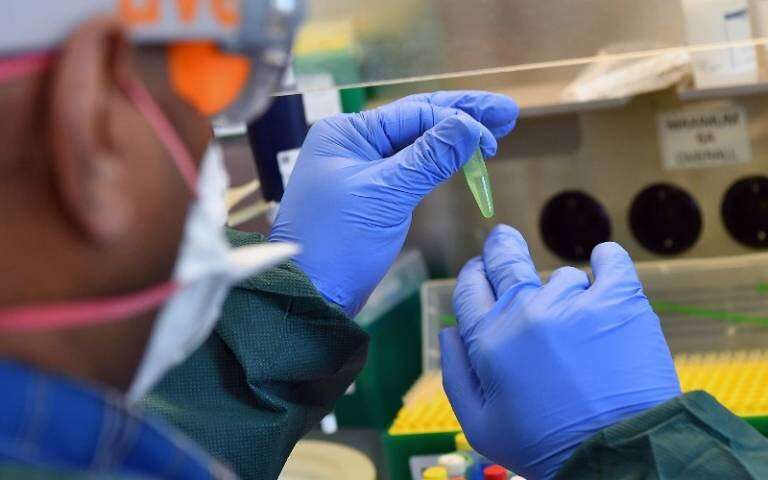 Population-wide testing, contact tracing, and isolation (PTTI) in the UK could save 50,000 lives and £700bn of GDP over the next two years, finds research co-led by UCL, University of Edinburgh and University of Haifa.

The non-peer reviewed, pre-print study uses mathematical and economical models to investigate 31 scenarios for tackling COVID-19 in the UK over the next two years to estimate the impact, costs, feasibility, and health and economic effects of different strategies.

It shows that a scenario combining targeted testing of symptomatic people in the UK, tracing and isolation of their contacts, and widespread use of face coverings can suppress the epidemic, minimize related deaths (to an estimated total of 52,000—roughly half the total deaths expected without PTTI), and would have the lowest intervention costs (£8bn).

The short additional lockdown required to enable the nationwide implementation of this policy would result in a total reduction in GDP of around £500bn since the crisis started. Without PTTI, the UK would lose an estimated £1.2 trillion of GDP, and 105,000 lives. The length of the additional lockdown will depend on the number of contacts per day. If contacts per day do not increase, this could be a matter of weeks.

The study also shows that the use of face coverings in all public spaces can make all PTTI strategies more effective in suppressing the epidemic, with lower cumulative deaths and less time in lockdown, in addition to lower associated costs.

“By clearly showing the health and economic benefits that such a system could lead to, we hope our study will help to galvanize support for integrated testing, tracing and isolation for the UK.”

The team say that the scale-up of a functional PTTI system needs to be done when contacts and transmission numbers are low, i.e. during lockdown. If lockdown is lifted too soon and contacts rise, another (hopefully short) lockdown is therefore needed whilst PTTI is scaled up.

Dr. Jasmina Panovska-Griffiths (UCL Institute of Epidemiology & Health) of UCL, who co-led the mathematical modeling, commented: “While mathematical modeling is crucial to understand how to prevent morbidity and mortality from the SARS-CoV-2 virus, our study is the first to evaluate the costs of different exit strategies, giving feasible options that can both save lives and protect the economy.”

Dr. David Manheim, at the University of Haifa, who co-led the economic modeling, said: “The new model shows that we can make far better trade-offs in the future than those made so far. The next task is focusing on getting implementation of these programs scaled up to necessary levels, rather than further debate.”

The study used a novel mathematical model that accurately traces contacts of symptomatic people, alongside a fit-for-purpose economic model. This is the first study to combine mathematical and economic modeling to untangle how COVID-19 spreads and determine the best testing, tracing and isolation strategies to minimize deaths and related costs.

As with any modeling study, a number of assumptions were made within the framework. The main assumptions were: (1) the model treats the population of the UK as a homogeneous group to find an average effect of the policies; (2) people are actually tested and contacts of those with positive tests are indeed traced; (3) all contacts that are traced, including asymptomatic ones, are isolated; and (4) isolation works—people follow the rules.

Dr. William Waites at the University of Edinburgh, who co-developed the mathematical model, said: “Our study used a novel mathematical model with economic analysis to explore a large number of scenarios of testing and tracing at different proportions and alongside other interventions. Our results highlight the importance of these components as we move towards large-scale PTTI implementation.”