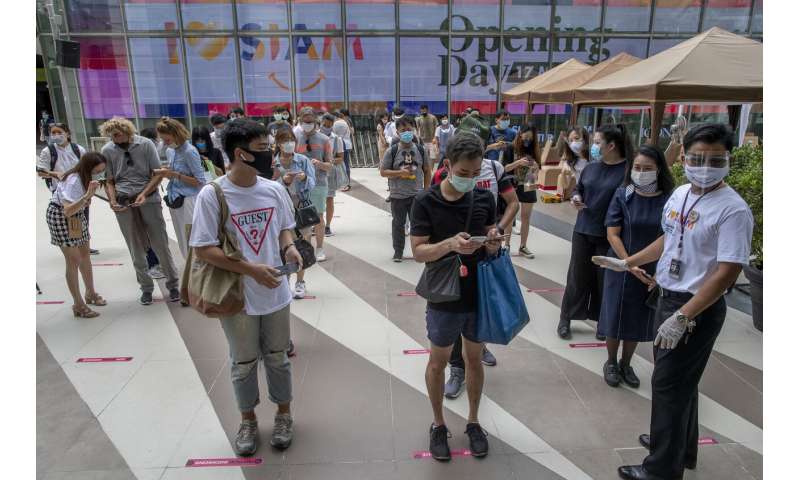 Thais streamed into shopping malls on Sunday, once again enjoying their air-conditioned oases as the country eased one of the restrictions imposed to fight the coronavirus.

The government allowed malls to reopen after the number of new virus cases in Thailand dwindled to single digits for all but one day over more than two weeks. Malls had been closed since March.

Student Baiplu Chaonuam expressed her relief at returning to a Bangkok mall. “I started to get used to staying home, but to be able to come back out and look around at things is an improvement from staying in,” she said.

The mall experience, however, may not be as carefree as it was before the virus, with measures instituted to reduce the danger that the malls will become new infection hotspots.

Thermal scanners check temperatures for signs of fever and each shopper must pass through a disinfectant mist at every entrance. Everyone must wear a mask and keep it on throughout their stay. No crowding on the escalators, as people must keep a two-step distance from those in front of them. 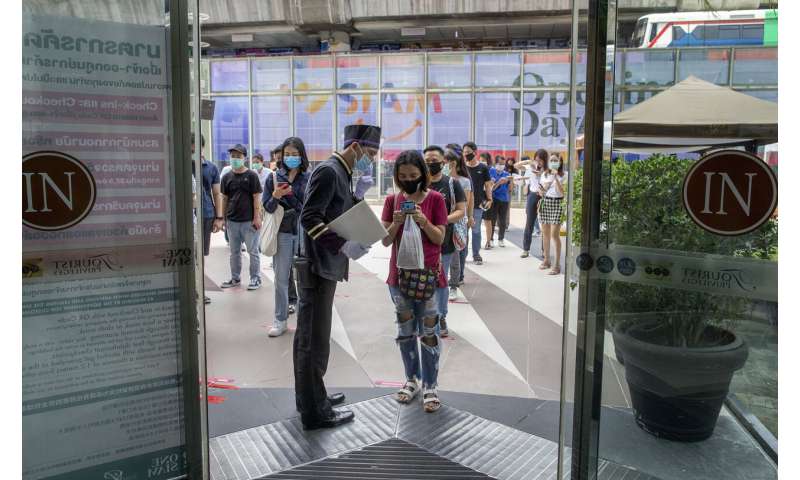 Contact tracing apps have been adopted in many countries, raising concerns among privacy advocates. But the Thai government says the data will be used only for public health purposes.

Lines formed outside luxury brand stores at Bangkok’s upmarket Siam Paragon mall on Sunday as staff enforced the new entry procedures. Window-shopping families strolled down concourses, occasionally pausing to wash their hands with gel from the many dispensers.

“To be able to go out again could help people relax,” said one mall goer, Jariya Seriyothin. “But we still have to be careful when we come out and not let all these easing measures make us forget about everything.”

The coronavirus crisis has hit the already-struggling Thai economy hard. Millions of people have been laid off, with little immediate prospect of a return to work for many of them. The reopening of the malls at least brings some relief to one part of the retail sector. 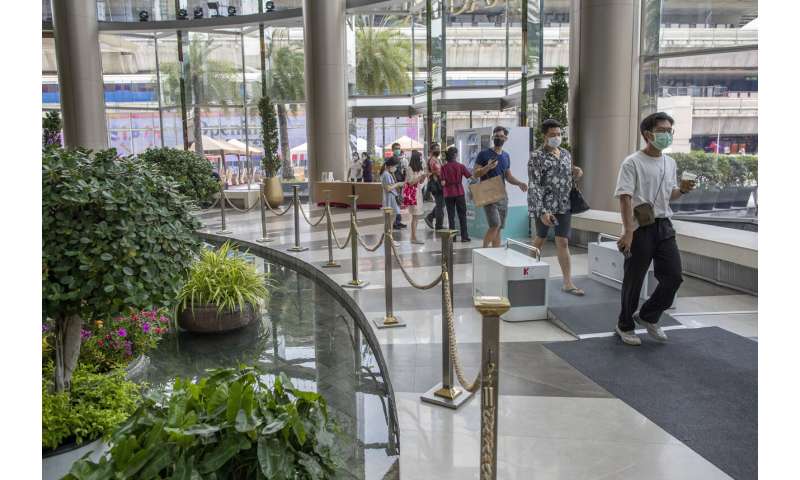 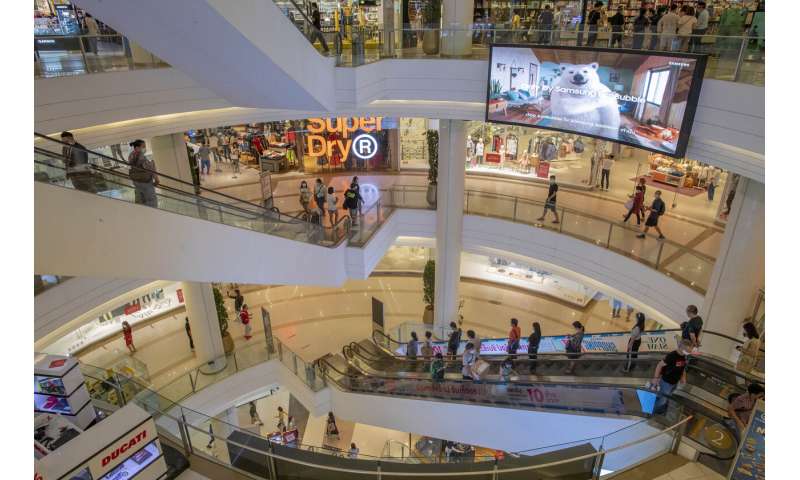 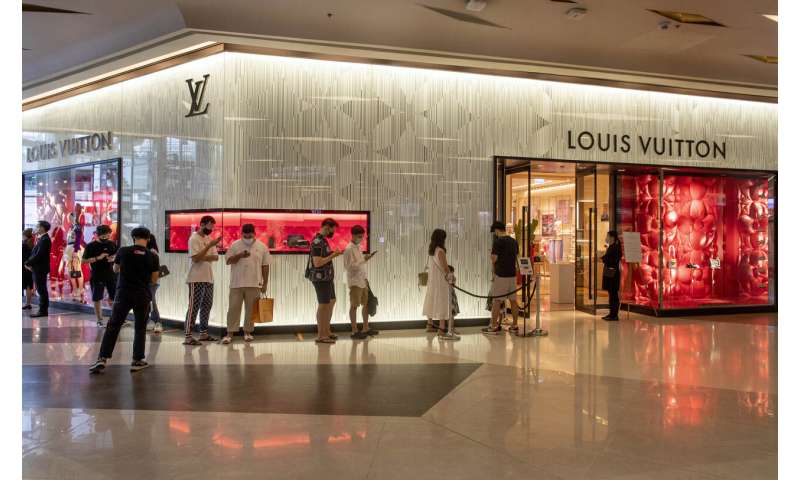 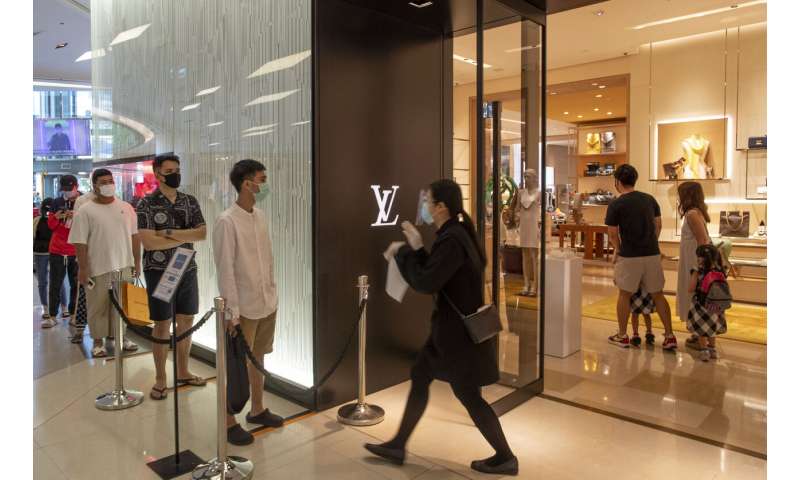 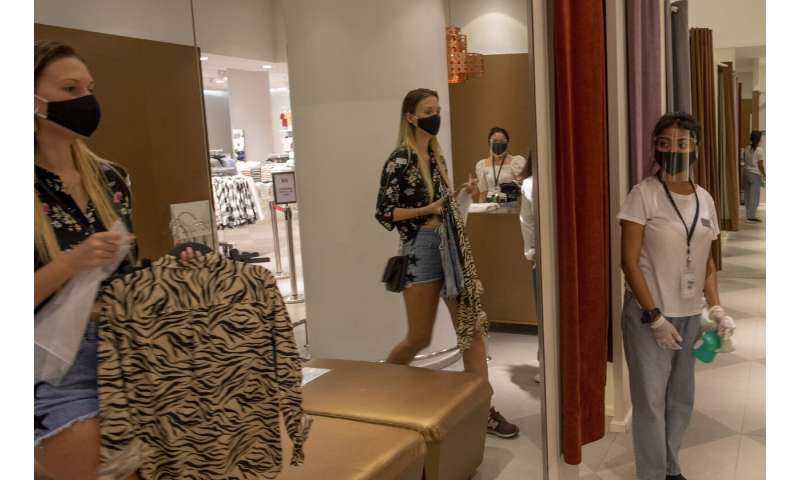 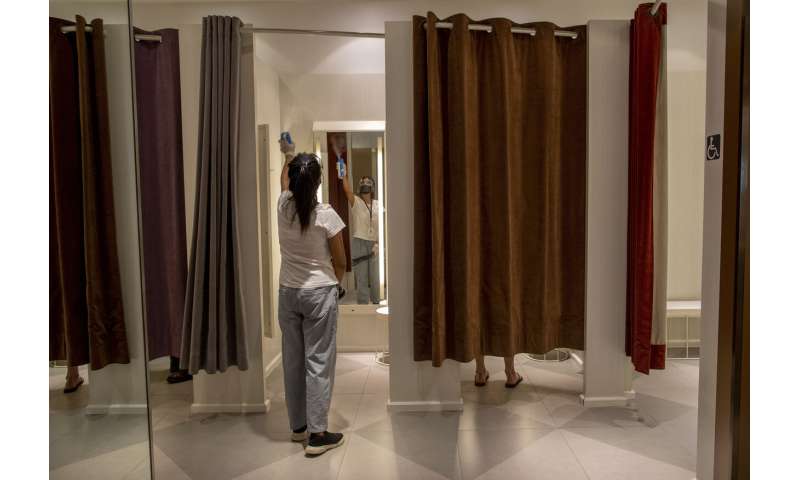 The government will watch to see whether the infection rate remains low before deciding on the next phase of its plan to restore normality. It is treading carefully, announcing Saturday that it was extending to the end of June a ban on the arrival of international passenger flights.

Earlier this month, the government reopened public parks, which had been closed as part of anti-virus measures.