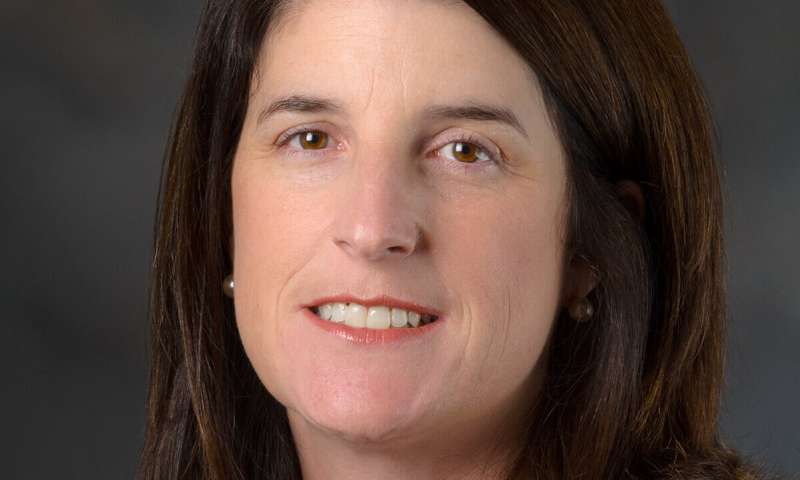 New data from the Phase III EMBRACA trial led by researchers at The University of Texas MD Anderson Cancer Center found the PARP inhibitor talazoparib did not demonstrate a statistically significant overall survival (OS) benefit for patients with metastatic HER2-negative breast cancer and mutations in the BRCA1/2 genes. Most patients included in the study went on to receive subsequent systemic therapies, which may have affected the survival outcome analysis. The research confirmed previous results showing talazoparib improved patient reported quality-of-life measures over available chemotherapies and had a tolerable safety profile.

The secondary endpoint results from the EMBRACA trial were presented today at the American Association for Cancer Research (AACR) annual meeting by Jennifer Litton, M.D., professor of Breast Medical Oncology. The primary analysis results previously were published in the New England Journal of Medicine and found that patients treated with talazoparib had significantly prolonged progression-free survival (PFS) when compared with chemotherapy, with a median PFS of 8.6 months versus 5.6 months, respectively. This led to Food and Drug Administration approval for talazoparib in 2018.

EMBRACA is the largest trial of PARP monotherapy to date in patients with germline BRCA-mutated HER2-negative advanced breast cancer. The final OS analysis was performed using the intent-to-treat population after 324 deaths had been observed. After a median follow-up of 44.9 months for talazoparib and 36.8 months for chemotherapy, 216 patients in the talazoparib group and 108 patients in the chemotherapy group had died. The effect of treatment with talazoparib also was similar regardless of BRCA status.

“Overall survival is always an important endpoint, but also a challenge for metastatic breast cancer patients as there are many treatment options available,” said Litton. “Many of these patients also received subsequent therapies, including PARP inhibitors and platinum-based therapies, which could have potentially influenced these results.”

Mutations in the BRCA1/2 genes, which account for 5 to 10% of all breast cancers, cause defects in normal DNA damage repair. PARP inhibitors block an additional DNA repair pathway, and the anti-tumor effects of PARP inhibitors can be intensified in patients with BRCA mutations. Talazoparib works by not only inhibiting the PARP enzyme, but by trapping the enzyme on DNA to further prevent DNA repair.

The international Phase III clinical trial, EMBRACA, enrolled 431 patients with locally advanced or metastatic and hereditary BRCA1/2 gene mutations. Patients with HER2-positive disease were excluded as there are approved targeted therapies for those cancers. Patients were allowed up to three previous chemotherapies, including platinum-based therapies.

Participants were randomized 2:1 to receive either talazoparib (287) or physician’s choice of treatment (PCT) of single-agent therapy (144), either capecitabine, eribulin, gemcitabine or vinorelbine. Fifty-four percent of participants had HR+ disease and 46% had triple negative breast cancer; BRCA1 and BRCA2 mutations were split at 45 and 55%, respectively.

Interpretation of the OS results may have been confounded by subsequent treatments, so two sensitivity analyses accounting for subsequent PARP inhibitor and/or platinum therapy were carried out.

The analysis suggests that the OS analysis underestimated the treatment benefit of talazoparib.

Patient-reported quality-of-life measures revealed a prolonged time to deterioration of overall health, 26.3 months in the talazoparib arm compared to 6.7 months for the chemotherapy arm.

“Talazoparib remains an option for patients with advanced breast cancer and a germline BRCA mutation due to its improvements in progression free survival,” said Litton “Other advantages include it being an oral once-daily option, as well as the demonstrated improvements in quality of life for metastatic breast cancer patients.”