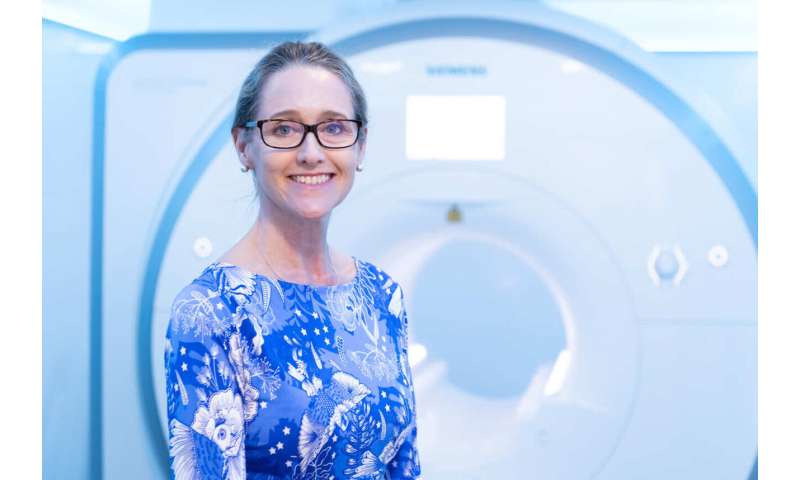 Researchers have developed a new MRI tool that can identify cases of ovarian cancer which are difficult to diagnose using standard methods.

The tool has produced encouraging results in a clinical study and its impact on management and outcomes of women with ovarian cancer will now be evaluated in a major trial at 18 hospitals in the UK, including Imperial College Healthcare NHS Trust.

The tool is able to distinguish between malignant and benign ovarian cysts with 90 percent accuracy, in cases that cannot be distinguished on ultrasound. It was developed by researchers led by Professor Isabelle Thomassin-Naggara at the APHP-Sorbonne Université, with Professor Andrea Rockall at Imperial College London.

Currently, to investigate potential cases of ovarian cancer doctors use ultrasound scanning and blood tests. However, in a quarter of cases these methods cannot identify with confidence whether a patient’s cyst in benign or malignant. This leads to surgical investigations, which are invasive and carry risks, such as potential loss of fertility. In most cases women are then diagnosed as having benign cysts.

The team believes that the new tool can be used as a triage test to decide whether patients need further follow up or treatment. They also believe that the findings from the study, published in the JAMA Network Open, could help stratify patients who are high risk so they can be given treatment at a much earlier stage.

“Ovarian cancer is referred to as a ‘silent killer’ as cases are often diagnosed at an advanced stage of the disease. When it is diagnosed earlier the chance of survival is much improved.

There is a real unmet clinical need to find less invasive ways to identify women at risk of ovarian cancer. Our tool has the potential to help triage patients who are low risk so they can have less invasive treatment options, as well as identifying high risk patients so they can receive treatment at an earlier stage and have a better chance of long-term survival.”

Ovarian cancer is the sixth most common cancer in women and usually affects women after the menopause or those with a family history of the disease. There are 6,000 new cases of ovarian cancer a year in the UK but the long-term survival rate is just 35-40 percent as the disease is often diagnosed at a late stage once symptoms such as bloating are noticeable. Early detection of the disease could improve survival rates.

Currently, to investigate potential cases of ovarian cancer clinicians use an ultrasound of the pelvis which shows the ovaries, womb and surrounding structures. They look for cysts in the ovaries and if these look suspicious, women are referred for additional investigations. Clinicians also use a blood test to look for a substance called CA125—an indication of cancer. These methods are effective at differentiating most benign cysts with those that are malignant. However, in 20-25 percent of cases the ultrasound is unable to confidently characterize whether a cyst is malignant or benign.

When this occurs, patients may need to undergo surgery in order to confirm if the cyst is malignant or benign. This is invasive and the majority turn out to be benign. In some small cases, this can also lead to a loss of fertility in younger patients.

If the nature of the cysts could be known before surgery, patients would potentially benefit from a more limited surgical approach or follow-up, saving the patients from additional risks as well as cutting unnecessary costs for the NHS.

In the new study, researchers looked at the effectiveness of a tool called Ovarian-Adnexal Reporting Data System Magnetic Resonance Imaging (O-RADS MRI) in identifying the risk of malignancy in ovarian cysts that could not be categorized by ultrasound in 1340 women. The study took place from March 2013 to March 2016 at 15 centers across Europe, including Hammersmith Hospital, part of Imperial College Healthcare NHS Trust.

Each patient underwent a routine pelvic MRI examination which looked for particular features in cysts that could not be identified during an ultrasound examination such as changes to tissue structure. The researchers developed a risk stratification score which scored the cysts based on five categories. Radiologists then used this tool to score the cysts.

A score of one to three was identified as no mass or benign and a score between four and five was deemed high risk. The women then underwent appropriate standard care, such as surgery if they were identified as high risk or a two year follow-up if their cysts were benign.

A team of radiologists also analyzed patients’ medical records and ultrasound scans to compare the tool.

The team found that the system outperformed current methods and was 90 percent accurate at identifying malignant and benign cysts.