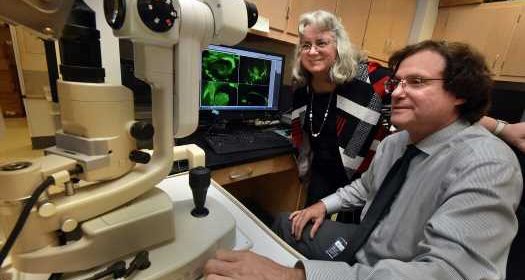 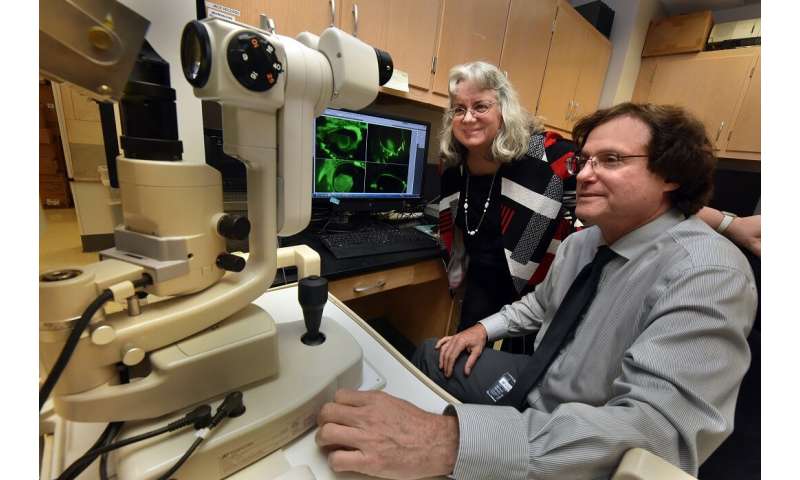 A species of a lipid that naturally helps skin injuries heal appears to also aid repair of common corneal injuries, even when other conditions, like diabetes, make healing difficult, scientists report.

Their findings show that the lipid DOPG, or dioleoyl-phosphatidylglycerol, aids healing of scratches on the cornea that can result from trauma such as finger pokes or mascara wands.

These results were observed in human cornea cells grown in a laboratory dish as well as healthy mice and mice whose healing ability was compromised, they report in the journal Investigative Ophthalmology and Visual Science.

They also found in the corneal epithelial cells, which are stacked like a protective brick wall at the front of the eye, the same signaling pathway that prompts production of the parent lipid, phosphatidylglycerol, or PG, in the most prominent skin cell type, keratinocytes.

The findings indicate a topical application of DOPG, possibly even adding it to existing eye drop products, could one day aid healing of this important protective barrier after injury as well as after common eye procedures like cataract surgery, say co-corresponding authors Drs. Wendy B. Bollag and Mitchell Watsky.

A superficial scratch to the eye’s outermost corneal epithelial cell layer, the most common injury, typically heals in a few days without lasting implications, says Watsky, vision scientist, dean of The Graduate School at Augusta University and professor in the Medical College of Georgia’s Department of Cellular Biology and Anatomy.

But when it doesn’t heal and/or if there is deeper tissue injury, there can be persistent irritation and pain, scarring and potentially vision loss. “Corneal epithelial scratches open the eye to the outside world,” says Watsky as infectious agents can now creep through this outer layer of protection for the eye that is also essential to refracting light so we can see.

Watsky uses the analogy of trying to tolerate and see through a contact lens that has been roughed-up with sandpaper. “It’s got to be perfectly smooth like a lens,” he says. Injured epithelial cells can eventually die off, particularly in the face of an autoimmune disease where the immune system is misdirected, or in a condition like diabetes, which results in a constant state of inflammation and can itself impact vision.

Watsky and Bollag, cell physiologist in the MCG Department of Physiology and a leader in basic science studies of normal and abnormal skin cell turnover like psoriasis, have also just received a $1.14 million grant (R01EY030576) from the National Institutes of Health to figure out more about how DOPG helps the cornea heal and what treatment protocols could one day help patients.

The scientists say that their next three years of new studies, enabled by the grant, should pave the way for clinical trials.

Bollag has led studies that show naturally occurring PG has an important role in regulating keratinocytes as well as in suppressing inflammation in the skin and has evidence it can help restore healthy skin cell turnover in psoriasis.

That evidence and some common traits between skin cells and corneal epithelial cells got Bollag and her colleagues wondering if maybe PG could work similar magic with the outer cellular layers of the cornea, which function much like skin for the eyeball.

They found a target of PG—and now they’ve shown DOPG—is toll-like receptors, a family of receptors that work as part of the body’s frontline, but rather nonspecific, immune response to a perceived invader or to what they perceive as elements of damage. Although such watchfulness sounds like a good thing, it’s also about balance and perception, the scientists say.

Bollag reported in 2018 in the Journal of Investigative Dermatology that PG inhibits toll-like receptor activation by antimicrobial peptides produced by skin cells for protection, which are produced in excess in psoriasis. At such high volume the body views these antimicrobials as indicators of damage, called DAMPs, or damage-associated molecular patterns, which are known to activate toll-like receptors, and they help perpetuate the vicious cycle of lesions of red, flaky, raised skin that are a psoriasis hallmark and which PG can interrupt.

The many questions they are looking to answer now with the new grant include more about how DOPG works in the cornea.

Back in the skin, Bollag had seen that DOPG is particularly adept at increasing the proliferation of skin cells that have stopped growing as soon as they touch each other, rather than keep growing to form the impenetrable barrier of healthy skin.

Since cornea healing also requires enhanced cell growth, they decided to try this PG species in corneal cells. They found DOPG stimulated the healing of a scratched corneal cell layer by about 40% while a mixture of PGs derived from eggs actually inhibited healing about 30%. In mice with an impaired ability to heal, injuries were about 50% smaller 28 hours after DOPG treatment and healing was significantly enhanced in healthy mice as well.

The scientists found higher DOPG doses actually resulted in lower wound healing and now want to find the optimal dose, something the new grant will enable them to pursue, along with optimal timing for dosing.

The little-studied DOPG’s apparent effect on toll-like receptors is a relatively new finding but the scientists suspect, and will also further explore, that at least one way DOPG works to inhibit toll-like receptor activation in the cornea is through their co-receptor CD 14, which is good at detecting bacteria by sniffing out large molecules on the bacteria’s exterior.

While there are definite differences, the skin and cornea both contain a lot of similar cell types and express a lot of similar proteins, notes Bollag. “They respond to a lot of the same things,” she says.

How the cells are layered is one clear difference, with the cornea being transparent, notes Watsky. Like the skin for the body, the cornea provides a barrier protection to the eye, but here it needs to be clear to enable clear vision. “It’s the strongest refractive part of the eye so if light does not enter there it doesn’t get to the retina and you don’t see,” says Watsky. The cornea and inner eyelid also are both supposed to be smooth.

Today, a common course of treatment for corneal injury could include topical antibiotics to fight infection and a corticosteroid to fight inflammation. As with any medication, there are side effects, which in this case includes acute—and potentially blinding—glaucoma from topical steroids as well as an increased risk of infection in this dance of drugs where one fights infection and another inflammation, a natural part of the body’s fight against infection.

The newly published research was funded by the National Eye Institute.

The scientists note that PG already is added to several existing eye products including over-the-counter treatments for dry eyes and a prescription drug for macular degeneration.

Corneal wounds can result from seemingly innocuous things like vigorous rubbing, very dry eyes, wearing contact lenses too long or errant grains of sand or concrete dust. Tears, which should constantly bathe our eyes, have components that lubricate, fight infection and aid healing, the investigators note.

For most of us, a relatively superficial scratch should heal even before a skin wound might.

The cornea is one of the most innervated tissues in the body—a natural defense mechanism that becomes clear when we can’t even ignore a single errant eyelash in the eye, Watsky says.