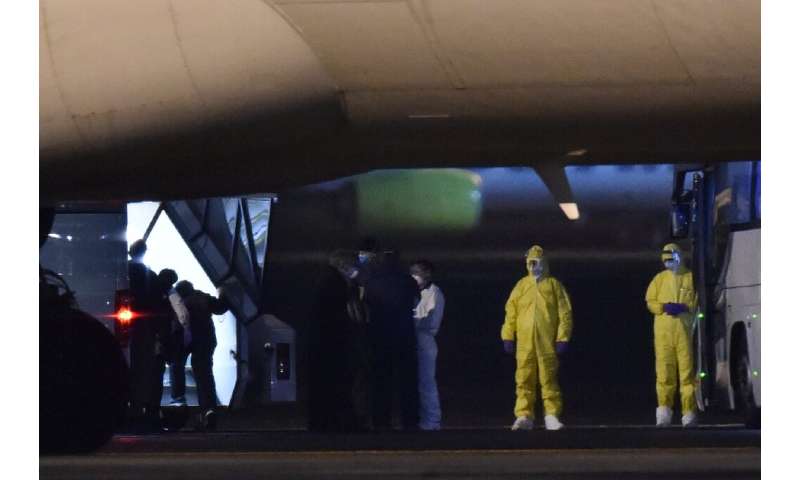 More than a dozen infected Americans from a coronavirus-riddled cruise ship off Japan flew on evacuation flights to the US with other passengers on Monday, as the epidemic claimed more lives in China to take the death toll above 1,700.

The COVID-19 virus has infected more than 70,500 people in its epicentre of China and sparked panic buying, economic jitters and the cancellation of high-profile sporting and cultural events.

With fresh cases emerging daily in Japan, the government has advised citizens to avoid mass gatherings, and on Monday cancelled celebrations for the Emperor’s birthday—an annual jamboree that sees thousands of well-wishers descend on central Tokyo.

Beijing’s municipal authorities have ordered everyone arriving in the capital to self-quarantine for 14 days, the presumed incubation period of the virus. State media said China may postpone its annual parliament session, which has been held in March for the last 35 years.

Outside China, the biggest cluster of infections is from the Diamond Princess cruise ship off Japan’s Yokohama, where an additional 99 cases were revealed on Monday.

That brought the total to 454 diagnosed despite passengers being confined to their cabins during a 14-day quarantine.

As criticism grows of Japan’s handling of the ship crisis, governments are scrambling to repatriate their citizens, with Canada, Australia, Italy, and Hong Kong poised to follow Washington in removing nationals from the vessel.

Early Monday more than 300 passengers were transferred onto coaches via a makeshift passport control and loaded onto two planes heading for air bases in California and Texas. 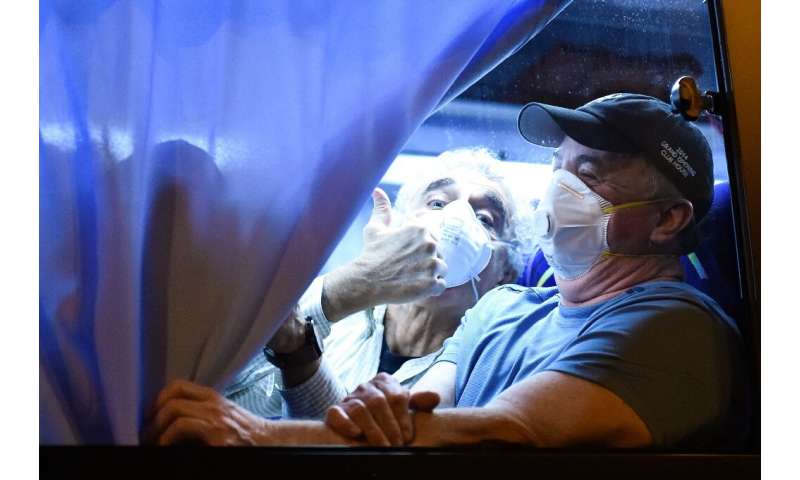 The first flight touched down at Travis Air Force Base in California shortly before midnight Sunday.

Before they boarded the flights, US officials were informed 14 of them tested days earlier had received positive results. Authorities allowed them to board but isolated them from other passengers in a “special containment area”.

Those on board were expected to undergo a further 14-day quarantine period on US soil.

“I am happy and ready to go,” Sarah Arana told AFP before leaving the ship. “We need a proper quarantine. This was not it.”

Australia became the latest country to order its citizens evacuated from the ship, with Prime Minister Scott Morrison saying more than 200 Australians still on board would be rescued on Wednesday.

‘My health is fine’

Some Americans on the ship, however, declined the government’s offer.

“My health is fine. And my two-week quarantine is almost over. Why would I want to be put on a bus and a plane with other people they think may be infected when I have spent nearly two weeks isolated from those people?” tweeted Matt Smith. 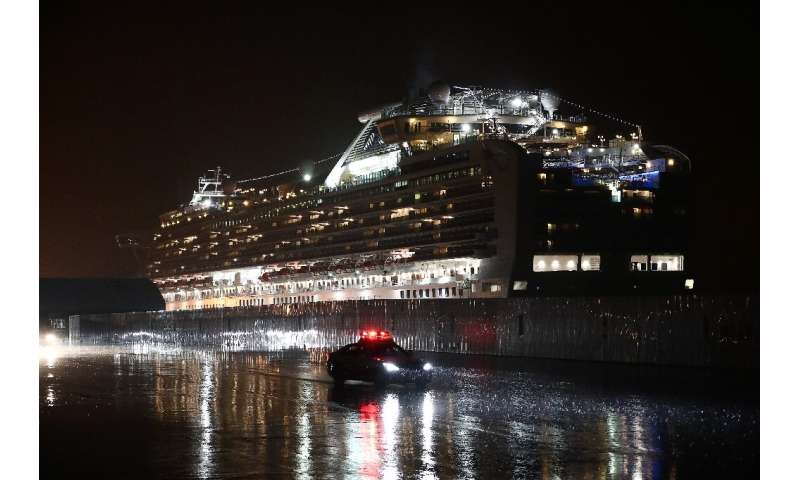 Forty other US passengers tested positive for the virus and were taken to hospitals in Japan, said Anthony Fauci, a senior official at the National Institutes for Health.

It was not immediately clear if they were already counted among the 355 confirmed cases on the ship.

In China, authorities have placed about 56 million people in Hubei under quarantine, virtually sealing off the province from the rest of the country in an unprecedented effort to contain the virus.

Chinese authorities have pointed to the slowing rise in cases as proof their measures are working, even as the death toll climbed to 1,770 with more than 11,000 recovering.

But World Health Organization head Tedros Adhanom Ghebreyesus has warned it is “impossible to predict which direction this epidemic will take”.

Fears are mounting over passengers on the Westerdam cruise ship, who all received a clean bill of health when they disembarked in Cambodia—a staunch Beijing ally. 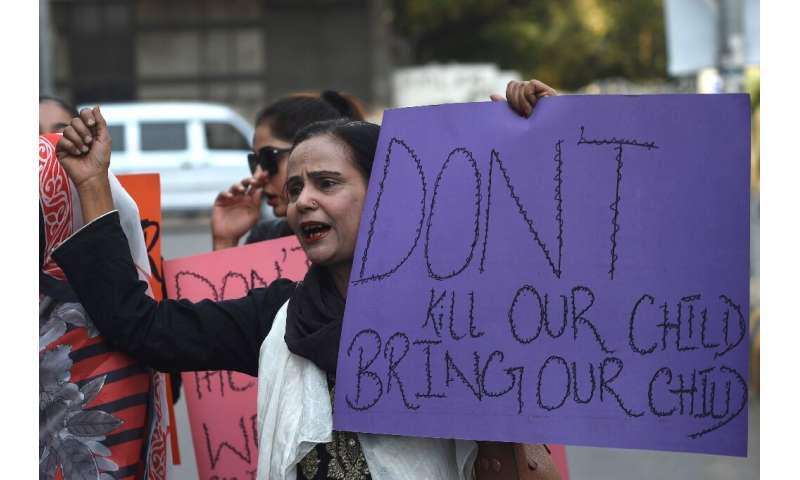 But an 83-year-old American woman was stopped by authorities in Malaysia over the weekend when she was detected with a fever and later diagnosed with the virus.

There were more than 2,200 passengers and crew on the ship when it docked in Sihanoukville, many of whom have now dispersed around the globe.

With the virus battering tourism and disrupting global supply chains, experts are fretting about the toll it could take on a fragile global economy.

IMF chief Kristalina Georgieva said there could be a cut of around 0.1-0.2 percentage points to global growth but stressed there was “still a great deal of uncertainty.”

Coronavirus virus fears surged through Asian markets, with traders also unsettled by news that Singapore had cut its growth forecast for this year as the virus hammers the city-state’s tourism and trade.