A bacterial strain adapted to life in our noses may help prevent the painful, chronic inflammation of sinusitis. This discovery could lead to the development of a probiotic nasal spray to treat the condition. 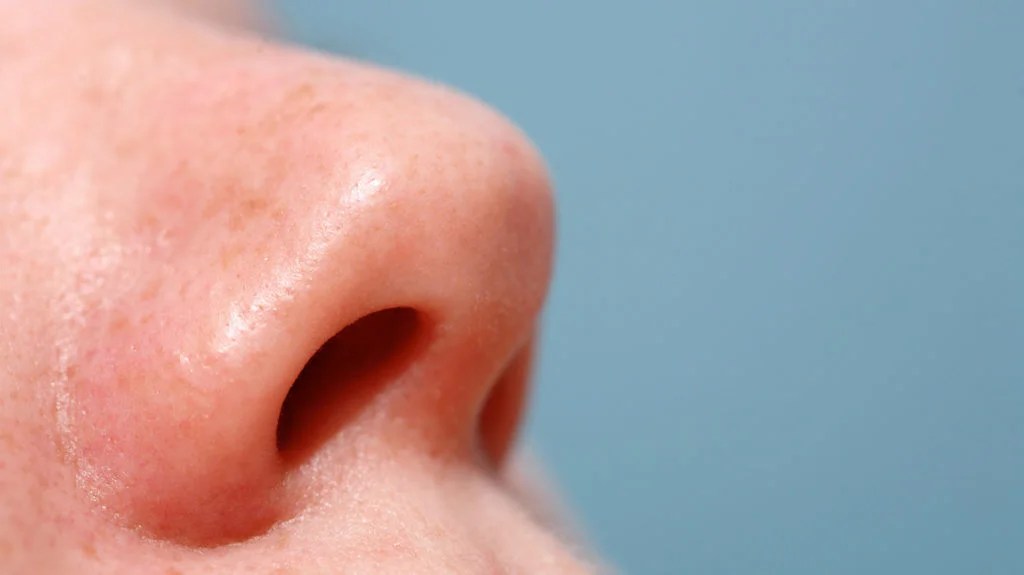 “Friendly bacteria” from the genus Lactobacillus are known to have beneficial effects in the gut, genital tract, and skin, where they protect against infection and modify immune responses.

Lactobacilli are rod-shaped bacteria that ferment sugar, producing lactic acid as a byproduct, which can inhibit the growth of other microorganisms. This type of bacteria usually prefers to grow in conditions with either no oxygen or tiny amounts.

Little is known, however, about the potential benefits of Lactobacilli that live in our noses.

Now, research in the journal Cell Reports suggests that a strain of Lactobacillus adapted to living in the nose could protect against chronic rhinosinusitis.

Also known as sinusitis, this painful condition results from inflammation of the sinuses and nasal cavity, and 1 in 8 adults in the United States experience symptoms.

Probiotics are “live microorganisms which, when administered in adequate amounts, confer a health benefit on the host.”

Prof. Lebeer became interested in bacterial communities in the nose when her mother underwent surgery for recurrent headaches and chronic rhinosinusitis. “My mother had tried many different treatments, but none worked. I was thinking it’s a pity that I could not advise her some good bacteria or probiotics for the nose,” says Prof. Lebeer. “No one had ever really studied it.”

The professor of applied microbiology and biotechnology and her team began by comparing nasal bacteria from 100 healthy people with samples from 225 people with chronic rhinosinusitis.

Using sensitive genetic sequencing methods, the researchers discovered that the healthy people had up to 10 times more Lactobacilli in some parts of their noses.

The team then identified strains of bacteria only found in the healthy subjects.

To rule out any that could have originated in fermented foods or commercial probiotics, the scientists looked for bacteria with genetic and structural adaptations to life in the nose.

One substrain, called L. casei AMBR2, seemed particularly well-adapted. The casei strain of Lactobacillus has recently been given its own group name, Lacticaseibacillus, due to its distinctive characteristics, such as being able to live in oxygen-rich environments.

Most Lactobacilli prefer to grow in places like the gut, where oxygen is scarce and there is less risk of oxidative damage. But L. casei AMBR2 have a unique genetic profile that enables these bacteria to survive the high levels of oxygen in the nose.

The researchers also noticed that this type of bacteria is covered in flexible, hair-like tubes called fimbriae — which they believe may allow the bacteria to stick to the inner surface, or epithelium, of the nose.

In the lab, the team grew L. casei AMBR2 with epithelial cells from the upper respiratory tract, together with certain pathogens that commonly infect this part of the body. They found that the bacteria not only inhibited the pathogens’ growth but also reduced the cells’ inflammatory response.

Finally, the team developed a probiotic nasal spray containing the bacteria to see whether it could colonize the nose. This was a critical hurdle because the nose is adapted to filter out airborne foreign substances, which it usually clears in less than 15 minutes.

Crucially, the researchers first checked that the strain was not resistant to commonly used antibiotics.

Twenty healthy volunteers used the spray twice a day for 2 weeks, resulting in successful colonization of their noses by the bacteria. They experienced no adverse effects, and the bacteria were still there 2 weeks later.

Our study showed that L. casei AMBR2, which was isolated from the [upper respiratory tract] and shown to have superior properties in terms of oxidative stress tolerance and fimbriae structures, was able to adapt to and colonize the human nasopharynx and was well-tolerated. This highlights the importance of Lactobacillus taxa in the [tract] and the potential of L. casei AMBR2 as a probiotic for the [tract].

The next step will be to explore the strain’s anti-inflammatory properties and identify any other antimicrobial molecules that it produces in addition to lactic acid.

This proof-of-concept study showed that it is possible and safe to introduce L. casei AMBR2 into the microbiome of healthy volunteers.

The team’s ultimate goal is to develop and clinically test a probiotic treatment for sinusitis. “Sinusitis patients don’t have a lot of treatment options,” Prof. Lebeer explains.

Moreover, existing treatments can cause side effects, and those based on antibiotics can eventually lead to nasal bacteria developing resistance.

“We think that certain patients would benefit from remodeling their microbiome and introducing beneficial bacteria in their nose to reduce certain symptoms,” says Prof. Lebeer. “But we still have a long way to go with clinical and further mechanistic studies.”