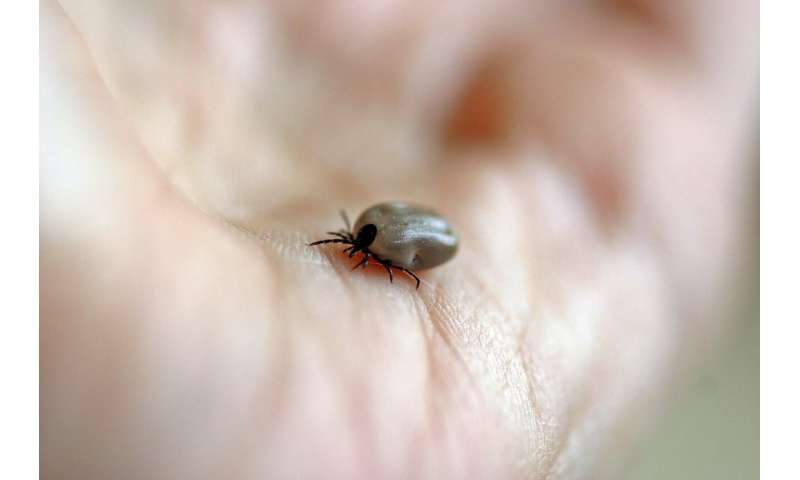 Lyme disease can have unusual presentations. Physicians and the public should be aware of its different manifestations, as people spend more time outside in the warmer weather and as the areas in Canada where the black legged tick is found expand. Three articles in CMAJ (Canadian Medical Association Journal), whichdescribe a fatal case in a 37-year-old man, atypical skin lesions and heart abnormalities in a 56-year-old woman and severe neurological symptoms in a 4-year-old boy, illustrate the diversity in clinical presentations of Lyme disease.

Lyme disease can affect the heart (known as Lyme carditis), which can result in serious heart rhythm abnormalities in a small group of people. Clinicians should be aware of the possibility of Lyme carditis in people presenting with atrioventricular heart block, especially in areas where Lyme disease is endemic. Patients may have had a rash. Early treatment with antibiotics is recommended to avoid complications, even before a diagnosis is confirmed.

The patient originally presented to his family doctor with flu-like symptoms, including fever, sore throat, nasal congestion and migratory joint pain. Several weeks earlier, he had been in contact with ticks but didn’t recall removing one. His physician suspected a viral infection, and the patient’s symptoms resolved.

Weeks later, he developed heart palpitations, shortness of breath and chest discomfort for which he was sent to the emergency department. Lyme disease was suspected as electrocardiography (ECG) showed complete heart block. He was admitted to hospital and started on treatment for Lyme carditis, but his condition worsened quickly. Clinicians were unable to reverse the course of illness and he died. Serology results confirmed Lyme disease, and an autopsy showed signs of Lyme carditis.

“The diagnosis of Lyme carditis is based on clinical suspicion and serology consistent with acute Lyme disease,” writes Dr. Milena Semproni, Infectious Diseases fellow at the University of Manitoba and Winnipeg Regional Health Authority, Winnipeg, Manitoba, with coauthors. “Unfortunately, diagnosis can be delayed while serology is being processed, and clinical suspicion should guide empiric treatment. Given that the early diagnosis is clinical, cases may be overlooked by clinicians, especially as Lyme disease moves into new geographic areas.”

In suspected cases of Lyme carditis, patients should have an urgent ECG performed and be started on antibiotics without waiting for serologic confirmation.

The authors note that serious heart rhythm abnormalities and sudden cardiac death can occur in a small group of patients, although it is uncommon. In the 10 other North American cases of sudden cardiac death attributed to Lyme carditis described in the literature, 8 patients were male, and the cases occurred between June and November, when ticks are active.

A reflection written by the man’s sister, with a video testimonial, https://youtu.be/lz7e29CewE8, describes the family’s initial concern that this was Lyme disease, the heartbreak caused by his death and their hope for increased awareness and understanding of the disease.

Read a related article about a patient with a large red rash (erythema migrans), aches and chills who, after a second visit for heart palpitations, was found to have Lyme carditis. The patient recovered with antibiotic treatment.

While the bull’s eye rash is usually considered a feature of Lyme disease, in some cases, the rash doesn’t follow the usual pattern.