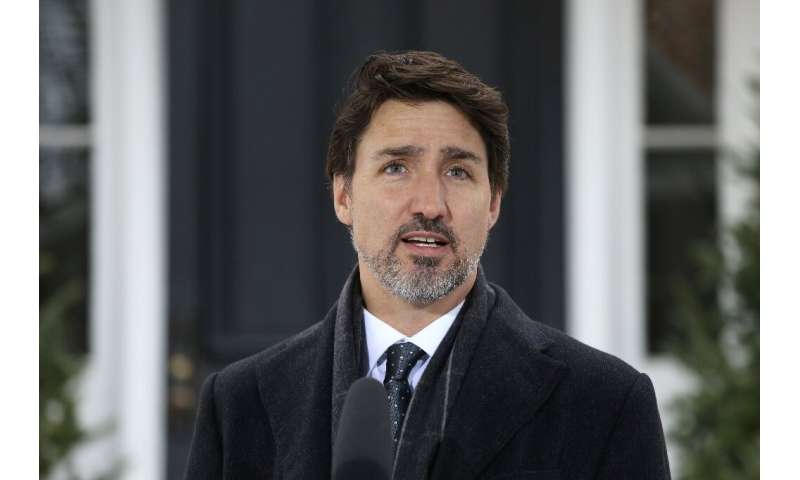 Prime Minister Justin Trudeau said Saturday that Canada’s approach to reopening its economy from the coronavirus shutdown would be “cautious” and not depend on the development of widespread immunity in the population.

“I don’t think there are any of the plans that hinge on certain people or individuals being immune or having immunity to COVID-19,” he said at a daily news briefing.

The World Health Organization (WHO) warned Saturday that there was no proof that people who survive infection by COVID-19 gain immunity to the disease.

It cautioned against the idea, being entertained by some countries, of issuing “immunity passports” to such people as one step toward reopening economies.

For now, he added, the emphasis would be on continuing to urge social distancing measures and providing more personal protective equipment.

“The idea of sort of generating natural immunity is actually not something that… I think should be undertaken,” she said.

“We would, you know, really be extremely cautious of that kind of approach,” Tam added.

Authorities in Quebec had last week raised the possibility of gradually building collective immunity—or herd immunity—for people in the province.

Trudeau met Friday with provincial leaders to discuss how to wind down weeks of confinement.

Each province will have to make its own adjustments, Trudeau said, while adding that the national government would retain an important coordinating role to avoid confusion.

Also Saturday, the outspoken premier of Ontario blasted a group of about 100 protesters as a “bunch of yahoos” after they rallied in front of the provincial legislature in Toronto to denounce stay-at-home measures and demand businesses reopen.

“It’s irresponsible, reckless, and it’s selfish. It just burns me up. We’ve worked so hard and we have a bunch of yahoos out there thinking it’s right,” Doug Ford said at his daily news briefing.

“They’re breaking the law and putting everyone in jeopardy… God forbid one of them end up in the hospital down the street.”

Ontario, Canada’s the most populous province, has seen 13,900 cases of coronavirus and 901 deaths.