Bridging the gap between AI and the clinic 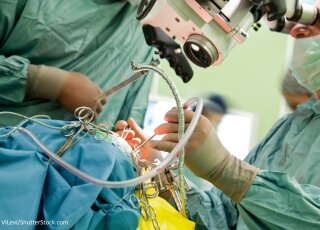 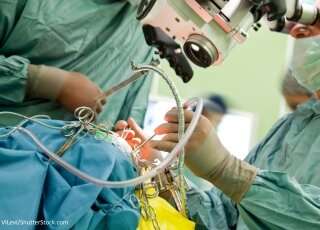 The power of artificial intelligence (AI) in medicine lies in its ability to find important statistical patterns in large datasets. A recently published study is an important proof of concept for how AI can help doctors and brain tumour patients make better treatment decisions.

Meningiomas—tumours that arise from the membranes that surround the brain and spinal cord—are the most common primary central nervous system tumour, with an incidence of 8.14 per 100,000 population. While they generally have better outcomes than other brain tumours, there is a great deal of variability in aggressiveness. Being able to predict malignancy and accurately estimate survival is therefore incredibly important in deciding whether surgery is the best option for the patient.

In this study, researchers from The Neuro (Montreal Neurological Institute-Hospital) and the Montreal Children’s Hospital of the McGill University Health Centre trained machine learning algorithms on data from more than 62,000 patients with a meningioma. Their goal was to find statistical associations between malignancy, survival, and a series of basic clinical variables including tumour size, tumour location, and surgical procedure.

While the study demonstrated that the models could effectively predict outcomes in individual patients, the researchers emphasised the need for further refinements using larger sets that include brain imaging and molecular data.

They also developed an open-source smartphone app to allow clinicians and other researchers to interactively explore the predictive algorithms described in the paper. They hope that making the app entirely free and open source could help future projects translate newly developed machine learning algorithms to real-world clinical practice. The app is available here for demonstration: http://www.meningioma.app

Jeremy Moreau, a Ph.D. candidate and the study’s first author, says the idea of the app was to make the predictive models accessible for the average clinician. While more work is necessary before it can be used in clinic, Moreau says putting it in the hands of doctors allows them to give suggestions that will be needed for further development.

“We have gotten great feedback on how the app can be used to explore how different clinical factors might influence malignancy and survival,” says Moreau. “We believe it provides a unique entry-point for furthering the translatability and transparency of machine learning models, which too often remain impossible for the average clinician to evaluate because of the time and programming knowledge this would require.”