What we know and don’t know about the new coronavirus 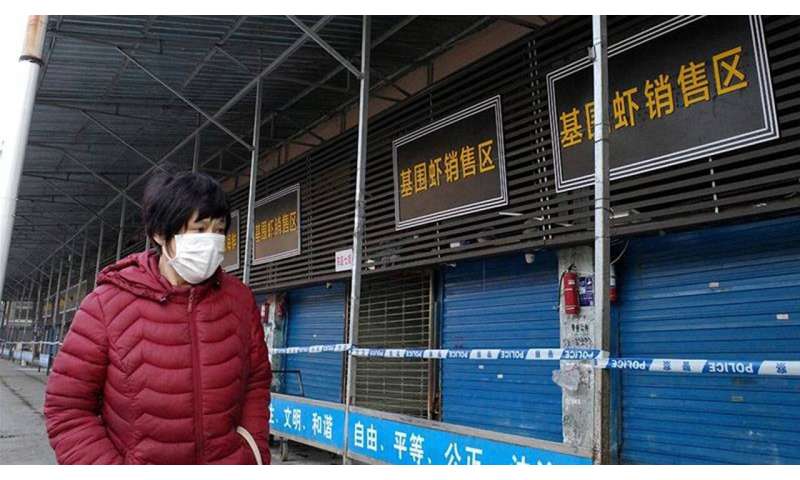 A new coronavirus not previously detected in humans has rippled through parts of China, spreading to more than 440 people since first appearing in the central Chinese city of Wuhan in late December.

Coronaviruses are a large class of viruses ranging in severity from the common cold to deadly respiratory infections such as severe acute respiratory syndrome, or SARS. Although the risks and severity of this new form of coronavirus are still unknown, as of Wednesday the virus has been linked to nine deaths in China. Cases of coronavirus have been documented in the United States, Japan, South Korea, Taiwan, and Thailand, and suspected cases are under investigation in Australia and the Philippines. The World Health Organization will meet today in Geneva to discuss the outbreak and whether it should be declared an international public health emergency.

At Johns Hopkins, the Bloomberg School of Public Health’s Center for Health Security recently held a simulation of a coronavirus outbreak that resulted in near global collapse. In response to that simulation, which was called Event 201, the center published on Friday a call to action with the World Economic Forum and the Bill and Melinda Gates Foundation suggesting that the next global pandemic “will not only cause great illness and loss of life” but could also lead to “major cascading economic and societal consequences.”

The difference in this case, says Tom Inglesby, the center’s director, is that there’s still time to get right the public health response to this new coronavirus.

“Fortunately, we’re in the early days of this story compared to the simulation, which focused on events that are much further along in the course of an epidemic or pandemic,” Inglesby says. “Of course, we hope we don’t get to the point of the simulation and there are many efforts underway to control it, but it’s good to begin to prepare for and think about the kinds of serious interventions that could be needed, either in this epidemic or in a future one.”

Inglesby spoke with the Hub about the new coronavirus and the public health interventions that could help prevent its spread.

What do we know—and what don’t we know—about this new coronavirus?

This new coronavirus is concerning, but it’s still early, so there are a number of things we need to learn about this virus.

We don’t have a lot of information yet to understand where this virus will fall in the spectrum of severity. There are coronaviruses in the world that are prevalent and mild—when people get infected, we don’t talk about it because they recover. And then there are coronaviruses that are much more concerning, like SARS. We don’t know exactly where this will fall because all the information is so new.

We also want to learn more about the extent to which there are very mild infections or even asymptomatic infections going on. It’s important to figure out as quickly as possible whether the severe cases are common or uncommon.

But there are concerning things about it, which include the fact that Chinese health authorities are reporting that there is evidence of human-to-human transmission. Also concerning is the fact that a reported 14 health care workers have gotten sick from the illness. We don’t know whether they were infected before they were aware that special precautions may have been needed, so it’s hard to interpret that yet, but it’s an important sign of concern.

We also don’t yet have a sense of how sick this virus is going to make a larger population. There have been deaths associated with the illness, but we don’t know yet whether they all had underlying serious medical conditions or whether any of them were previously healthy. Understanding that will be very important for understanding the risk to the general population.

Could this outbreak be exacerbated by the upcoming Lunar New Year celebrations in China?

There is an enormous amount of travel during the Lunar New Year celebrations, so many people will be moving around China. And I certainly agree with Chinese public health authorities who are encouraging people who feel unwell not to travel. They’re also encouraging people that if they are traveling and they become ill, then they should go see doctors when they get to where they’re going. I don’t think it’s possible to change the direction of that holiday, given that it’s already kind of in progress, but people should be responding to sensible public health interventions to do what they can to minimize the spread of the disease.

What are some of the public health interventions that you’d like to see governments put in place to contain the spread of coronavirus?

Most of the proven public health interventions that we can put into place happen at the local and hospital level—such as isolation of the sick, protection and training of health care workers, and good administrative controls in a hospital. Rapid, effective, and safe isolation of people who are identified as having potential coronavirus infection will be very important.

On a more macro national level, there are fewer proven options for containment. But the more that we can inform the public so they can make good decisions, the better. Public health authorities like the U.S. Centers for Disease Control and Prevention, the Chinese CDC, and the local health authorities in Wuhan are trying to promote messages about what people should be looking for and encouraging them to seek medical help if they are feeling ill.

What about health screenings at airports, as we’ve seen in place in Los Angeles, San Francisco, and New York? Is this effective?

It’s difficult to say anything’s a standard procedure because every epidemic has different dynamics. In the past, there has been mixed evidence about the value of airport screenings in preventing the spread of a respiratory illness, but in this case, because this illness is so new and we’re still trying to get a sense of the extent of its spread, it has been valuable. Departure screening at international airports where the disease is prevalent—particularly Wuhan at this point—makes sense as a means of trying to decrease the likelihood of sick people getting on planes and moving it to other countries. It’s reasonable to ask people to identify themselves if they’ve been feeling ill and to have public health authorities at the airport where international travel is happening to screen patients to identify anyone who is showing any signs of respiratory illness. Arrival screening has also been able to identify cases in Japan, Thailand, and South Korea, so it does make sense as an intervention at this point in the epidemic.

What were your thoughts when you read reports about the spread of a new coronavirus—the stirrings of Event 201, your center’s simulation?

I very much hope that we don’t get into a situation like the one Event 201 was simulating. What we tried to do in that exercise was to shine a light on the kinds of things that the public sector—governments—and the private sector would need to do together to be able to cope with a big pandemic. They would need to accomplish things like preserving international travel and trade despite enormous pressure to interrupt that, or developing, allocating, and distributing medical countermeasures around the world. We don’t currently have a countermeasure for the coronavirus that’s been discovered in China, but if we were to be fortunate enough to develop a vaccine against this or some kind of countermeasure or therapy, there would be important questions about where that medicine or vaccine was distributed and how to do it in a way that gets it to people who need it despite political pressures, manufacturing bottlenecks, and distribution choke points.