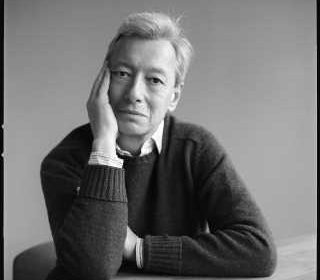 Frédéric Malle is an avid consumer of high culture — but that doesn’t impact his work very literally. The entrepreneur and self-described “perfume editor,” who is celebrating the 20th anniversary of his business with a book of his various inspirations and creations, titled “Éditions de Parfums Frédéric Malle: The First Twenty Years,” said his taste in art varies as widely as the array of scents his brand offers.

“You have to see our company a little like the MoMA [Museum of Modern Art], where [Henri] Matisse meets [Piet] Mondrian. You also have [Jackson] Pollock in there, and much more contemporary things. Although we want to be modern, we want to be extraordinary,” he said.

Where his perfumers, whose names he famously puts on each flacon, are artists, Malle sees himself as more of a curator, digesting each formula and paring down as need be. He compared Jean-Claude Ellena, behind the fragrances Rose & Cuir and L’Eau d’Hiver, to the simplicity of David Hockney, while the nose behind Musc Ravageur, Maurice Roucel, he said, is much more expressive.

As for who he’d liken himself to, modernist architect Ludwig Mies van der Rohe feels like the closest pairing. “He has this simplicity that you can only get through thousands of hours of work, and quite a bit of thinking. But when you see the work, it seems completely seamless and obvious,” Malle said.

Although art is a stalwart in Malle’s personal lexicon, he maintained the correlation between art and fragrance is indirect. “There is not a direct link or inspiration between a painting or a place and a perfume,” Malle said. “But you acquire, through time, a compass for taste. It’s a compass that applies to visual art, and it also applies to perfume. I’m nevertheless surrounded by art, and it raises my expectations. When you live in that world, you live in a more energized world, and it forces you to reach for that level of art when you do your job.”

Eye Candy: Glam That Stands The Test Of Time