You won't find the word Orcé in the dictionary, but the closest entry would be force. "I want to portray Asian women as a force to be reckoned with," founder of the beauty brand, Yu-Chen Shih, tells Allure. "That's where Orcé is derived for us."

Before launching Orcé Cosmetics's line of foundations in February 2019, the way other beauty brands and Hollywood portrayed Asian women bothered Shih. They "perpetuated a lot of untrue and unfair stereotypes, such as Asian women are submissive, weak, 'exotic,' and sex objects," she shares.

With Orcé's base makeup offerings and brand philosophy, Shih strives to change the representation of Asian women in beauty and beyond. She sat down with Allure to share more about her efforts.

Born in Taiwan and raised in Singapore, Shih was always fascinated with makeup, giving her friends makeovers when she was as young as 11. "And as somebody who loved playing with makeup, I had never been able to find a foundation that worked for my skin," Shih recalls. "I was always considered to be on the darker side, in terms of [Asian] skin tone."

Shih says she was bullied for just that by her classmates and relatives on her mom's side of her family, noting the colorism existing within Asian communities. 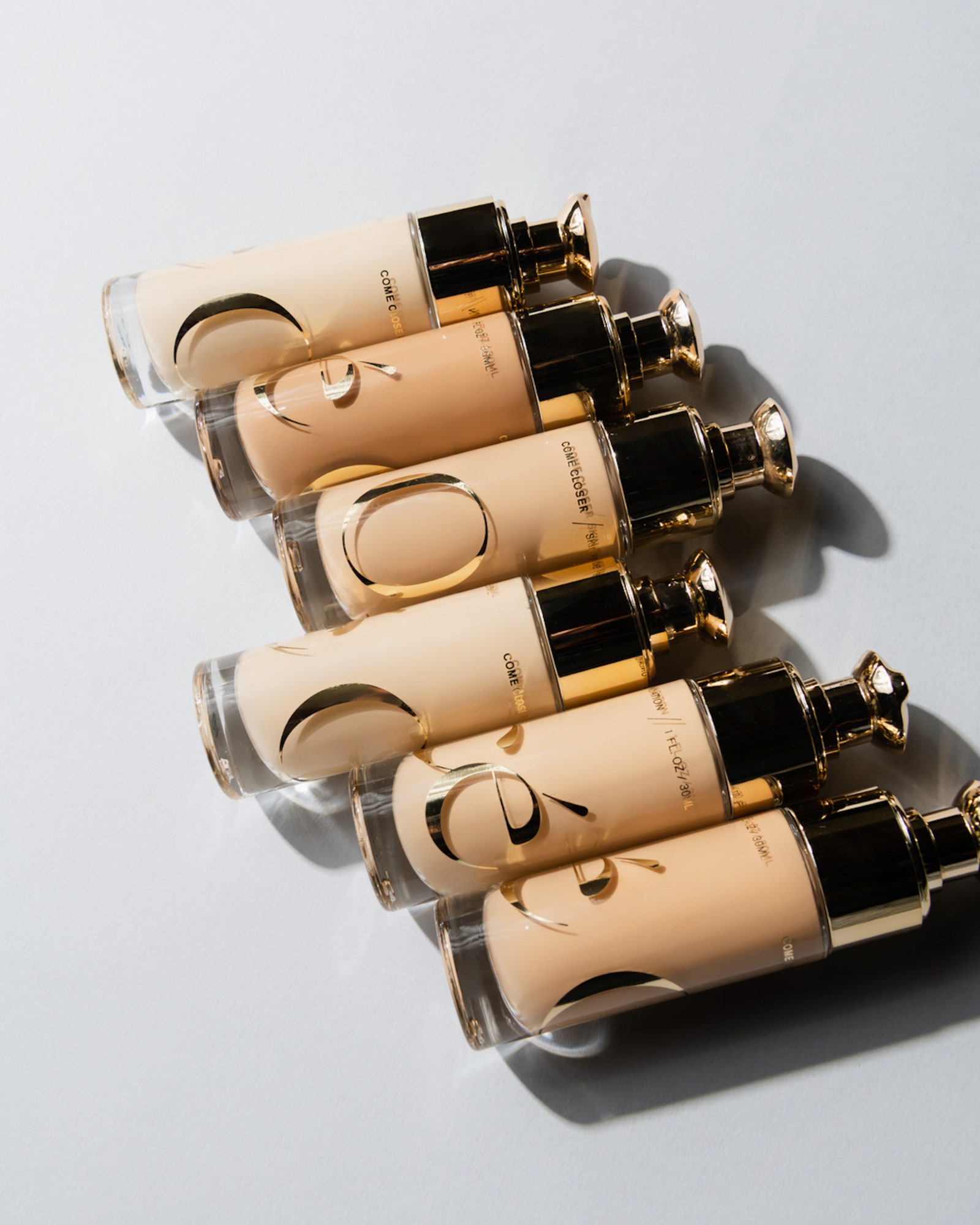 "Even until today, the beauty principals in Asia generally is the fairer the better," she explains. "And if you are darker-skinned, you tend to be perceived as less civilized, less educated, whore. That was the kind of stereotypes I faced growing up in Asia because of my father, he's from an Aboriginal tribe in Malaysia that descended from Polynesia. They're called the Austronesian people. My mother on the other hand is Taiwanese — skinny, tall, fair-skinned, dark hair. So I always felt like I was the wrong type of Asian."

Beauty brands just furthered the colorism in Shih's life. She tried out Japan and Korea's foundation offerings, but both tend to have limited shade ranges offering a narrow variety of fair hues that completely overlooked medium and deep skin tones. Even when she explore options from Western brands with wider shade ranges, Shih noticed the undertones were never quite right for Asian skin tones. Some are too pink- or yellow-toned; others leave complexions with an ashy cast. "Fourteen-year-old me was thinking, 'I need to be fairer. I need to whiten my skin so I can be considered beautiful and accepted within the range,'" Shih recalls.

With Orcé, Shih, who has been living in Los Angeles since she was 18, believes she's addressing the white space in the industry with her foundations. Before launching the brand, Shih surveyed more than 100 Asian women to provide formulas from scratch with more accurate undertones and don't try to color-correct skin to make it look whiter. Because of the latter, non-Asian celebrities like Jessica Biel and Olivia Palermo have become fans of Orcé, too. 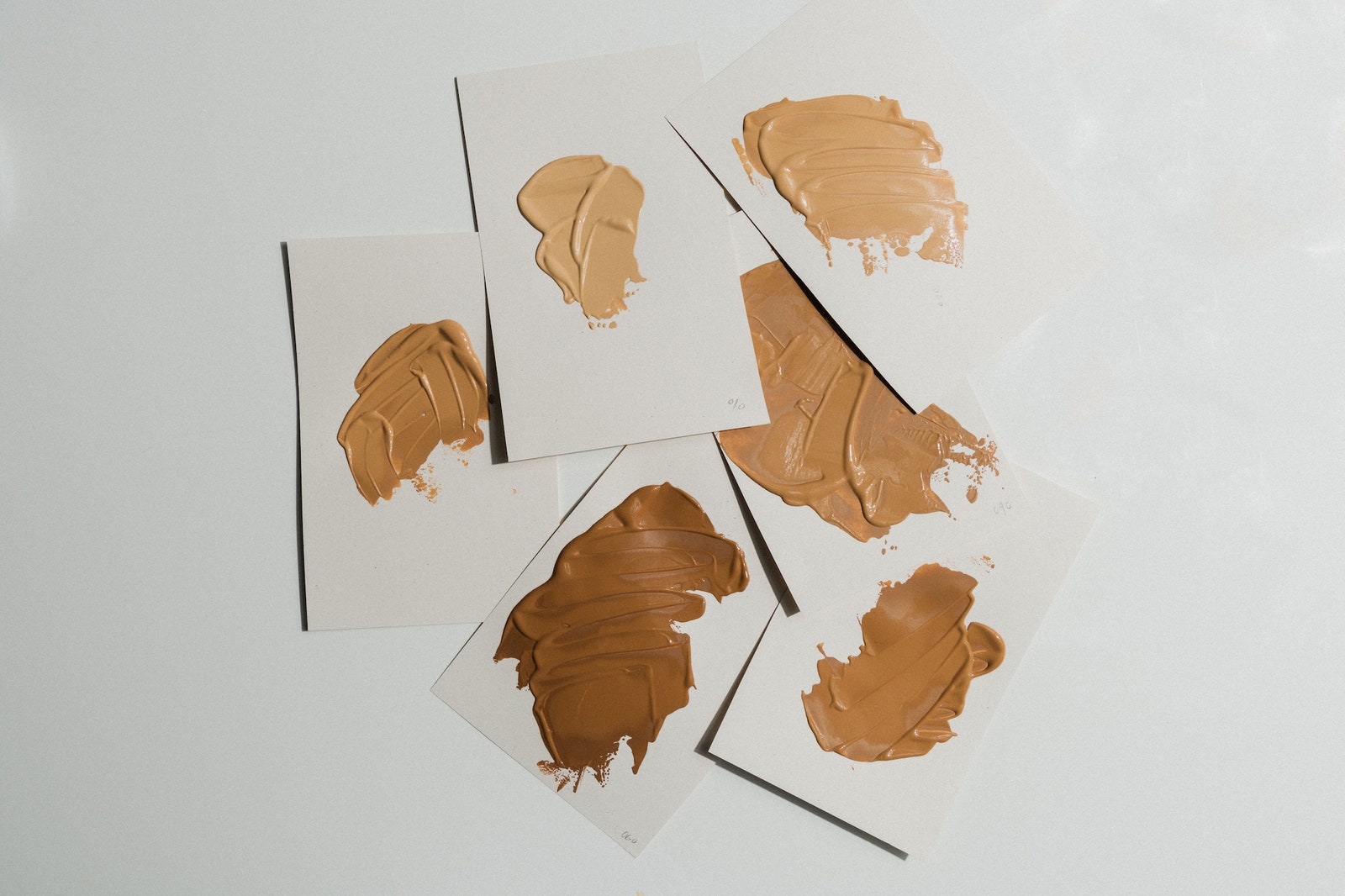 At the moment, only six shades are available, but Shih says several deeper ones are in the works. Earlier this year, she started a research and development Facebook group to get a better grasp of Orcé's customers' needs. "We've collected a lot of suggestions of what shades our customers want us to create," Shih adds, "and we are working on a shade extension that will be launched early next year." She also hinted at adding another base product to the lineup.

Another pervading issue in Asian communities that's concerned Shih is the way sexual assaults are handled.

Last year, Shih read an interview with Amanda Nguyen, the founder of Rise, which is a social justice organization working to expand the rights of sexual assault survivors. Nguyen discussed her experience with sexual assault and how it drove her to become an activist and fight for the rights of other sexual assault survivors. "That actually triggered a lot of emotions on my end because I'm a survivor myself," Shih shares. "I was raped in 2014, and I never thought I would ever have the courage to speak out about my story or do anything about it. My way of dealing with the trauma was to just disassociate myself and pretend it didn't happen to me."

After reading Nguyen's story, Shih not only realized the rights she should have and the fact that rape kits exist but also she realized how impactful it was to see another young Asian woman not let her assault silence her or define her. In Asian communities, this is an unusual approach, Shih notes. "We've been taught that if something like this happens to you, it's shameful, so just make sure nobody finds out about it," she explains.

Shih ended up reaching out to Nguyen to thank her for her work and shared her own story. The pair stayed in touch, and Nguyen told Shih about Rise's new Rise Up 19 initiative, which helps provide safe havens for survivors of sexual and domestic violence during this difficult time.

Wanting to further support this, Shih decided to partner up with Nguyen, and starting this month, 15 percent of Orcé's net profits will go towards the program. The brand is also sharing information on it on social media and in newsletters. "The more people know about it, the more awareness we can generate, the more businesses we can get on board to support this program,” Shih says. "More survivors who didn't know they have rights, who didn't know that they have resources, who didn't know that there are ways they can call for help, can get to a safe place. And as we were planning this, I found the courage to share my story."

You can check out Orcé's offerings on orcecosmetics.com and learn more about Rise on risenow.us.