Serotonin is a master regulator of neuroregeneration 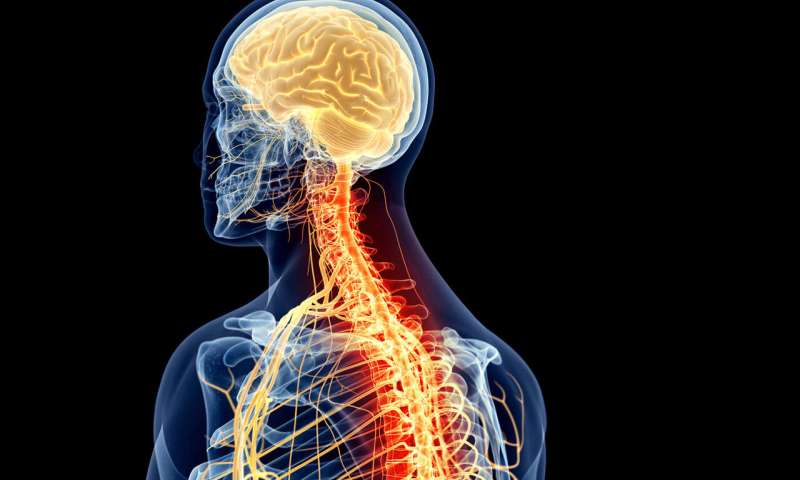 Neuroregeneration entails not only neurogenesis, but also regrowth of lost connections and birth of non-neuronal cells. While adult neurogenesis in humans is only known to occur definitively in a few precisely circumscribed regions of the brain, work in other species suggests that science has only scratched the surface of the full regenerative potential of our own nervous systems.

The serotonergic system has widely been shown to control many aspects of neuroregeneration. In some regions, it facilitates neurogenesis, while in others, it seems to inhibit it. In the case of inhibition, a recent example has been published in PLOS Biology. The authors used a zebrafish model of Alzheimer’s disease to show that amyloid-induced interleukin-4 (IL4) promotes neurogenic stem cell proliferation by suppressing the production of serotonin. In these animals, there is a unique neuro-immune interaction through which IL4 secreted by dying neurons activates microglia. In turn, microglia reciprocate by revving up neural stem cell proliferation.

While many in the medical field bemoan the task of trying to apply often nebulous findings from one species to another, this necessary evil is no bug in the system. Rather, it is often its most powerful feature: The very act of translating observations between species reliably generates the most insightful nuggets of knowledge. In contrast to humans, adult zebrafish have neurogenesis in spades. It can be found in one form another virtually anywhere.

The argument is frequently made that the unparalleled runaway proliferation of neural and glial precursors seen in neurodevelopment resembles cancer. For one thing, the key process of glutaminolysis whereby glutamine converts to glutamate and enters the citric acid cycle equally feeds both tumor growth and neurogenesis.

Phys.org has just reported that mitochondria in the fetal neocortex import a recently evolved and human-specific gene known as ARGAP11B to proliferate new cells through glutaminolysis. The protein product of ARGAP11B acts to close a leaky pore in the mitochondrial membrane through its interaction with multifunctional nucleotide transporters. We will discuss these ANT (adenine nucleotide translocators) transporters in more detail below, but first, a bit more about neuro-immune interactions.

It is now commonly appreciated that peripheral immune stem cells (and even fetal cells from pregnant moms circulating in maternal blood) can migrate across the adult BBB and fuse with local neurons to create all kinds of new hybrid entities. The opposite migration, however, is still largely unknown in nature. Surprisingly, researchers have recently discovered that neural progenitor cells in the developing mouse brain can exit through the BBB to join the general circulation. From there, they infiltrate incipient prostate tumors and fuse with the local cell population. Incredibly, these cells then spawn full-blown adrenergic neurons of the sympathetic variety that nourish and expand the developing tumor. Somehow, the tumor seems to be attracting neurons to itself in order to survive.

On the other hand, the nervous system can also put the brakes on cell proliferation and tumorigenesis. For example, nociceptor neurons from the dorsal root ganglia directly protect against salmonella emigration from the gut by regulating the density of the microfold “M” cells. These M cells are critical sites through which the bugs escape to wreak havoc on the body at large. Curiously, the nociceptor neurons don’t only control the cells of their owner, they also directly control the population of the “good” bugs—namely, the segmentous filamentous bacteria that mediate resistance to salmonella in the Peyer’s patches of the ileum.

Where does all this leave serotonin?

Everyone knows that serotonin is one of the major transmitters used in the brain. The perplexing states of mind resulting from use of many popular hallucinogenic drugs that mimic serotonin are believed to act specifically at the 5-HT2A receptor variety. But what might serotonin do that good old glutamate, dopamine or acetylcholine are not known to do? One thing serotonin does, and accomplishes specifically through 5HT2A receptors is control the minting of new mitochondria. That’s not to say that the primary occupation of other transmitters is not somehow controlling mitochondria as well, we just don’t yet know fully how they might do it.

Discussing the biogenesis of mitochondria and the neurogenesis of new brain cells entails an instructive dilemma: Mitochondria are forced into competition with their own local master nucleus for access to nucleotides—necessary for both DNA repair and replication.

This dichotomous fact of life has profound implications for how brains, and for that matter, bodies, apportion mitochondria to cells. Take eggs as an example. They might have 100,000 or so mitochondria, each on average containing perhaps two nucleoids stocked with 16kb of DNA apiece. If nuclear DNA is of the order roughly 200,000 times longer than the mtDNA, then it is fair to say that eggs equally share their nucleotide pool between mitochondria and nucleus. The only other cells that have anything close to this nuclear-mitochondrial parity are neurons. A major difference between the two is that while the egg is an extreme example of cell proliferation, mature neurons don’t (usually) divide at all.

Like whole cells, mitochondria come equipped with transporters (like the ANTs mentioned above) in their inner membranes, which they use to secure nucleotides. Intriguingly, when there is a problem with the ANT transporters, severe mental disorders can result. When similar ANT mutants were explored in mouse models, it was found that the activity of the serotonergic system went through the roof.

In the zebrafish studies, the reduction of serotonin that leads to increased proliferation was observed in the hypothalamic core region of the brain. Some other regions of the brain actually demonstrated the opposite effects. The researchers found the the reduction of serotonin resulting from stimulation of the neuro-immune axis was caused by inhibition of the enzyme that makes serotonin from tryptophan. The larger body-wide tryptophan ecosystem is responsible for maintaining levels of other important products, including nicotinamide adenine dinucleotide (NAD), and to a lesser extent, the peptide hormone melatonin.

Although NAD can be generated by the so-called “Preiss-Handler” pathway from niacin or from salvage pathways through nicotinamide, its “de novo” synthesis from tryptophan is an essential contributing pathway in the nervous system. Being able to synthesize NAD on demand from scratch is convenient, but also very expensive. The conversion ratio for the synthesis pathways is roughly 67 mg of tryptophan to make 1 mg of niacin.

The decision to route essential tryptophan stores into either serotonin, or to NAD is made locally in every part of the brain. Diverse anatomical nuclei and specialized cell types use restricted subsets of enzymes which little but the potluck of cell differentiation has apportioned to each them. Deficiencies in the intracellular metabolic circuits that synthesize both nucleotide stores and the many transmitter products required by neural cells and their mitochondria are made whole through the establishment of macrocellular transport circuits between them. Although these resultant neural structures give rise to high effects scarcely imaginable from their comparatively low enzymatic origins, many of their characteristics can now be intuitively comprehended through simple principles of metabolic supply and demand.

What is still far less certain territory today, but may soon be determined, is that the neural activity supported by different circuits should be explainable in similar terms. In other words, spikes themselves have an intrinsic meaning more basic than that of transmitting information to and from the external world. It has been suggested that other transmitters capable of acting through G-protein receptors, like, for example, GABA, have a primary function of controlling the availability of nucleotides to synaptic mitochondria. In particular, the second messenger systems of these transmitters continually lock and release variously phosphated purines between their cyclic and non-cyclic forms.