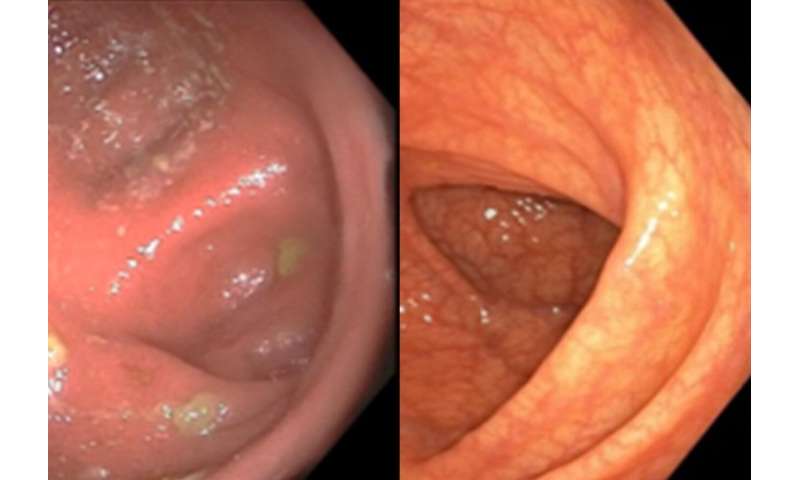 Only within the past few years has malignant melanoma been treatable with immunotherapy. However, in every second patient, strong autoimmune reactions such as skin rash or diarrhea occur after immunotherapy. Researchers from the Medical Center—University of Freiburg and Swiss colleagues have now shown that these reactions can be stopped with a specific light therapy. They treated a 29-year-old cancer patient with severe inflammation of the intestinal mucosa very successfully using extracorporeal photopheresis (ECP).

In this method, immune cells outside the body are mixed with a light-reactive drug, irradiated with UV light and returned to the body. The procedure presumably activates immune cells which stop the inflammation. The photopheresis therapy led to a complete resolution of the patient’s symptoms, while the ongoing cancer therapy successfully treated skin cancer. Previous, established treatment approaches had been unsuccessful. The case description was published in the renowned New England Journal of Medicine on 15 January 2020.

“The patient responded incredibly well to our new therapeutic approach. With extracorporeal photopheresis, we have found an important therapeutic option for him and hopefully for many other patients,” said study leader Prof. Dr. Robert Zeiser, head of the Department of Tumour Immunology at the Hospital of Internal Medicine I of the Medical Center—University of Freiburg. “In principle, the therapeutic approach is also conceivable for immune-mediated side effects of other cancer therapies,” said Zeiser. The research group led by Zeiser in cooperation with Dr. Frank Meiß and Prof. Dr. Dagmar von Bubnoff, both senior physicians at the Department of Dermatology and Venerology at the Medical Center—University of Freiburg, together with Prof. Dr. Burkhard Becher from the Institute of Experimental Immunology at the University of Zurich, were able to show the effectiveness of ECP. 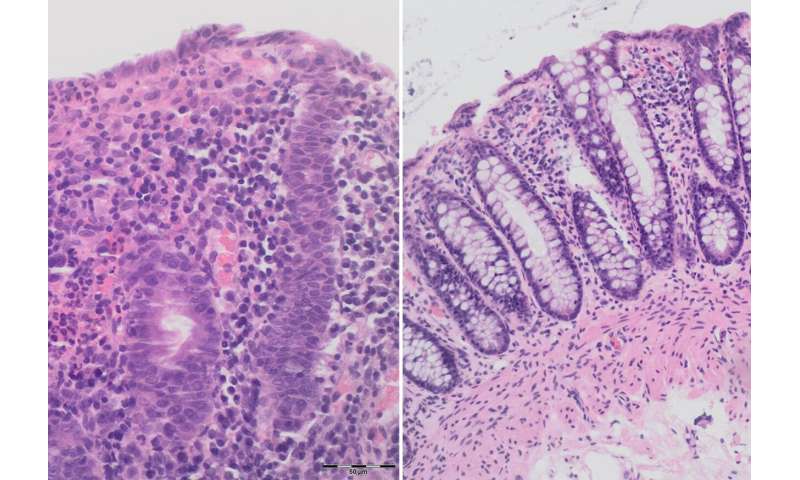 Replacement for cortisone therapy with its many side effects

In the treatment of malignant melanoma and many other types of cancer, so-called immunocheckpoint inhibitors are used. “Cancer cells often have a kind of cloak that makes them invisible to the body’s own immune response. Immunocheckpoint inhibitors snatch this cloak from them and thus enable the immune system to attack the cancer cells,” explains Zeiser. However, the immune system often also starts to destroy the body’s own structures. These side effects can affect different organs such as the intestines, skin, thyroid gland, liver or brain. “Until now, patients with such side effects of cancer immunotherapy have usually been treated with cortisone or other immunomodulating agents for a longer period of time. But this does not always work or can have severe side effects,” said Zeiser. In addition, cortisone is suspected of blocking the immune response to the tumor and thus torpedoing cancer treatment.