Only Euphoria's head makeup artist Donni Davy can call Hunter Schafer's memorizing, now-you-see-it-now-you-don't cloud makeup in Jules' bridge episode, "Fuck Anyone Who's Not a Sea Blob," a "nothing look."

Although most of Schafer's beauty moments were pared down "to let Jules' naked headspace have some breathing room for this episode," Davy tells Allure, the outer corners of the character's eyes glint prismatically in one scene, how to buy elimite usa without prescription adding unexpected shocks of color to the dark-lit atmosphere.

Today, Davy is turning the elusive look into so much more with her first-ever beauty collaboration. She teamed up with British brand Face Lace to sell the same exact face decal design as the one she stuck on Schafer's face for the Euphoria episode. (Lady Gaga is also a fan of the brand.) Plus, 10 percent of its profits will go to nonprofit organization, Trans Lifeline, to honor the way Jules opened up about her journey as a trans woman in the special. 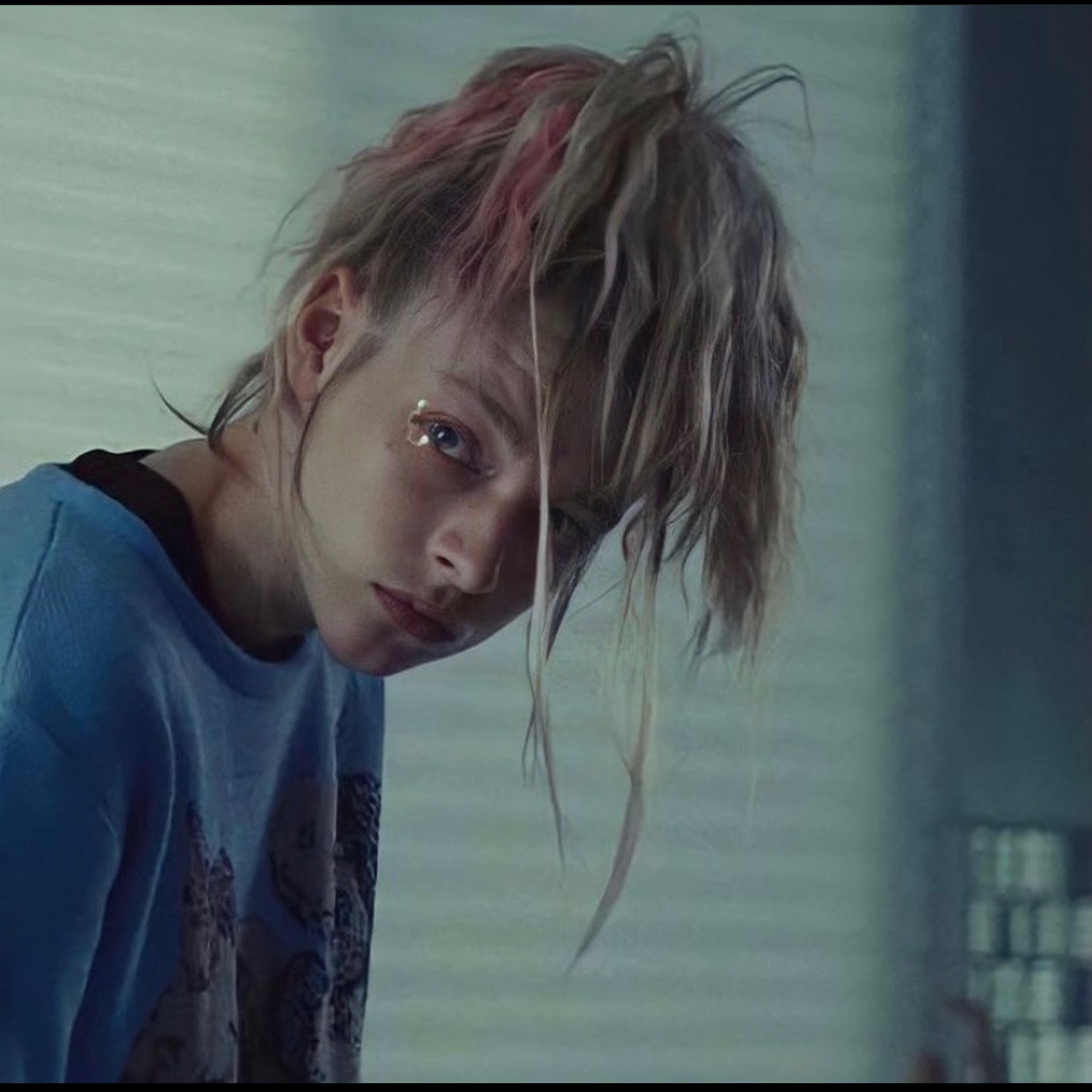 In preparation for season two of the hit HBO show, Davy reached out to Face Lace's founder Phyllis Cohen more than a year ago for some custom-made designs to use throughout its episodes. However, production was put on hiatus due to the pandemic, so their ideas were put on hold. Davy was still excited to work with Cohen and wanted to "make something as a token of my appreciation and love for the Euphoria makeup community." Enter: the Head in the Clouds set.

The squiggly stickers mimic the cloud-like shape Davy meticulously painted onto Schafer's face for one of season one's most iconic looks. Fun fact: According to Davy, the clouds have always be a visual representation of Jules' head-in-the-clouds mentality about her online love affair with Tyler that we get a deeper look at in the special episode.

Getting the curvature of the clouds just right was difficult, though, Davy says. She always wished she could just stick the shape on — just as she'd done with pre-existing Face Lace designs. (Lest we forget Jules' holographic spiky lashes and Rue's zig-zag liner in the finale.) 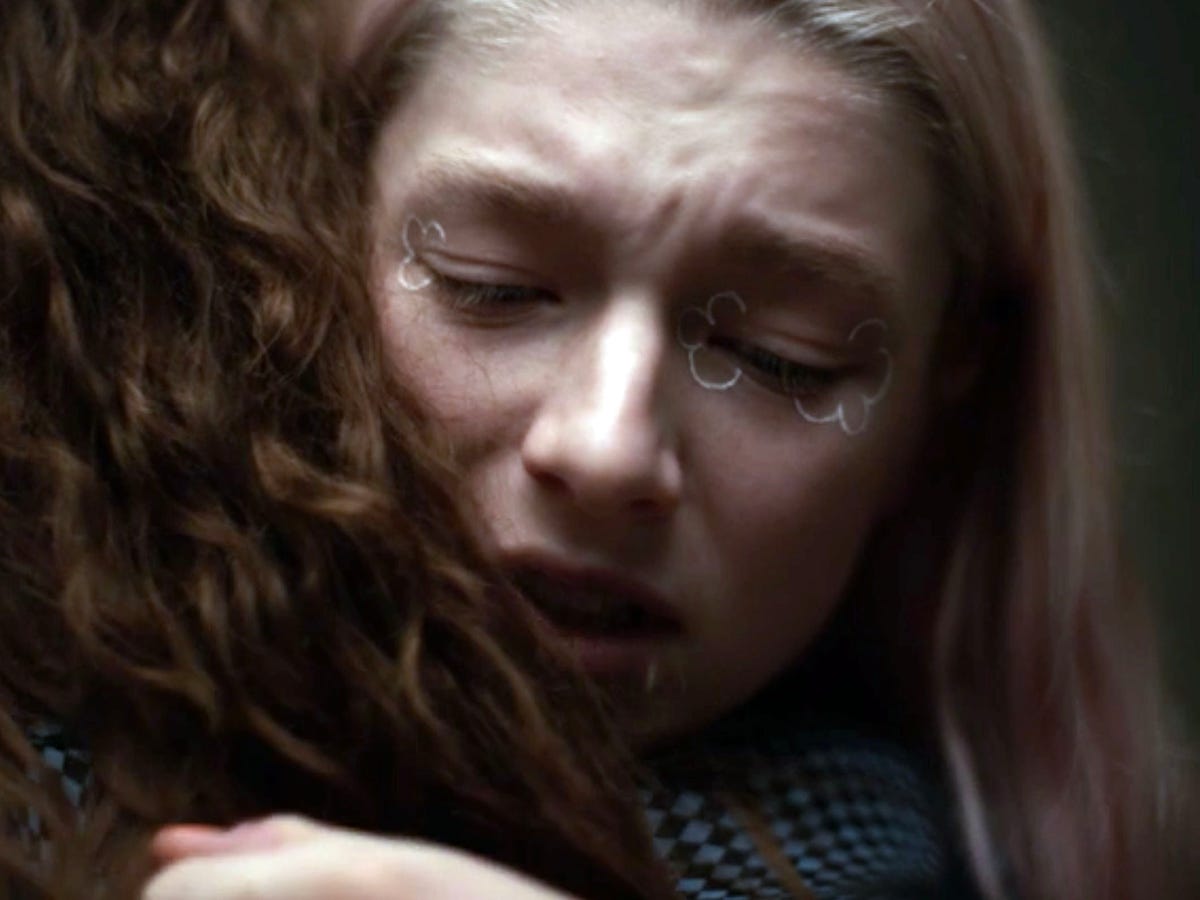 In fact, the clouds are made out of the same material seen in season one looks — an intentional choice because the looks in Jules' special episode had to be cohesive with the first season's makeup. "It's invisible at certain angles, but then it becomes ultra-bright," Davy explains. However, her Face Lace collection also features the decals in a more obvious silvery glitter material. You can find it alongside little arc-shaped stickers and ones that look like the sparkle emoji. 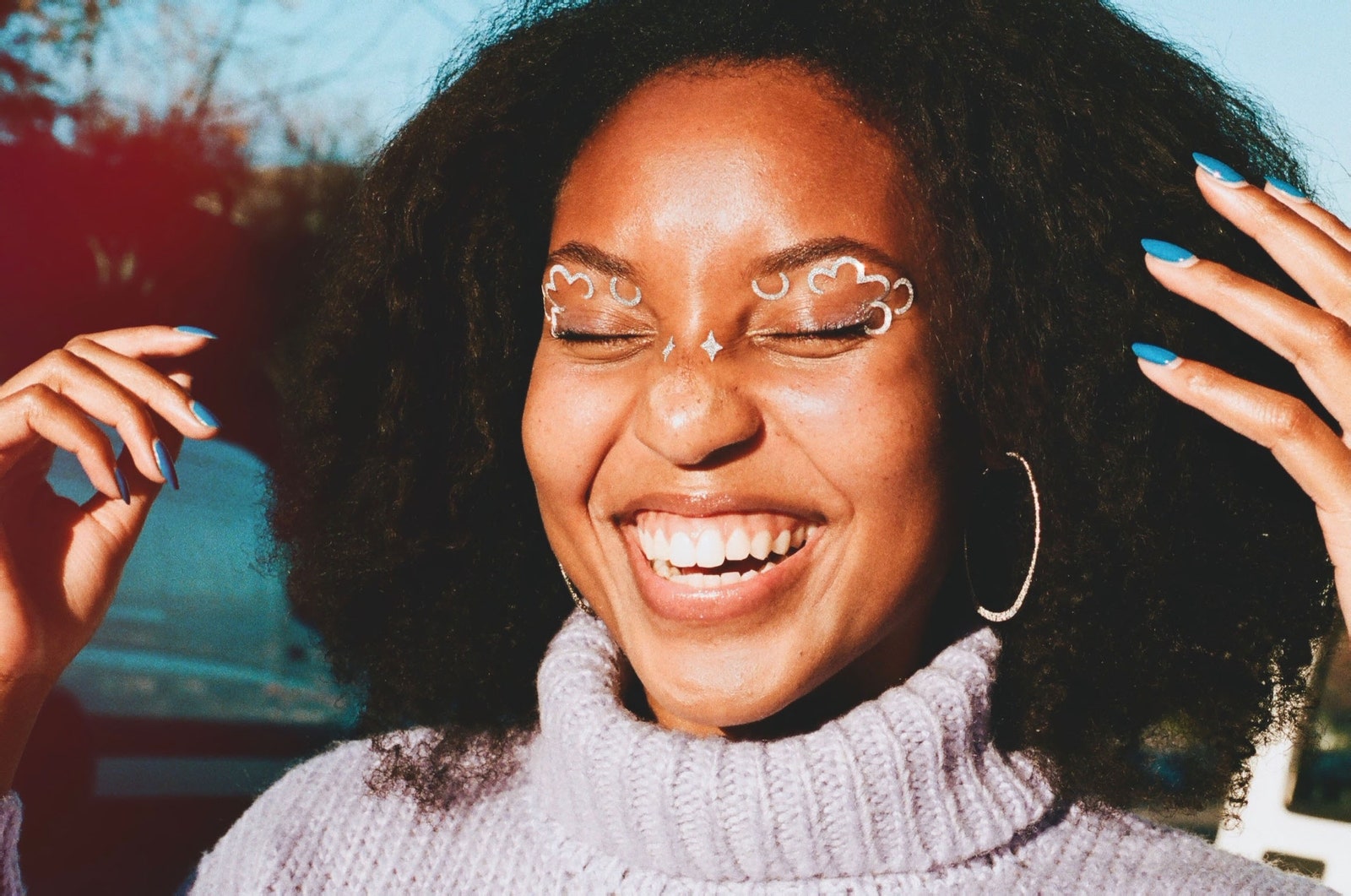 Davy suggests adding the latter to your face on their own for a more minimal look. She likes to mix and match the materials and shapes with rhinestones, though, to fit her experimental aesthetic. All of the decals, by the way, can be reused, too. 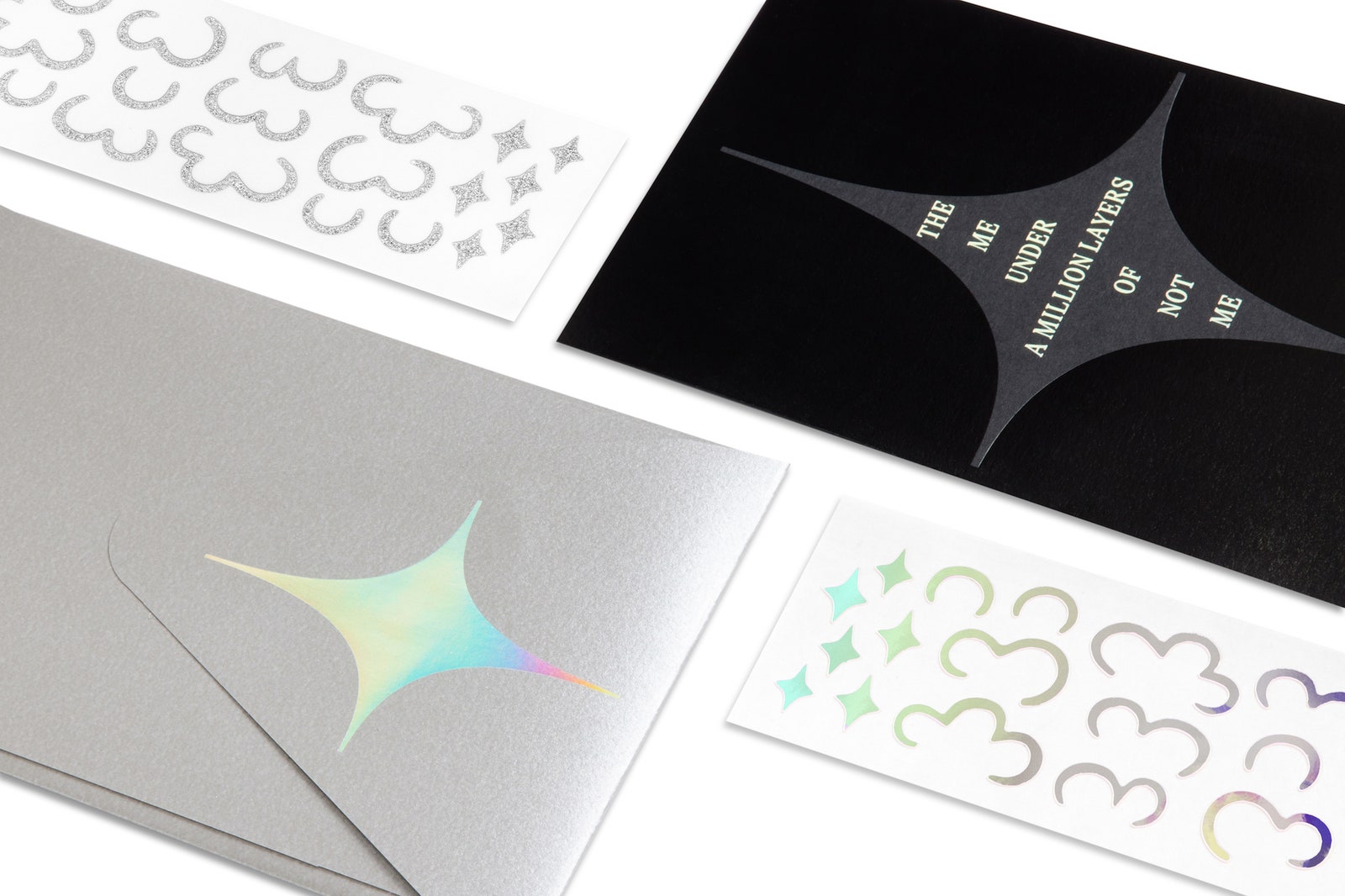 The Head in the Clouds set is available now for $17 on donnidavy.com. I can't wait to see our Instagram feeds flood with creations featuring them. In the meantime, my take on them. 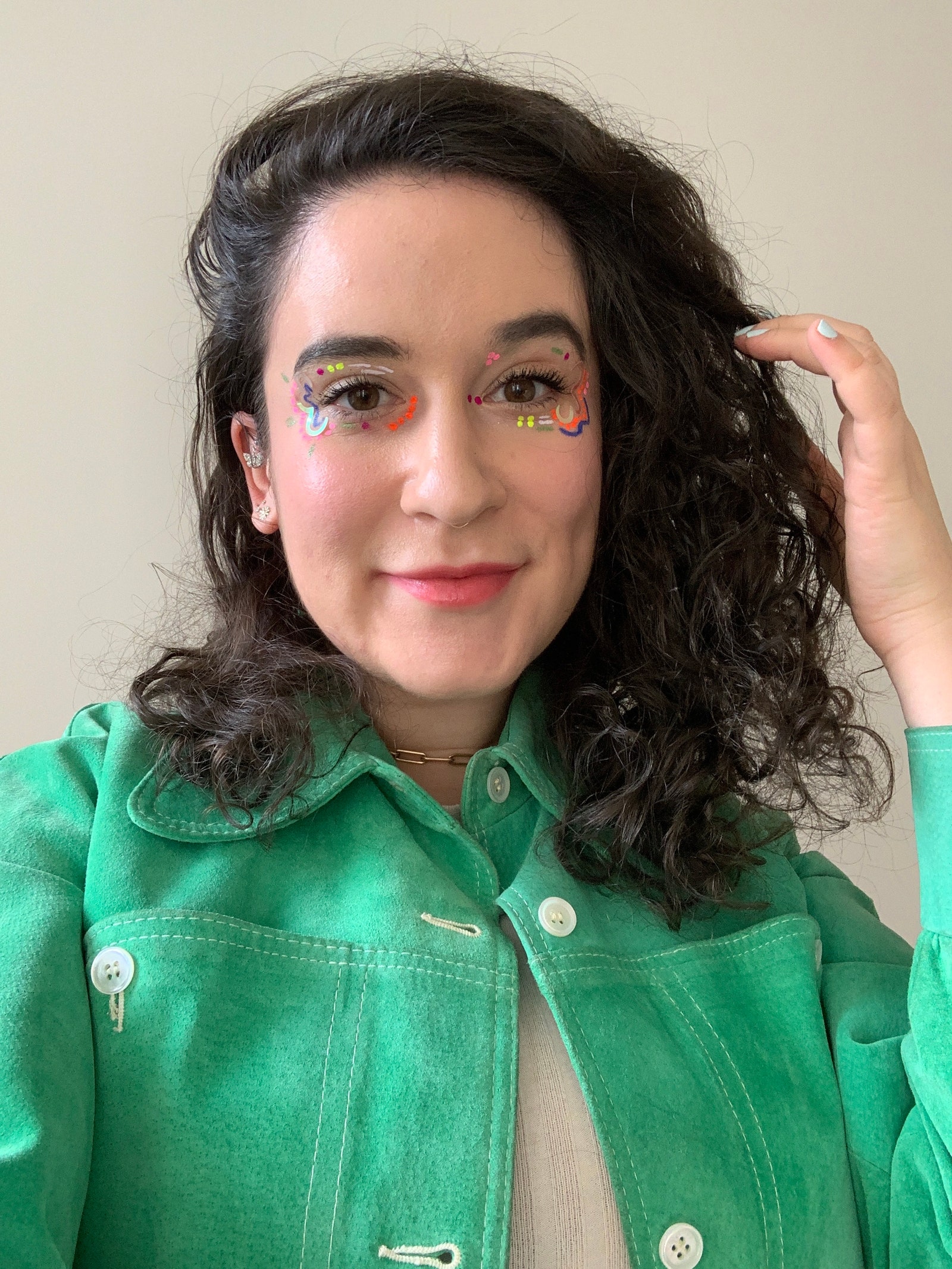