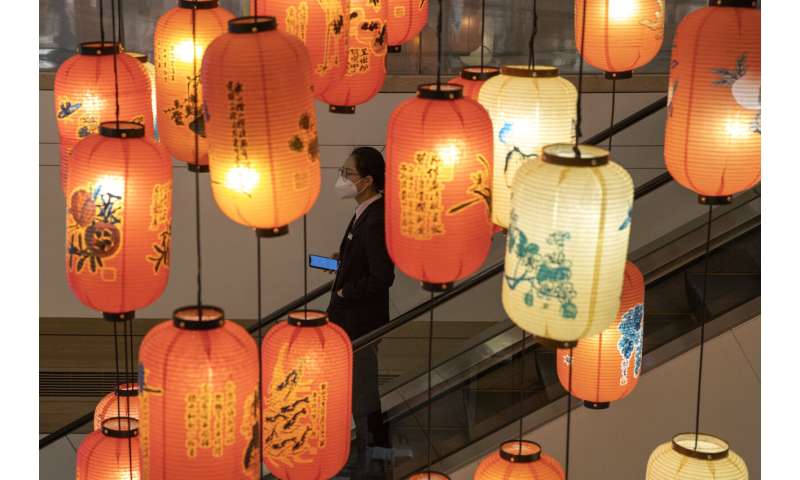 Thursday was a day of contrasts on the front lines of the battle against the new coronavirus. In a sign of hope, the Chinese city of Wuhan reported no new homegrown infections, but in a stark warning for the world, Italy appeared set to surpass China’s death toll from the virus.

The two milestones were a dramatic illustration of how much the global outbreak has pivoted toward Europe and the United States. They also showed how the arc of contagion can vary in different nations, as Italy with 60 million people braces to see more carnage than China, a nation of 1.4 billion.

Italy registered 2,978 deaths on Wednesday after another 475 people died. Given that Italy has been averaging more than 350 deaths a day since March 15, it’s likely to overtake China’s 3,249 dead when Thursday’s figures are released at day’s end.

U.N. and Italian health authorities have cited a variety of reasons for Italy’s high toll, key among them its large elderly population, who are particularly susceptible to developing serious complications from the virus. Italy has the world’s second oldest population after Japan’s and the vast majority of Italy’s dead—87%—were over age 70.

In the United States, the Centers for Disease Control and Prevention says 80% of the nation’s 138 deaths have taken place in people over 65. Overall, 8,900 patients have died around the world, and 84,000 have recovered. Aside from the elderly and the sick, most people only have mild or moderate symptoms, like a fever or cough. 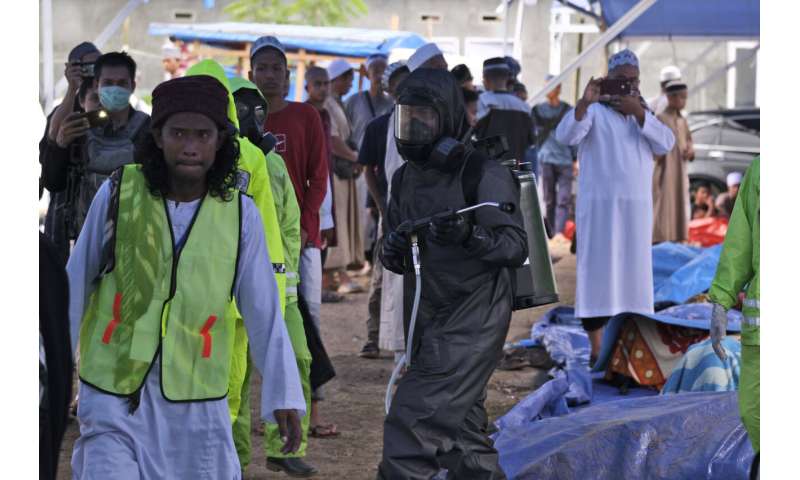 In the meantime, the news from China’s central city of Wuhan, where the virus first emerged late last year, offered a rare glimmer of hope and perhaps a lesson in the strict measures needed to halt its spread. It came as President Donald Trump likened the fight to “a war” and invoked emergency powers that allow him to compel manufacturers to deal with the pandemic.

Wuhan once was the place where thousands lay sick or dying in hurriedly constructed hospitals, the first place in the world where medical facilities appeared overwhelmed. But Chinese authorities said Thursday that all 34 new cases recorded over the previous day had been imported from abroad.

“Today, we have seen the dawn after so many days of hard effort,” said Jiao Yahui, a senior inspector at the National Health Commission.

While China did not report any new cases in Wuhan or Hubei province, it did record eight additional deaths. Wuhan has been under a strict lockdown since January. Officials are moving to loosen travel restrictions, but only inside the surrounding province of Hubei. Wuhan remains cut-off, with only those with special permission allowed to travel in or out. 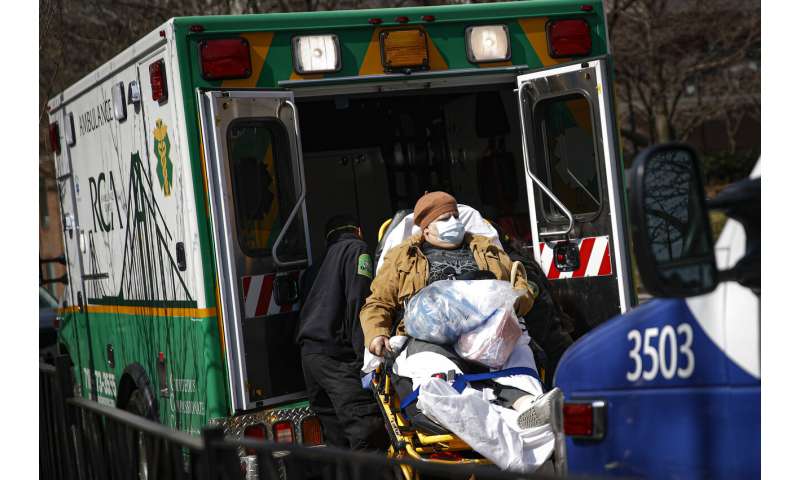 Still, the virus, which has infected 219,000 people around the world, took its toll elsewhere, both in human and economic terms.

European stock markets were up only slightly after losses in Asia despite a massive 750 billion-euro stimulus package announced overnight by the European Central Bank. Oil dropped below $21 a barrel Wednesday for the first time since 2002, and rose slightly Thursday to $23.

The United Nations warned that the crisis could lead to the loss of nearly 25 million jobs around the world.

Elsewhere around the world, more borders shut, leaving some to wonder how they would get back home. In the Pacific, Australia and New Zealand shut out tourists, allowing only citizens and residents to return, while Fiji reported its first case, a worrying development in a region with poor healthcare. 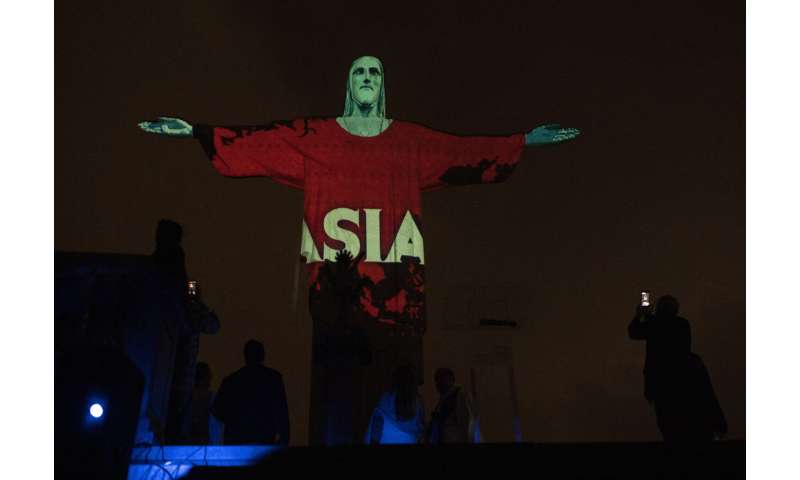 Iran’s top leader, Ayatollah Ali Khamenei planned to pardon 10,000 more prisoners—among them an unknown number of inmates whose cases are political—in an apparent effort to combat the coronavirus, Iranian state TV reported. The country, where more than 1,100 people have already died from the virus, has already released 85,000 prisoners on temporary leave.

In London, home to almost 9 million, people were being urged to stay off public transport as authorities consider imposing tougher curbs on social distancing. London is the epicenter of Britain’s coronavirus outbreak, with about one-third of its 2,644 cases.

Bavarian governor Markus Soeder said it may be necessary to implement a curfew in the southern German state if people don’t start better following advice on restricting social contacts. In neighboring Austria, the western province of Tyrol put 279 municipalities under quarantine in light of a large number of COVID-19 infections there, banning anyone from leaving their towns or villages except to go to work in the Alpine region. 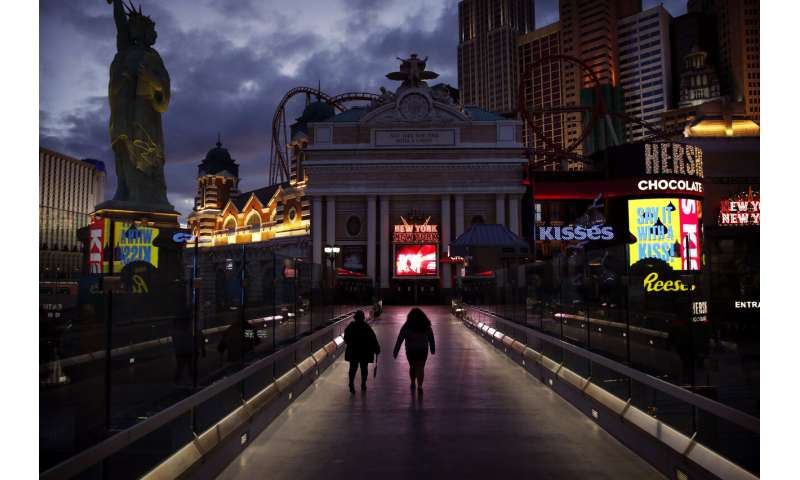 The U.S. and Canada both closed their borders to all but essential travel and Trump said he plans to assert extraordinary powers to immediately turn back to Mexico anyone who crosses over the southern border illegally.

Russia and Mexico each reported their first death from the virus. Mexico closed its popular spring equinox visits to the Pyramids of the Sun and the Moon at Teotihuacan.

In the U.S., the Dow Jones Industrial Average shed more than 1,300 points on Wednesday, or over 6%, and has now lost nearly all of the gains it had posted since Trump’s inauguration. The White House pressed Congress to swiftly pass a potentially $1 trillion rescue package to prop up the economy and speed relief checks to Americans in a matter of weeks.

Calling himself a “wartime president,” Trump invoked the Defense Production Act of 1950 to steer industrial output and overcome shortages of face masks, ventilators and other supplies as hospitals brace for an expected onslaught of cases. 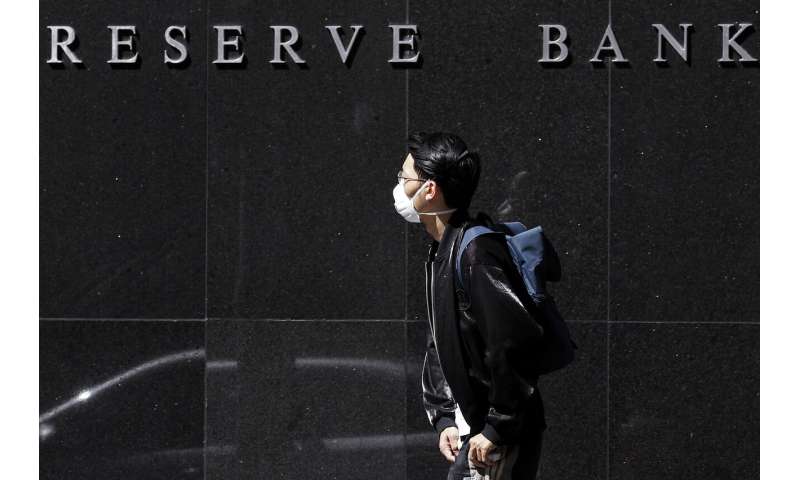 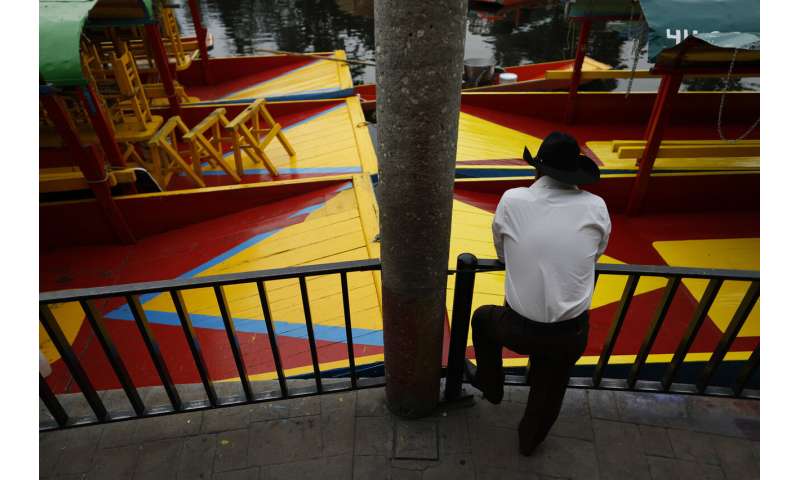 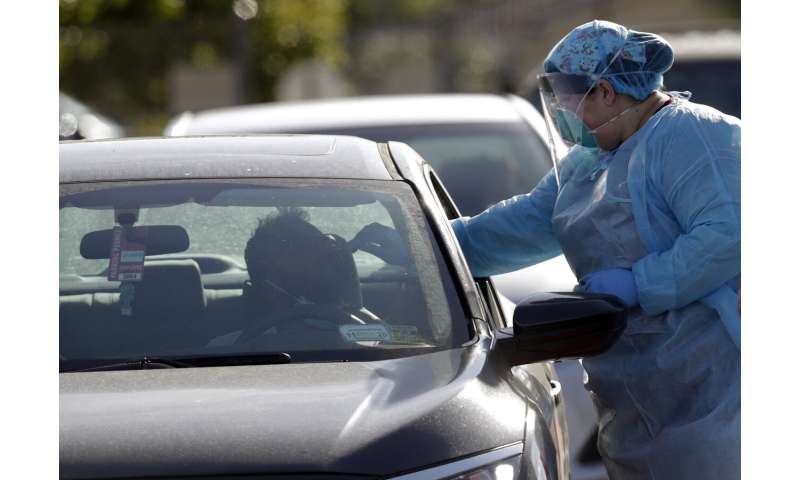 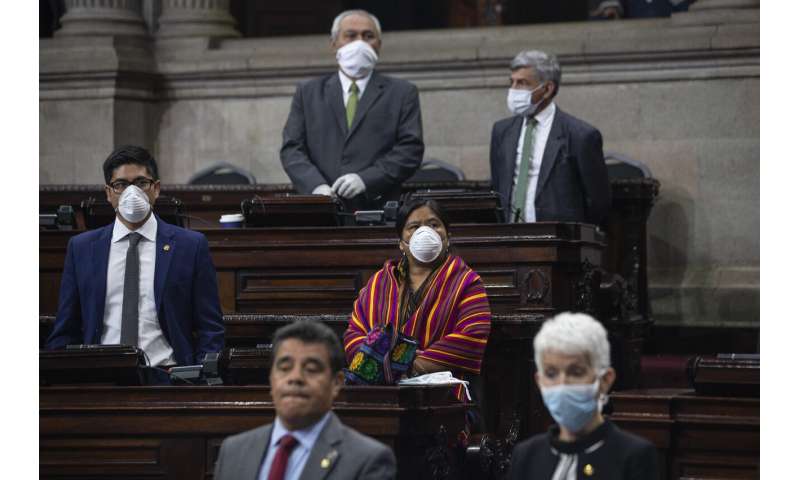 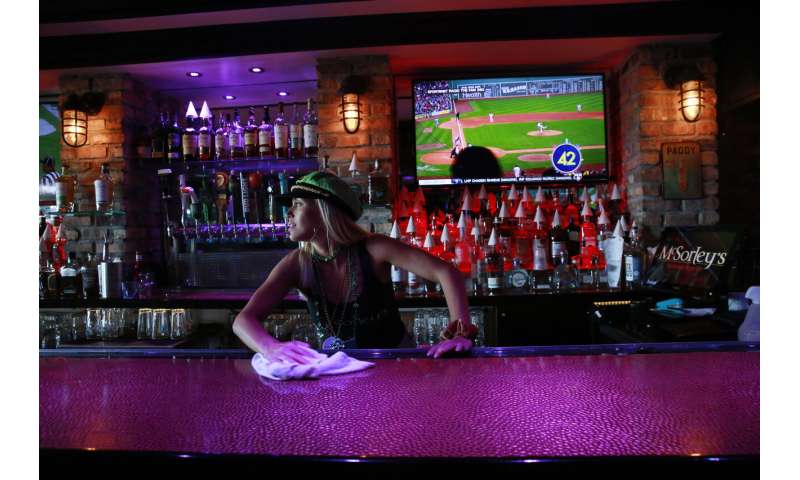 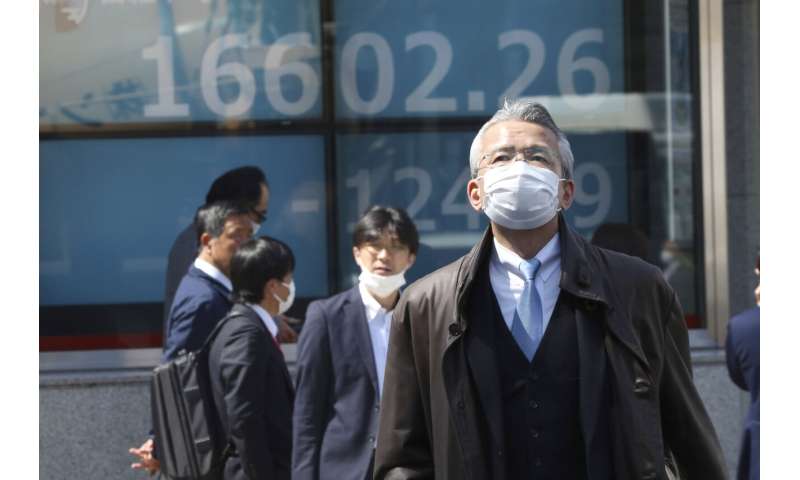 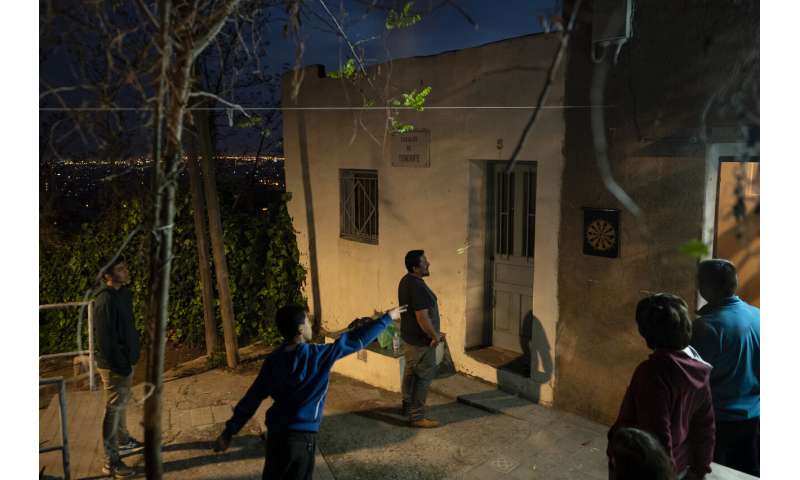 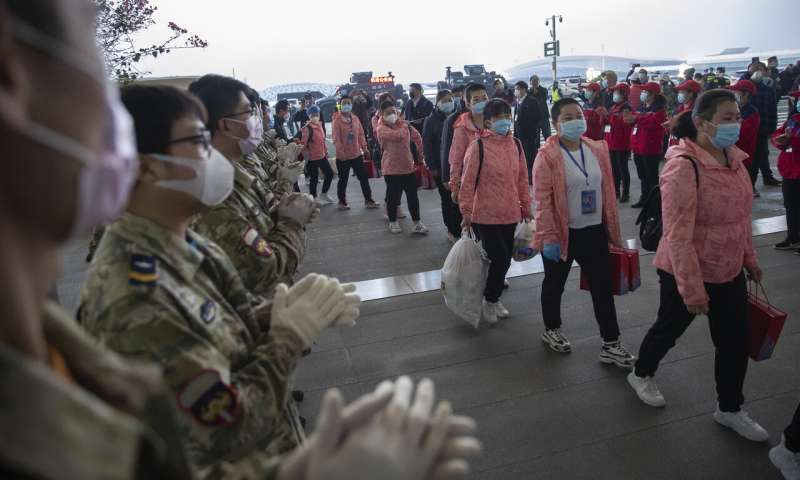 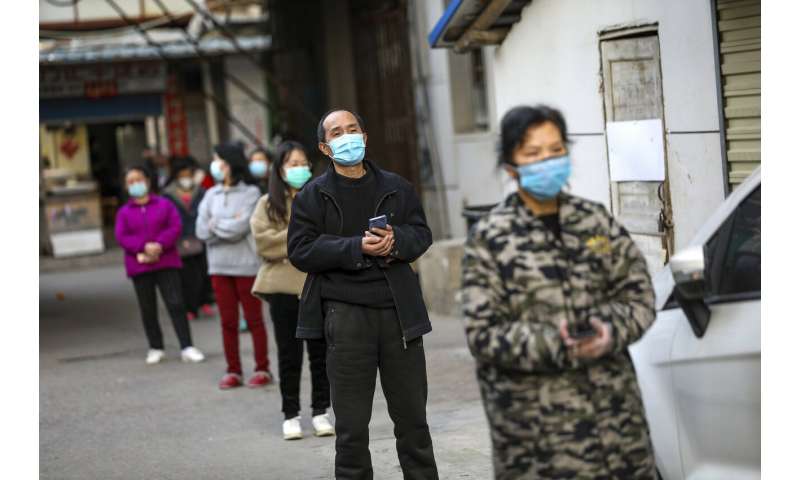 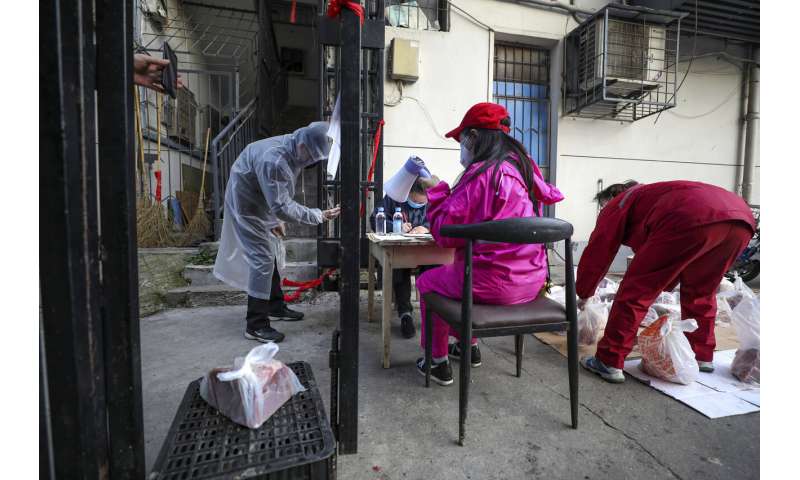 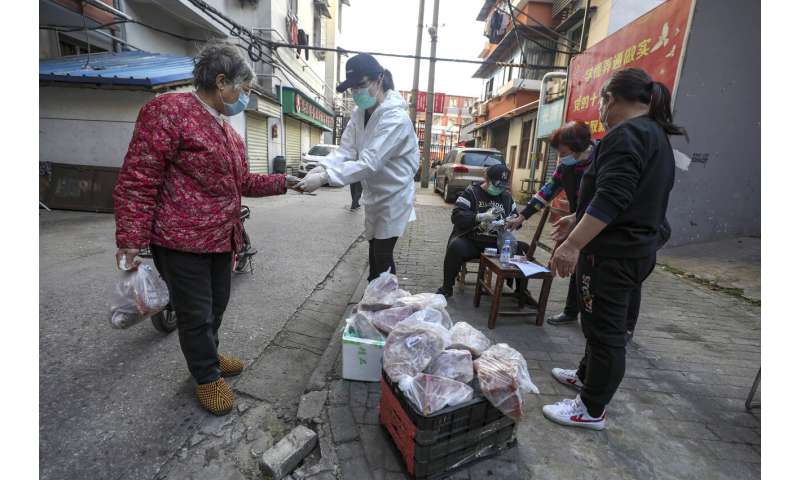 California’s governor warned that martial law could be imposed. The mayor of New York said the city’s 8.6 million residents should be prepared for a lockdown.

Ford, General Motors and Fiat Chrysler, along with Honda and Toyota, said they will shut all of their factories in the U.S., Canada and Mexico. The closing of Detroit’s Big Three alone will idle about 150,000 workers, who are likely to receive supplemental pay in addition to unemployment benefits.

The U.S. has reported more than 9,400 coronavirus cases and at least 138 deaths, about half of them in Washington state, where dozens of residents from a suburban Seattle nursing home have died.