Duke University is recruiting 15,000 health care workers in an effort to test the drug, which is used primarily to treat malaria, lupus and rheumatoid arthritis.

The researchers are trying to conclude the study within five or six months – despite a University of Minnesota study that last week found no benefit to hydroxychloroquine as a preventive treatment.

It came after President Donald Trump announced he himself was taking hydrroxychloroquine as an unproven post-exposure prophylactic, in the hopes it would prevent him from contracting the virus if he’d come into contact with someone who was infected.

Controversy has surrounded the drug for months and was reignited after a major Harvard Medical School-led study that suggested it raised the risks of death for coronavirus patients was retracted from The Lancet last week.

Regardless, there is currently no preventive drug for coronavirus, a vaccine is likely at least six months away, and finding a way to block infection could fill a crucial gap in the response to the pandemic. The Duke team hopes that hydroxychloroquine – or some other compound – could do the trick. 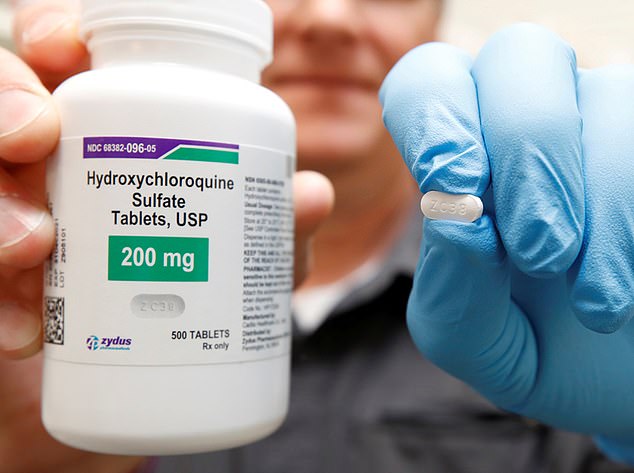 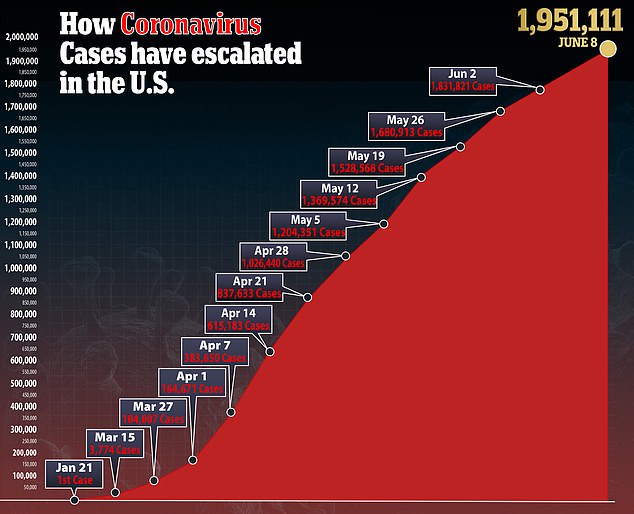 The Healthcare Worker Exposure Response and Outcomes (HERO) study hopes to offer a more definitive answer to whether or not hydroxychloroquine might help prevent infection than past studies have.

However, it’s been haunted by that prior research and politicized controversy around the drug, stoked by President Trump.

The HERO trial, launched on April 22, is supposed to conclude in July – but with only about 800 volunteers so far, according to USA Today, enrollment hfas fallen far short of its goal of 15,000 participants.

With $50 million in funding for the research, the Duke team hopes to eventually test other drugs as well as hydroxychloroquine, which may generate more volunteer participation.

‘The level of enthusiasm for something that is not hydroxychloroquine will be much higher,’ Dr Susanna Naggie, Duke’s vice dean of clinical research told USA Today.

‘The politicization of hydroxychloroquine, as well as the data that has come out in the inpatient setting, made a murky picture for this drug in particular.’

President Trump began singing hydroxychloroquine’s praises back in March, before it was in clinical trials in the US.

Even as America’s top infectious disease expert and coronavirus task member Dr Anthony Fauci cautioned that reports that made the drug look promising were purely anecdotal, Trump continued to state his confidence in it. 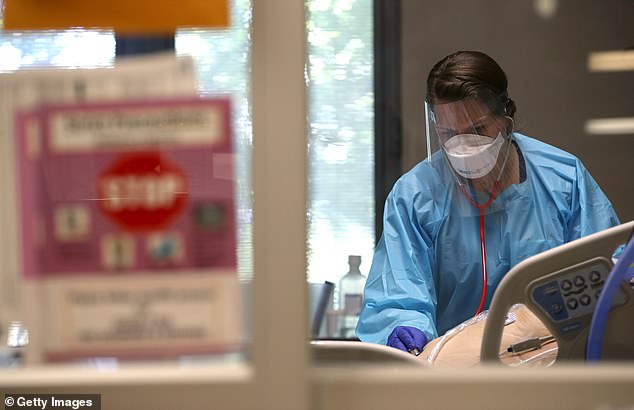 The study aims to test the drug in up to 15,000 health care workers, but amid controversy over the Trump-backed treatment, only 800 have enrolled so far (file) 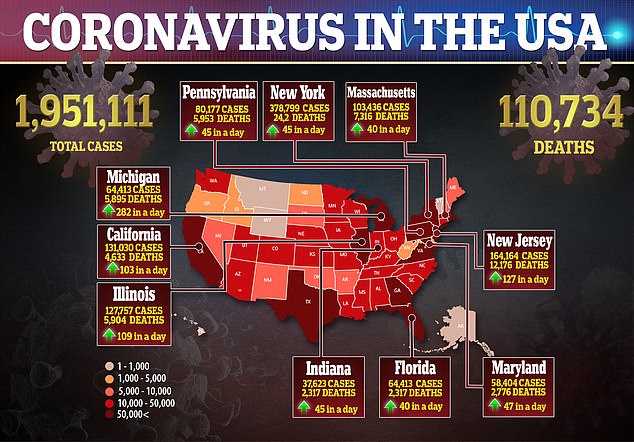 It wasn’t entirely without basis. It’s thought that hydroxychloroquine and drugs like it may block the virus from binding to its target: ACE2 receptors of many human cells, including those found in the lungs and blood vessels.

Finding out if that theory holds up in practice requires clinical trials.

The University of Minnesota study published last week was among the first such trials completed. The results of the controlled, double-blinded placebo suggested people treated with hydroxychloroquine after exposure to coronavirus were no less likely to develop the infection than others.

But it was criticized for its small scale – 821 people were enrolled – and methodology.

Plus, the research aimed to test whether the drug could prevent infection after people had been exposed.

Duke’s study hopes to find out whether taking the malaria drug before exposure could block infection.

Amid the tensions between Dr Fauci and President Trump, hydroxychloroquine became somewhat maligned, but the retraction of the study in The Lancet, as well as the World Health Organization’s decision to resume its hydroxychloroquine study may help to bolster the Duke team’s recruitment.