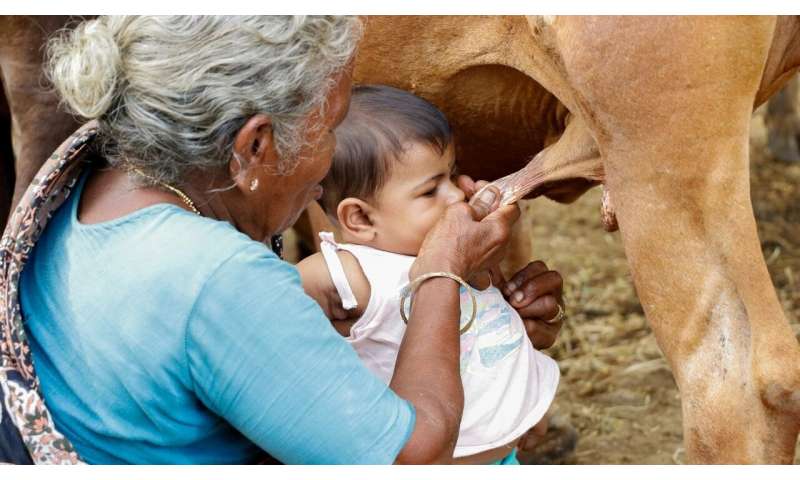 The number of human tuberculosis (TB) cases that are due to transmission from animals, as opposed to human-to-human transmission, may be much higher than previously estimated, according to an international team of researchers. The results could have implications for epidemiological studies and public health interventions.

“Tuberculosis kills 1.4 million people every year, making it the most deadly disease arising from a single infectious agent,” said Vivek Kapur, professor of microbiology and infectious diseases and Huck Distinguished Chair in Global Health, Penn State. “India has the largest burden of human tuberculosis globally, with more than 2.6 million cases and 400,000 deaths reported in 2019. Additionally, the cattle population in India exceeds 300 million, and nearly 22 million of these were estimated to be infected with TB in 2017.

Kapur noted that the World Health Organization, World Organisation for Animal Health and Food and Agriculture Organization of the United Nations define zoonotic TB as human infection with Mycobacterium bovis, a member of the Mycobacterium tuberculosis complex (MTBC).

To evaluate the use of M. bovis as a proxy for zoonotic tuberculosis and to investigate the potential role of other MTBC subspecies, Kapur and his colleagues analyzed 940 bacterial samples—both pulmonary (from lung fluid or tissue) and extrapulmonary (from tissues other than the lungs)—collected from patients who were visiting a large reference hospital for TB in southern India. The researchers used PCR to speciate M. tuberculosis complex organisms and then sequenced all the non-M. tuberculosis samples. Next, they compared the sequences to 715 sequences from cattle and humans that had previously been collected in south Asia and submitted to public databases.

“Surprisingly, we did not find any evidence for the presence of M. bovis in any of the samples,” said Sreenidhi Srinivasan, postdoctoral scholar in the Huck Institutes of the Life Sciences. “Instead, we found that seven of the patient samples contained M. orygis. Six of these came from patients with extrapulmonary TB.”

They describe their findings in a paper published June 1 in The Lancet Microbe.

As expected, most of the remainder of the sequences from the patients belonged to M. tuberculosis—the TB bacterium that is generally thought to be transmitted only among humans.

“Our findings suggest that M. bovis might be uncommon in India, and that its detection may not be an adequate proxy for zoonotic TB infection in humans,” said Srinivasan. “These data indicate that members of the TB complex other than M. bovis might be more prevalent in livestock in India.”

Kapur added that the operational definition of zoonotic TB should be broadened to include other MTBC subspecies capable of causing human disease.