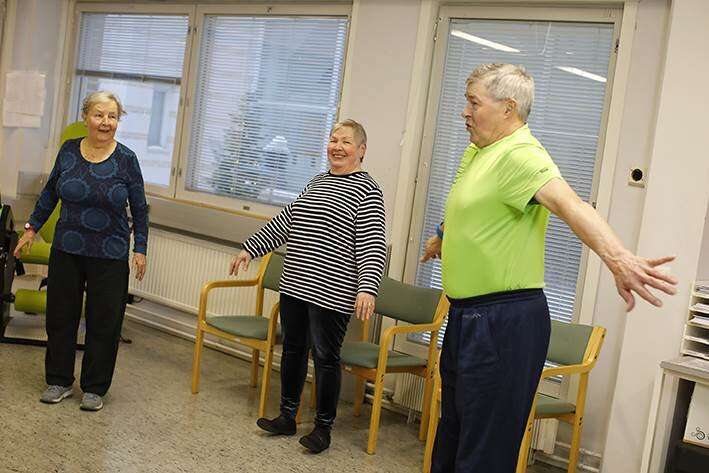 “Substantial decrements in physical function, muscle and bone strength occur after hip fracture, which markedly increase the risk for a subsequent fracture,” says Tuuli Suominen, a Ph.D. student at the Gerontology Research Center, Faculty of Sport and Health Sciences at the University of Jyväskylä.

Part of the bone loss is presumably caused by disuse, but the contributing factors have not been well characterized.

“A strong relationship exists between bone and muscle,” adds Suominen. “A low level of physical function may prevent effective loading of the bones and could be related to reduced bone-loading physical activity. Moreover, in older, often frail and undernourished hip fracture patients, higher muscle mass may also reflect better resources to cope with a prolonged catabolic state and the hip fracture-related stresses.”

Associations of physical function and muscle mass with the accelerated posthip fracture bone loss were examined in a study by the Gerontology Research Center and Faculty of Sport and Health Sciences at the University of Jyväskylä, Finland. A total of 81 independently living men and women over the age of 60 who had been operated on for a hip fracture participated in the study.

Tibial bone properties were examined by computed tomography at baseline (on average 10 weeks after fracture) and after 12 months. Physical function at baseline was measured with perceived difficulty in walking outdoors and with the Short Physical Performance Battery (SPPB), which includes habitual walking speed, chair rise and standing balance tests. Lean body mass, assessed with bioelectrical impedance, was used as a measure of muscle mass.

Tibial bone density and strength declined during the year after the fracture, on the fractured as well as on the non-fractured side leg. A lower SPPB score, difficulty in walking outdoors and lower LBM predicted greater decline in bone density in both legs. A lower SPPB score and difficulty in walking outdoors were also associated with a greater decline in bone strength in both legs.