Texting and scrolling has sent pedestrian injuries soaring by 800%

Not-so-smartphones: Texting and scrolling on touchscreens has sent pedestrian injuries soaring by 800% and almost HALF of us are distracted while crossing the road, scientists warns

Texting and scrolling on touchscreens has sent pedestrian injuries soaring by 800 per cent, scientists have warned.

A review of evidence shows ‘distraction injuries’ are now a significant problem and are causing growing numbers of accidents.

Being engrossed in texting and social media has led to people walking into lampposts, stepping out into traffic and tripping over.

Up to half – 45 per cent – of pedestrians are distracted by their phones when crossing the street in busy cities, research suggests. 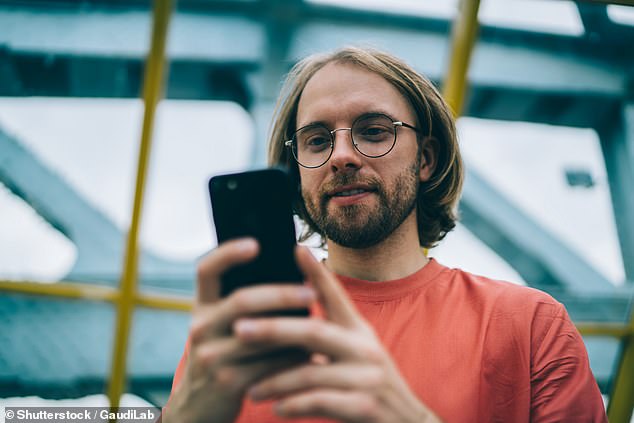 A person walking towards you while staring at their phone is a familiar sight.

The scientists behind the study, from the University of Calgary in Canada, said related injuries are likely to get worse.

They already account for around one in every 25 road safety incidents, the team wrote in the journal BMJ Injury Prevention.

Lead author Dr Sarah Simmons and colleagues said: ‘Given the ubiquity of smartphones, social media, apps, digital video and streaming music, which has infiltrated most aspects of daily life, distracted walking and street crossing will be a road safety issue for the foreseeable future.

‘When extrapolated to the US population, an estimated two million pedestrian injuries were related to cell phone use, which does not take into account exposure or under-reporting.’

Children as young as two are developing mental health problems because of smartphones and tablets, scientists warned in November.

Just an hour a day staring at a screen can be enough to make children more likely to be anxious or depressed.

This could be making them less curious, less able to finish tasks, less emotionally stable and lowering their self-control.

Although teenagers are most at risk from the damaging devices, children under the age of 10 and toddlers’ still-developing brains are also being affected.

Researchers at San Diego State University and the University of Georgia analysed data provided by the parents of more than 40,000 US children aged two to 17 for a nationwide health survey in 2016.

Adolescents spending more than seven hours a day on screens are twice as likely to have been diagnosed with anxiety or depression as those who spent an hour.

The US National Institute of Health estimates children and adolescents commonly spend an average of five to seven hours on screens during leisure time.

The team reviewed relevant studies on ‘pedestrian distraction’. One found 1,506 visits to emergency departments in the US in 2010 were caused by mobile phone use in public places.

Since 2004, data showed injuries, such as walking into a pole and tripping and falling, increased 800 per cent from 0.4 per cent to 3.7 per cent of pedestrian injuries. Males under the 30 were the largest victims.

Dr Simmons and colleagues combined the results of 22 previous studies, involving 872 people with an average age of 21 years.

The studies examined how pedestrians act while using a mobile phone, such as how long it took them to cross the road and whether they carefully checked for approaching cars.

The findings show people who text or browse the internet while walking were significantly less likely to look left and right before crossing the road. They also took longer to cross a road.

There were also higher odds of a collision or near miss with a car or another pedestrian, the studies found.

Pedestrians who were talking with the phone to their ear were less likely to have an accident or near miss – and mostly looked up at the traffic.

But they did take too long cross the road and often missed opportunities to cross safely, the researchers said.

Listening to music did not produce performance decrements for any of the measures examined.

‘As expected, texting or browsing had the most detrimental effects,’ Dr Simmons and colleagues wrote.

‘Texting requires a pedestrian to repeatedly divert their eyes away from the walking environment and traffic, towards the screen of the phone, to type and read messages.

‘If pedestrians do not look left and right when crossing a street, detection of vehicles likely also decreases.’

Looking at eight observational studies conducted in cities across the world, it was found pedestrians who were distracted ranged from 12 to 45 per cent, depending on things like whether the person was with a friend or on their own.

One study of more than 34,300 teenagers found one in five high school children were distracted by their phones while crossing the road.