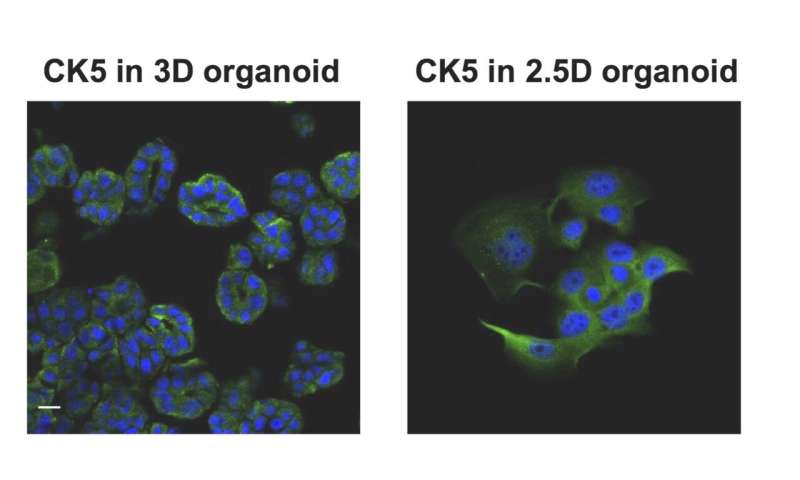 Researchers in Japan have replicated cancer cells from diseased bladder tissue in dogs, minimizing the use of costly stem cell products. The synthesized tumor cells allow scientists to diagnose cancer and optimize treatment without putting the patient through tiresome rigors of chemotherapy trial and error.

The research team led by Senior Assistant Professor Tatsuya Usui from the Laboratory of Veterinary Pharmacology at the Tokyo University of Agriculture and Technology published their findings in the journal Scientific Reports on June 10th, 2020.

Organoids are a niche within the booming field of 3-D bioprinting, which includes a growing stable of chemical and biological processes that generate living tissue for use in research and medical procedures. Presently, clinically viable 3-D bioprinting is limited to simple structures like a small patch of skin, fat, or cartilage. Ultimately the medical community hopes to generate viable replacement organs, eliminating the need for transplant donors.

Professor Usui’s team set out to create a type of organoid without the use of cell-stimulating supplements and Matrigel, a costly product derived from stem cells harvested from genetically engineered rodents. The scarcity of 3-D bioprinting products makes them a poor choice for research on a scale that would yield timely cancer diagnoses and new treatments.

To study this new cell culture approach, the researchers focused on bladder cancer in dogs, a disease which occurs at a rate similar to humans. They captured diseased cells voided in the dogs’ urine and replicated them using a new process that generates bodies mimicking key characteristics of the original tumor cells closely enough that they can effectively be used to diagnose disease and identify possible treatments. The team created the organoids by culturing the captured diseased cells in a protein-rich medium.

“Interestingly, we were able to grow organoid cells using techniques just shy of the traditional, complete 3-D bioprinting process—a sort of 2.5-D process—while producing most of the 3-D organoid features. This means that we could potentially produce cheaper biomaterials for testing and research without jeopardizing much for the accuracy.” Professor Usui said.

Once the team succeeded in creating organoids from the dogs’ diseased cells, they tested their response to three common anti-cancer drugs as well as several antibodies. They later applied a preservative to the study samples, essentially halting the treatment processes to analyze the results. They also reversed the process, generating 3-D organoid cells using traditional bioprinting, then planted them into mice. The cells became tumors as anticipated, giving the team further evidence that 2.5D organoids may be an accurate and effective research medium.