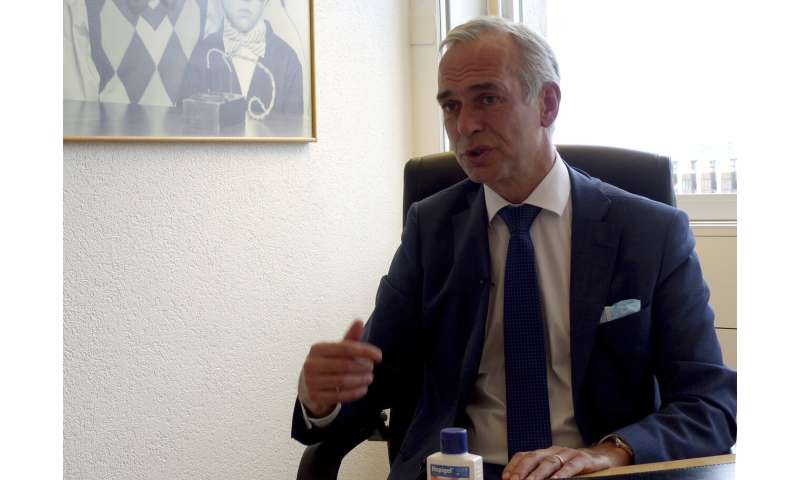 As coronavirus sweeps across Europe, the head of the biggest hospital in Switzerland, a rich country with one of the world’s best healthcare systems, is echoing a growing call to the public: Buckle down.

Bertrand Levrat, CEO of Geneva University Hospitals, which counts 12,000 personnel, says Europe overall faces a “turning point” at a time when Switzerland too is fighting a second wave of coronavirus cases that grew in large part out of a summertime lull in which people let down their guard about the highly infectious pandemic.

“The virus doesn’t spread alone—we are the ones who spread it. It’s a line that we don’t repeat enough,” Levrat said from his office overlooking Geneva, a surgical mask tucked into his jacket pocket. “Today, the stakes center on how much people are going to follow health measures that allow most people, and economies, and life in general, to get through this.”

“If we don’t get a handle on this, we run the risk of getting into a situation that’s harder to control,” he said. “We are really at a turning point—things can go both ways. Health services need to look for ways to keep up contact tracing (and) to succeed in getting a grasp on the chains of transmission.”

Swiss authorities, like their counterparts across Europe, are facing the increasingly tricky dilemma of calibrating a response that meets the urgent health care requirements at a time of growing public fatigue about COVID-19 restrictions and when doctors, nurses and other medical personnel are already beleaguered and dreading a new wave that would strain their work and personal lives.

The Swiss benefit from a relatively rich population in a less densely populated country. Switzerland, at more than 8.6 million people, has a smaller population than the metropolitan areas of Paris and London, for example. The country, along with Germany, has generally been seen as coping better than some of its European neighbors in battling the pandemic.

But that may be changing. The Alpine nation has confirmed more than 71,000 cases and over 1,800 deaths from coronavirus, and new cases are rolling at more than 1,000 per day recently—hitting a record 3,105 on Friday. Its infection rates are now among the highest in Europe. While Switzerland isn’t in the European Union, its fortunes and fate are closely tied to the bloc, and the virus knows no borders.

Population centers in Zurich, Lausanne and its Vaud region, the Italian-speaking Ticino region and Geneva have been hardest hit. Now, the less dense canton Schwyz—at the heart of the birthplace of the Swiss confederation—is reportedly facing the country’s biggest spike in cases.

The Geneva University Hospitals have hired hundreds of new staffers in recent months. On Thursday, they announced stepped-up recruitment, testing and lab services in response to the second wave.

“I think we are quite well prepared, even though it was a huge challenge to every one of us, and a huge stress on the system,” Levrat said, but acknowledged that “teams that have been quite exhausted by the first wave.” 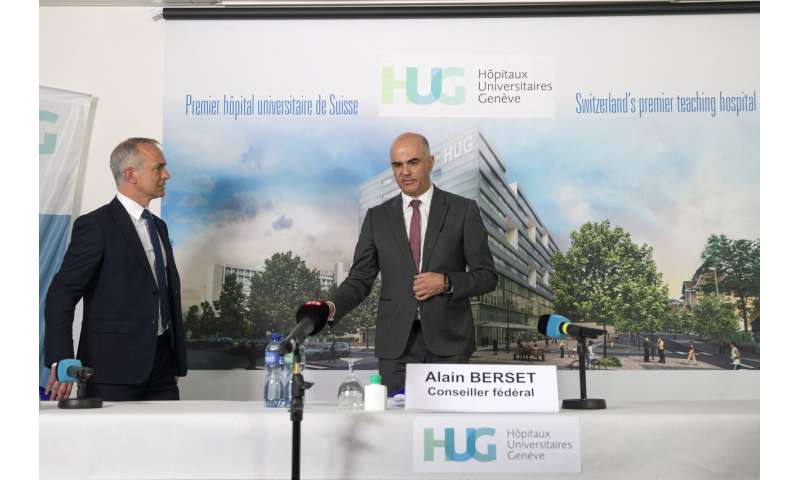 During the spring, the hospital had a peak of 550 patients at the same time—all COVID patients. Other medical services were farmed out to private clinics. Today, hospitalizations are at more than 70, but that marks a four-fold increase from just a month ago, and Levrat expects it to hit 80 within the next two weeks. Beyond that, he’s not making any predictions.

Switzerland has not enacted draconian measures seen in countries like neighboring France, but did require the closure of all businesses except “essential” ones like pharmacies, supermarkets and gas stations during the first wave. Those orders have been lifted, but face masks are still required on public transport and working from home is recommended where possible.

So far, new measures have been piecemeal. The Swiss army halted weekend leave for some 10,000 recruits through the end of October, hoping to prevent them from catching it at home. Geneva this week limited public gatherings to 100 people maximum, and organizers of any gathering of over 15 must take contact details of attendees.

Switzerland’s federal system, like neighboring Germany and the United States, gives leeway to its regions—known as cantons—to set health policy. Geneva was among the first to limit gatherings in public to no more than five people during the deadlier first phase.

The Swiss response mostly has been to trust the public to do the right thing and keep to common sense—but there have been some visible lapses.

Last month, a world-renowned hotel management school in Lausanne forced 2,500 students into temporary quarantine after a spike in cases linked to off-campus partying. Like elsewhere, young adults have been at the center of the latest wave, but they less often suffer severe or life-threatening cases that are more common in the elderly or among people with previous medical conditions.

But as the case counts rise, federal officials are scrambling—and considering new restrictions. The leaders of Switzerland’s two parliamentary chambers met with the head of the World Health Organization, Tedros Adhanom Ghebreyesus, who reportedly reassured them that Switzerland can manage the rising in cases.

“The principal measure depends on individual behavior, with distancing and hygiene—it’s the only known valid measure, really, to avoid infections,” he told reporters in the capital, Bern. “We see that it’s not easy in the midst of this rise we are experiencing.”