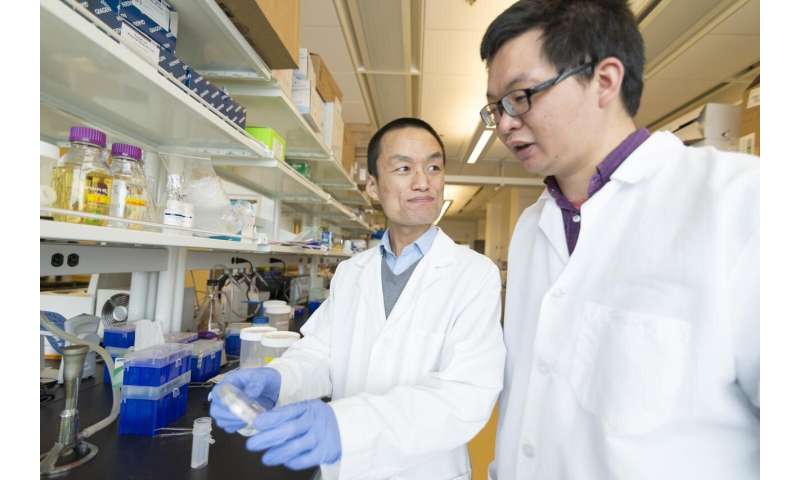 Many cancers can be successfully treated, but treatment itself often comes with risks as well. Cancer therapy that uses anthracyclines—a class of commonly used chemotherapy drugs—has been associated with heart damage that can eventually result in heart failure. It is thought to be the reason why heart disease is a leading cause of death in cancer survivors, immediately following cancer recurrence.

Scientists have not fully understood how exposure to anthracyclines can lead to heart failure, but a new study led by researchers at Washington State University has made a giant leap toward that goal. In a recent paper published in the Journal of Biological Chemistry, the research team showed that a protein named FOXO1 plays a critical role in heart damage resulting from treatment with doxorubicin, an anthracycline chemotherapy drug. Using a rodent model, they also demonstrated that by suppressing FOXO1 through the use of FOXO1 inhibitor drugs they could prevent doxorubicin-induced heart damage.

Their discovery opens up possibilities for the development of new combination drugs or treatment strategies to reduce heart damage from cancer treatment, which could help increase the life expectancy of cancer survivors.

The new study builds on earlier work done by study co-author Brian Jensen, a cardiologist at the University of North Carolina Chapel Hill. Jensen measured the size, or mass, of patients’ hearts starting one month after they received doxorubicin until six months afterwards and found that their hearts had become smaller.

“We believe the reason that the heart eventually undergoes failure is because chemotherapy initially makes the heart smaller,” said Zhaokang Cheng, an assistant professor in the WSU College of Pharmacy and Pharmaceutical Sciences and senior author on the study. Since a smaller heart has to labor more to pump the same amount of blood through the body, he explained that this may over time lead the heart to grow larger to meet the body’s demand. This forced growth weakens the heart and may ultimately cause it to fail.

In the new study, Cheng and his research team set out to understand why the heart initially becomes smaller in response to doxorubicin chemotherapy treatment, which carries two possible explanations: one is that doxorubicin causes cell death, reducing the overall number of heart cells. The other is that it causes a reduction in the size of each heart cell, which is known as atrophy.

First, they delved into how chemotherapy might cause heart cell death. In a previous study, the WSU research team showed that doxorubicin can activate a protein known as CDK2. They also demonstrated that this activation of CDK2 led to increased expression of a gene known as Bim, which causes cell death. However, it was not clear how CDK2 activation and Bim expression were connected. Their new study revealed FOXO1 as being the missing link. FOXO1 is a transcription factor, a protein that binds to the DNA of other genes to turn them on or off. Their rodent model showed that CDK2 can activate FOXO1, and when FOXO1 becomes active it increases Bim expression, which eventually leads to cell death.

They then looked at whether manipulating FOXO1 could protect the heart during chemotherapy. In another rodent study, they administered doxorubicin along with a drug that inhibits FOXO1. The research team found that both the overall heart size and the heart cell size were maintained.

“That was a surprise,” Cheng said. “We used this drug because we had hypothesized that it could prevent cell death, but we didn’t expect that it could also protect the heart from atrophy.”

Finally, they looked at how exactly the FOXO1 inhibitor protects the heart from both cell death and atrophy. For cell death, the answer was already clear based on what they had found so far, Cheng said. That is, inhibiting FOXO1 decreases the expression of the Bim gene, which plays a critical role in cell death. For atrophy, the team found that inhibiting FOXO1 reduces the expression of a gene called MuRF1. A previous study by Jensen had suggested that MuRF1 is involved in doxorubicin-induced atrophy, but the mechanism by which this happened had been unclear until now.