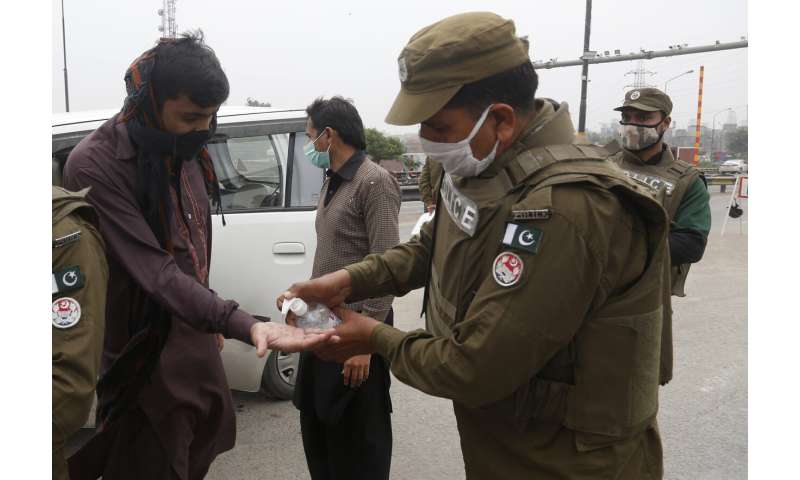 Pakistan on Wednesday halted all domestic passenger flights to stop the spread of the new coronavirus after reporting nearly 1,000 cases in the country, just as Libya became the latest at-risk Mideast nation to report its first infection.

The announcement by Libya’s U.N.-backed government leaves just war-torn Yemen as the last country in the Mideast to not have a reported case of the new virus and the COVID-19 illness it causes. Already, health officials have warned of the danger of the virus spread in the Arab world’s poorest country, whose health care system has collapsed amid its yearslong war.

For most people, the new coronavirus causes mild or moderate symptoms, such as fever and cough that clear up in two to three weeks. For some, especially older adults and people with existing health problems, it can cause more severe illness, including pneumonia and death.

Initially, most of those infected were Pakistani pilgrims returning from neighboring hard-hit Iran, which has seen the Mideast’s worst outbreak of the virus. Now, however, the virus is being reported in people who had no travel history, officials say. 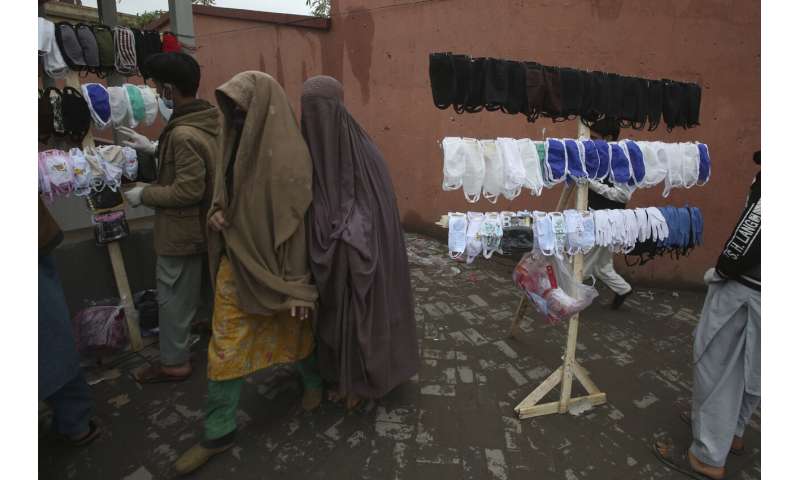 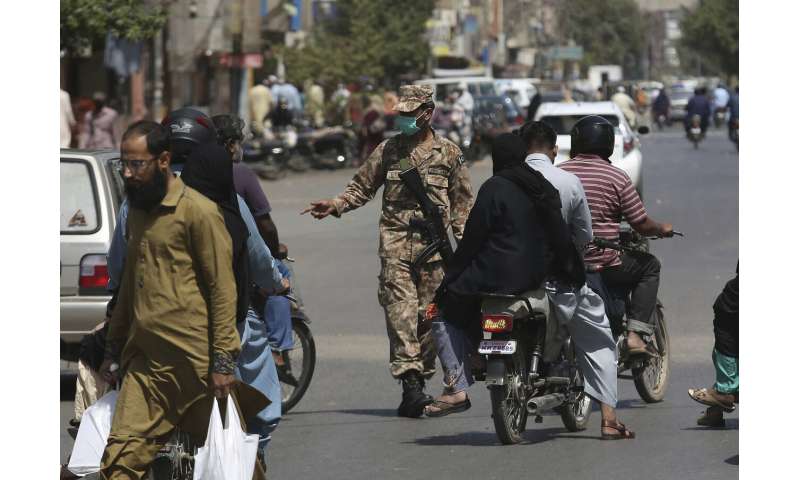 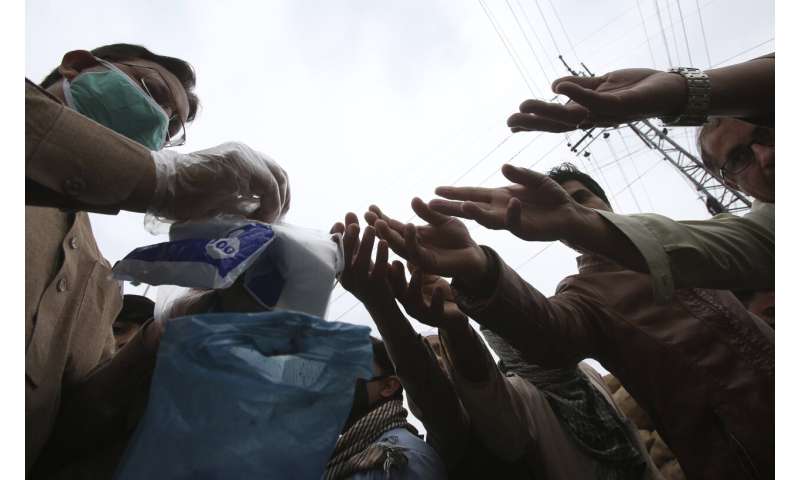 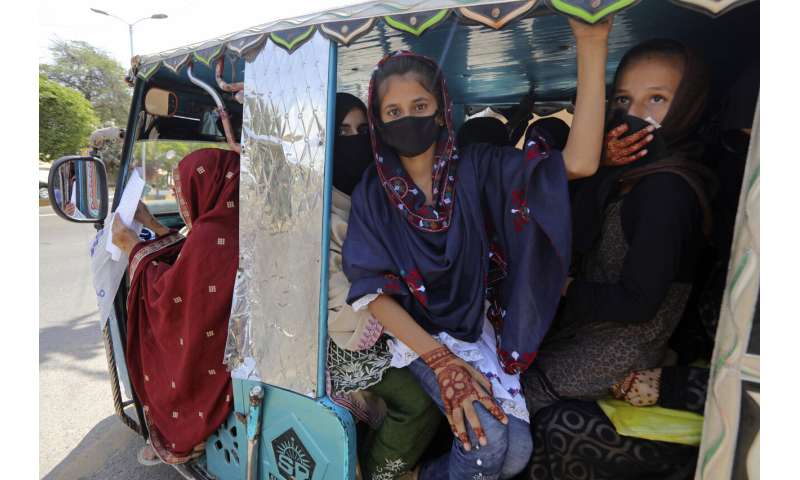 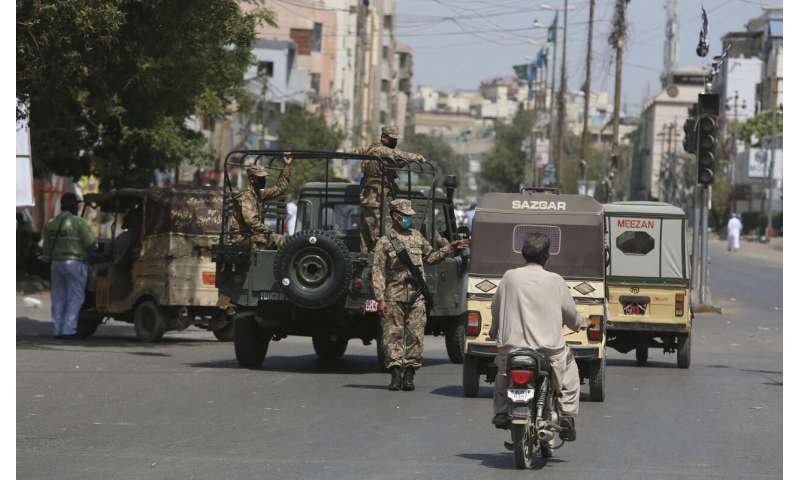 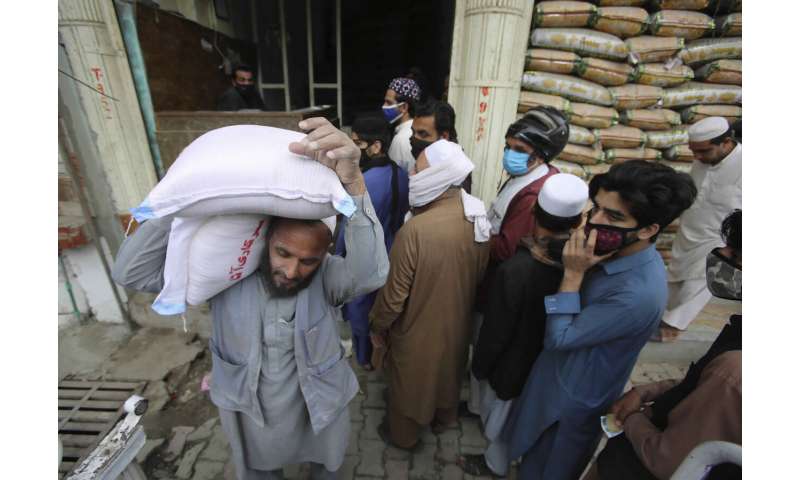 Authorities in Iran reported another 122 deaths on Tuesday, bringing the total number of the country’s fatalities to more than 1,900 amid more than 24,800 confirmed cases. There are some 33,000 confirmed cases overall in the region.

In Libya, officials say a 73-year-old man who crossed into Libya from neighboring Tunisia on March 5 became the large North African country’s first recorded case. The Libyan patient had recently traveled to Saudi Arabia, according to the National Center for Disease Control, and was receiving medical treatment for his fever and cough in isolation at a Tripoli hospital.

The confirmation of Libya’s first case, three weeks after the patient’s arrival in the country, poses a test for its fragile medical system.

Attempts at a nationwide disease protection program have been undermined by the country’s division between two rival governments, in the east and west of the country, and a patchwork of armed groups supporting either administration. Even on Tuesday, Tripoli’s suburbs came under heavy fire as the United Nations appealed for a freeze in fighting so authorities could focus on preventing the spread of the coronavirus.