New insights into vaping uptake among M&#257;ori and Pacific peoples 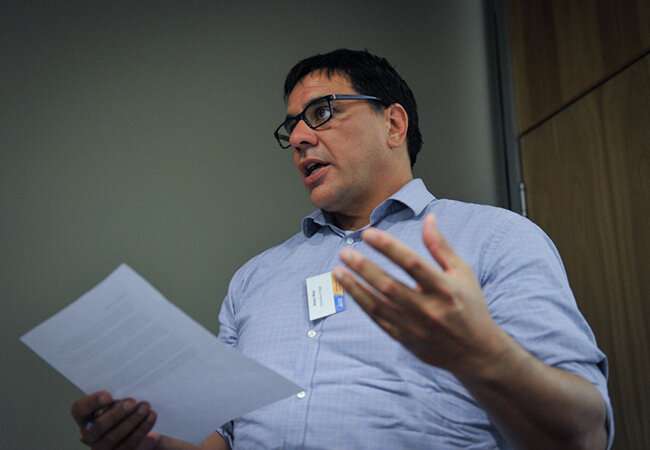 Māori and Pasifika who have not been able to quit smoking may need more support to move from smoking to vaping, researchers from the University of Otago and Māori public health collective Hāpai Te Hauora have found.

The researchers conducted in-depth interviews with 16 people who identified as Māori or Pacific ethnicity, or both, who had smoked at least 100 cigarettes in their lifetime, and who currently used electronic nicotine delivery systems (also known as e-cigarettes or vapes).

They found people who had been unable to quit smoking would be able to switch to vaping more easily if they found vaping more satisfying and were exposed to fewer smoking cues.

Their research provides some of the first information available on the uptake of electronic nicotine delivery systems among Māori and Pacific people who smoke, and comes ahead of new Government legislation governing the sale and marketing of vaping products.

The research is published in the international journal, Nicotine & Tobacco Research.

Co-lead author Lizzie Strickett from Hāpai Te Hauora says that while we know vaping is likely to be much less harmful than smoking, that does not mean people will find it easy to switch.

Senior authors Andrew Waa and Professor Janet Hoek from the University’s Department of Public Health, say the findings reinforce the need to ensure that vapes are only sold by knowledgeable retailers who can help smokers find a device that will completely replace smoking.

Mr Waa notes: “Some of our participants struggled to learn how to vape. They need better quality advice from expert retailers to give them the best possible chance of switching from smoking to vaping.”

Of New Zealand’s 600,000 smokers, around 166,000 are Māori and 57,000 Pasifika. Smoking prevalence among Māori is 2.6 times higher than among non-Māori and lung cancer rates are three times higher.

The authors say factors such as the effects of colonisation, barriers to healthcare and lower socio-economic status all contribute to the disparities in smoking prevalence.

Co-lead author Dr Lindsay Robertson, from the Department of Preventive and Social Medicine at the University of Otago in Dunedin, says people moving from smoking to vaping should be advised to expect a different physical experience.

“People need to understand that vaping will not be the same as smoking, and should be encouraged to persist, even when they feel nostalgic for smoking.”

Study participants found whānau provided helpful advice and information, though exposure to others’ smoking made their transition to vaping more difficult.

Stephanie Erick, Kaiwhakahaere General Manager of the National Tobacco Control Advocacy Service at Hāpai Te Hauora, noted the powerful role that collective support and change within whānau could play with Māori and Pasifika who smoke.

“Although people found the sight and smell of others smoking very tempting, they were also encouraged by those they knew who had switched to vaping. Using successful switchers as role models could support transition to vaping among Māori and Pasifika who smoke, as could promoting the financial benefits of switching.”

The researchers hope their findings could inform practical changes, such as setting standards for vape retailers, providing resources that fill information gaps and offering practical guidance, all of which could address challenges their participants encountered.

Mr Waa says Māori and Pacific participants had clear ideas of what they would find helpful, including strong whānau support and access to high quality, reliable information.