Libby Clegg health: Dancing On Ice star is registered blind – what is her condition?

Libby Clegg, 29, has represented both Scotland and Great Britain at international sporting events. She won a silver medal at the 2008 Summer Paralympics and won gold at the 2016 Paralympic Games. Clearly up for any challenge, the sprinter is now competing in ITV’s Dancing On Ice.

But why exactly is the star registered as blind? The sporting star has a deteriorating eye condition known as Stargardt’s Macular Dystrophy which gives her only slight peripheral vision in her left eye.

Libby has described her eyesight as being “like looking at a pixelated computer screen or a scrunched-up firework”, when speaking to The Daily mail.

She added: “I have some peripheral sight – barely any – and with what little sight I do have I was able to use to use to follow the lines on the track.”

Libby wasn’t born blind, and started losing her eyesight at the age of 9. 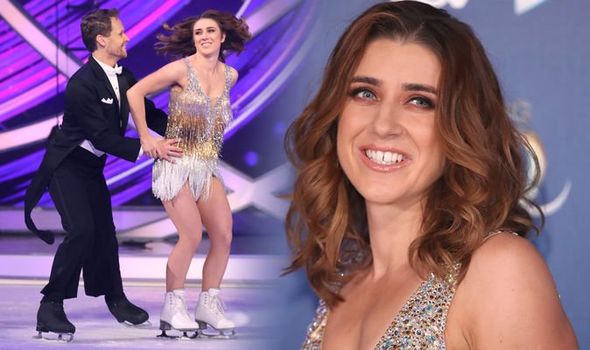 But there’s currently no treatment for Stargardt, and eventually, the mother-of-one will lose her entire sight.

She continued: “I’m at the age where my sight should be stabilising but it’s still deteriorating.

“Things will never go black, but I don’t know yet exactly what I will be able to see.”

“On the track I run with a guide runner and we’re attached all the time, but basically it’s like learning a different vocabulary to communicate.

“Myself and my partner Mark Hanretty use touch and verbal communication.

“I’m not as bad as I thought I was going to be, but it’s not as easy as it looks.

“It’s a lot harder than I thought it’d be, it’s very technical.” 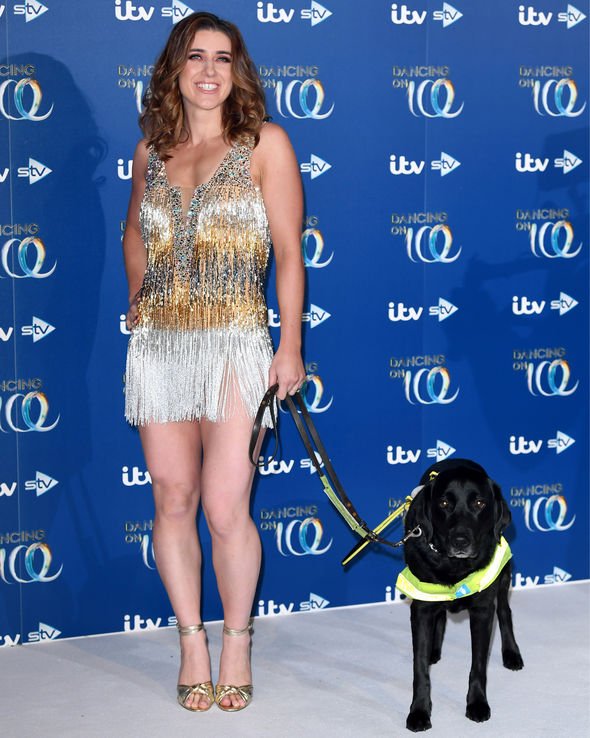 What is Stargardt’s Macular Dystrophy?

Moorfields Eye Hospital, part of the NHS Foundation Trust, says Stargardt disease is a rare inherited condition affecting one in 8,000 to 10,000 people.

It explains: “In Stargardt’s the light-sensitive layer of cells in the macular region of the eye degenerate.

“The macular is the area at the back of the eye which is responsible for the fine detailed vision necessary for activities such as watching TV and reading.” 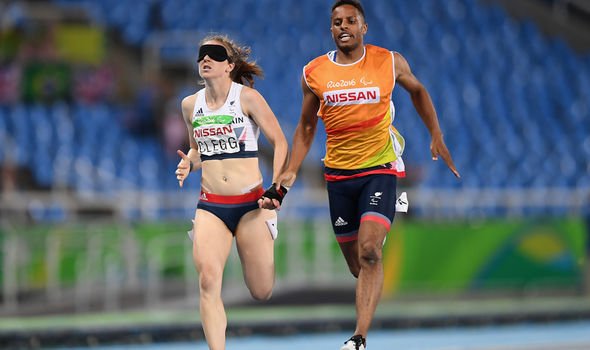 Symptoms of the condition include:

Moorfields Eye Hospital says UV blocking sunglasses can offer some protection for remaining vision, but the condition is currently untreatable.

It adds: “A number of novel interventions are currently under investigation, including stem cell therapies. Stem cells are a special type of cell which, when put under the right conditions, can develop into many other types of cell including those found in the macular. It is hoped that new cells derived from stem cells can be grown in a laboratory to be transplanted into the eye to replace areas of dead or non-functioning cells. Stem cells can be sourced from a number of places including blood, bone marrow, umbilical cord and fertilized egg cells.

“Researchers are involved in Europe’s first ongoing stem cell trial for Stargardt’s. More research will need to be undertaken in the future to determine to what extent stem cell therapy might help improve vision for people with Stargardt’s.”