Exercise and physical activity reduce the risk of cardiovascular disease (CVD). It has been observed that an active individual is at a 30% to 40% lower risk of CVD. However, previous cross-sectional studies have failed to determine whether exercise has a significant impact on expediting coronary atherosclerosis and plaque morphology. A recent Circulation journal paper has focused on investigating the relationship between exercise volume and intensity and the progression of coronary atherosclerosis in middle-aged and older male athletes. 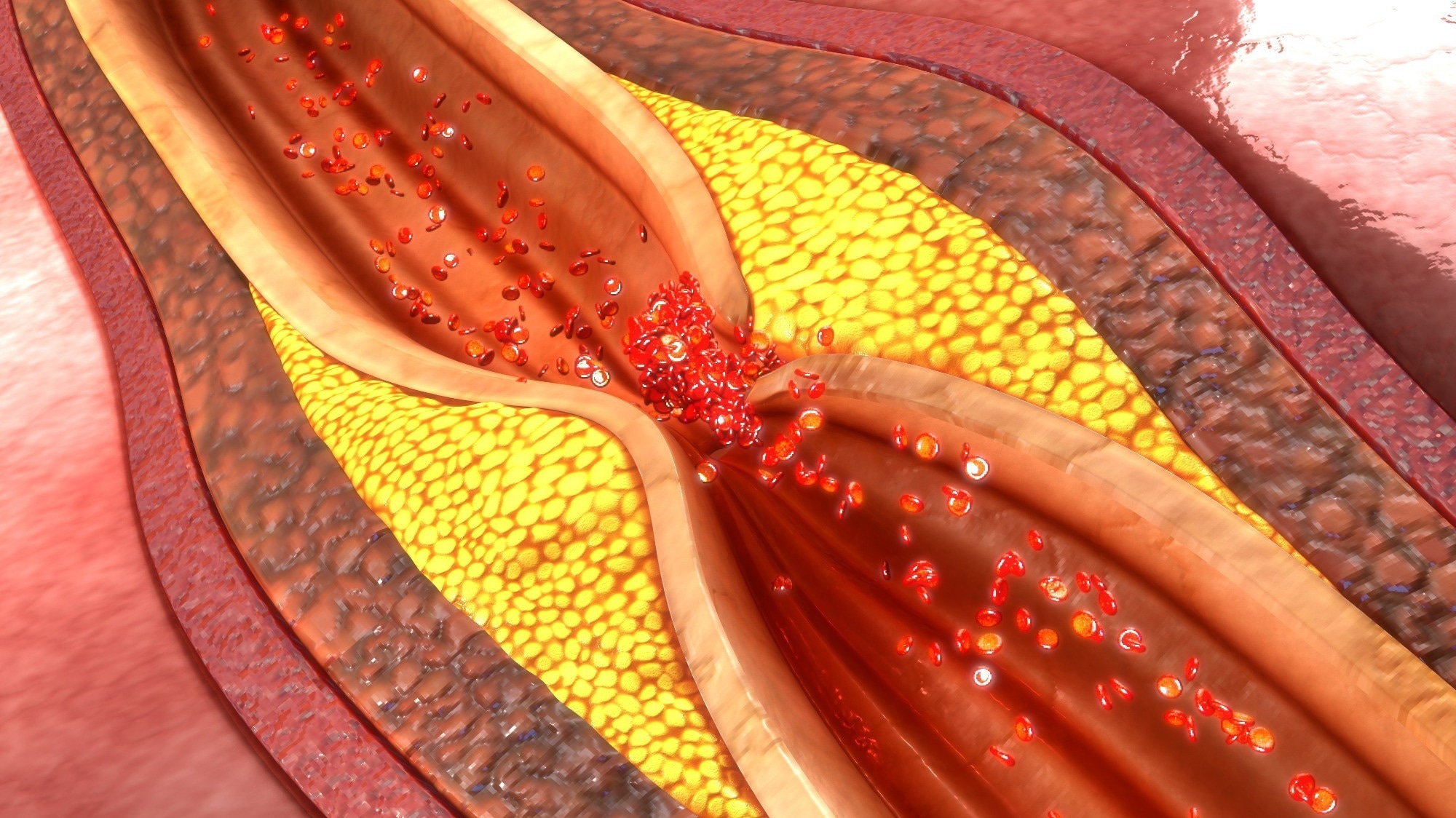 Study: Exercise Volume Versus Intensity and the Progression of Coronary Atherosclerosis in Middle-Aged and Older Athletes: Findings From the MARC-2 Study. Image Credit: sciencepics / Shutterstock

Coronary artery calcification (CAC) is a biomarker for coronary atherosclerotic plaque burden and future risk of CVD events. This biomarker can be measured using the computed tomography (CT) imaging technique. In addition, a more detailed study of coronary plaque morphology can be carried out using Coronary CT angiography (CCTA).

The MARC-2 study recruited asymptomatic middle-aged and older men above 45 years of age and did not show any abnormalities in their sport’s medical evaluation between May 2019 and February 2020. Individuals who underwent a percutaneous coronary intervention during follow-up were excluded.

A metabolic equivalent of task (MET) for all reported sports was assigned based on the Compendium of Physical Activities. The current study used exercise volume, expressed in MET hours/week, during the study period.

The current study included a total of 291 men. Based on the eligibility criteria, 287 men were finally included in the MARC-2 CAC analyses and 284 in the plaque analyses. It was observed that the average follow-up between CT scans was 6.3 years. Additionally, blood pressure levels and the use of antihypertensives and statins had substantially increased in the follow-up period. However, the cholesterol level of the participants remained the same throughout the follow-up period. Six participants had quit smoking.

Exercise intensity, but not volume, was correlated with the progression of coronary atherosclerosis. The impact of vigorous exercise was found to be less effective in CAC progression; however, very vigorous exercise was associated with a more significant progression of CAC and plaque (calcified). This finding is in line with cross-sectional MARC-1 observation that revealed specific exercise intensities rapidly enhance the development of calcified plaque.

Exercise with a very high level of intensity has been associated with the formation of calcified plaque, which suggests that certain mechanisms may be involved in facilitating coronary atherosclerosis in athletes. For instance, higher-intensity exercise produces higher catecholamine levels, which can increase an individual's heart rate and blood pressure. According to previous studies, increased heart rate expedites atherosclerosis, possibly due to the increased frequency of turbulent blood flow.

The longitudinal study design, and the assessment of CAC scoring and CCTA in a sizeable athletic population, are key strengths of this study. Atherosclerosis prevalence and severity were found to increase with lifelong exercise volume in athletes.

Higher intensity running encourages greater atherosclerotic plaque calcification – but is that good or bad? Exercise Volume Versus Intensity and the Progression of Coronary Atherosclerosis in Middle-Aged and Older Athletes: Findings From the MARC-2 Study https://t.co/wnxkZ3PuVt

Priyom holds a Ph.D. in Plant Biology and Biotechnology from the University of Madras, India. She is an active researcher and an experienced science writer. Priyom has also co-authored several original research articles that have been published in reputed peer-reviewed journals. She is also an avid reader and an amateur photographer.