How a microRNA protects vascular integrity 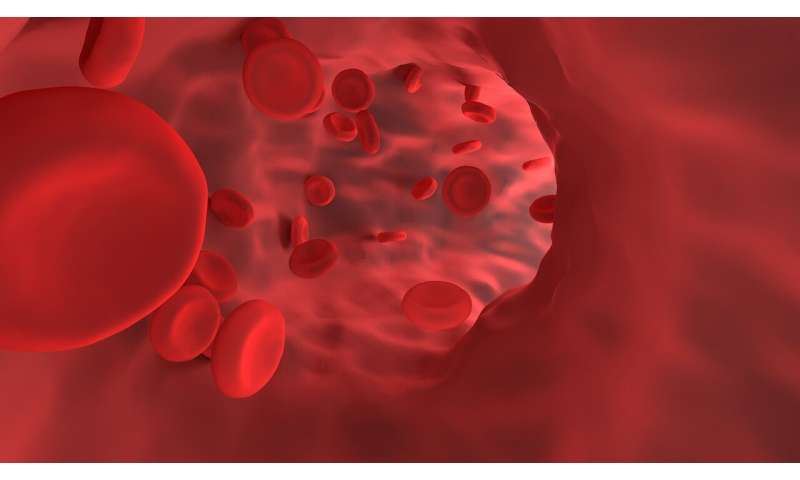 Short RNA molecules known as microRNAs (miRNAs) play a vital role in the regulation of gene expression. Anomalies in miRNAs expression and function have been implicated in pathological processes, such as the development of chronic diseases like atherosclerosis. The regulatory functions of miRNAs usually take place in the cytoplasm, where they interact with target RNA transcripts to inhibit their translation into protein or promote their decay. However, Professor Christian Weber’s group in the Institute for Cardiovascular Prevention (IPEK) at the LMU Medical Center has now described an exceptionally different mode of action. By investigating a miRNA named miR-126-5p, Weber’s team demonstrates that this molecule can unexpectedly be transferred into the cell nucleus and, by simply interacting with it, suppresses the activity of an enzyme, named caspase-3, which is responsible for killing the cell by programmed cell death. In this way, the molecule protects vascular integrity and reduces the extent of atherosclerotic lesions.

Atherosclerosis is often referred to as “hardening of the arteries” and underlies the development of cardio- and cerebrovascular diseases which represent the main cause of death worldwide. The condition occurs almost exclusively at bifurcations of the arterial tree, where turbulence of blood flow promotes damage to the endothelial cells that line the vessels, favoring the recruitment of inflammatory cells and the eventual development of atherosclerotic plaques. Endothelial cells express particularly high concentrations of miR-126-5p to protect them from damage. The new study set out to uncover the molecular mechanisms that mediate this function. The results demonstrate that the protective effect is initiated by the high shear stress imposed on the endothelial cells by the laminal flow of blood over their surfaces.

“High shear stress triggers a multi-step process in the endothelial cells, which results in the formation of a molecular complex between miR-126-5p and an RNA-binding protein. The complex is then transported into the cell nucleus,” says Donato Santovito, postdoc in Weber’s group and lead author of the new paper. Once inside the nucleus, miR-126-5p is released from the complex and binds to an enzyme called caspase-3, thus inhibiting its activity. Caspase-3 itself is a crucial mediator of programmed cell death (apoptosis). Multiple factors known to increase the risk of atherosclerosis—such as turbulence in the blood flow, high level of cholesterol or glucose—promote apoptosis in endothelial cells. Hence, by inhibiting the enzyme caspase-3, nuclear miR-126-5p protects endothelial cells from induced cell death. In doing so, it also reduces the endothelium’s susceptibility to damage at sites of high shear stress, which indeed are typically protected from development of atherosclerosis. And by maintaining the integrity of the endothelial surface, the miRNA also makes an important contribution to the function of the vasculature as a whole.