Going gluten-free? Here’s everything you need to know

While gluten-free diet may seem as a major diet trend, it is not for everyone. Here's what experts say. It is one of the most talked-about diets in today’s time. Some people believe that a gluten-free diet is a healthier way to live and an opportunity for weight loss. But is it really so? To debunk myths and misconceptions, and to layout if it’s meant for you, indianexpress.com spoke to numerous health professionals from across the country. Here is what we found.

Gluten is a set or a family of proteins found in several types of grains like wheat, rye and barley. Of the gluten-containing grains, wheat is by far the most commonly consumed. When flour is mixed with water, the gluten proteins form a sticky network that has a “glue-like consistency”. There are two types of protein in gluten including glutenin and gliadin. “Gliadin is responsible for most of the negative health effects,” says geneticist Pranav Anam, founder, The Gene Box. The gluten found in wheat, barley, rye and triticale (a cross between wheat and rye) can trigger serious health problems or other sensitivities. While other grains such as corn, rice and quinoa also contain gluten, they don’t seem to cause the same problems as those in wheat, barley, rye and triticale, explains dietician Kiran Dalal, chief clinical nutritionist, Fortis Hospital Faridabad.

Which foods have gluten? 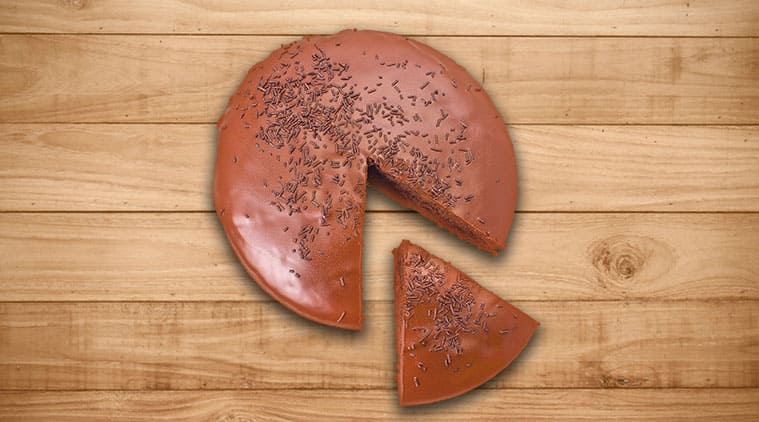 How does gluten impact one’s body?

Gluten does not have an adverse effect on most people. For example, people with the highest intake of whole grains, including wheat (two-three servings daily), compared with people eating the lowest amounts (less than two servings daily) were found to have significantly lower rates of heart disease and stroke, development of type 2 diabetes, and deaths from all causes. “They seemingly were not celiac disease patients nor had a non-celiac gluten sensitivity,” explains Anam.

Gluten has also been spoken of as a prebiotic, feeding the ‘good bacteria’ in our bodies. “These bacteria are normally found in a healthy human gut. Fluctuations in their amount or activity have been associated with the prevalence of inflammatory bowel disease, colorectal cancer, irritable bowel syndrome etc,” Vidhya Ramasubramanian, chief nutritionist, Cloudnine Group of Hospitals, Bengaluru tells indianexpress.com.

But it does cause an inflammatory response in people with gluten sensitivity, sometimes with serious consequences, states Dr Neha Pathania, dietician, Paras Hospitals, Gurgaon.

Who should avoid gluten?

There is a “section of people”, who cannot tolerate gluten and it can cause problems to people with certain health conditions. “Celiac disease, gluten sensitivity, wheat allergy and some other diseases are quite common,” explains Dr Neha Pathania, dietician, Paras Hospitals, Gurgaon.

People suffering from celiac disease, an autoimmune disorder, may experience symptoms including fatigue, abdominal pain, bloating, vomiting, nutritional deficiencies, diarrhoea, constipation and weight loss. In people with celiac disease, the intestine cannot absorb nutrients into the bloodstream properly, leading to anaemia, delayed growth, and weight loss, among other things. “If a person with the celiac disease continues to eat gluten, complications such as multiple sclerosis (MS), osteoporosis, infertility and neurological conditions can arise,” says Dalal.

Other symptoms including diarrhoea, abdominal pain, bloating and gastro-intestinal troubles are common in people with celiac disease. “However, two years after diagnosis, improvements in symptoms were greater among children than among adults for bloating, diarrhoea, weight loss and abdominal pain. For children, it takes around 24 months of the gluten-free diet to reduce the symptoms,” says Anam.

Is a gluten-free diet for everyone?

#glutenfree #chooseday Are you #glutenintolerant or simply looking to cut back on your #gluten intake? This #chickpeapasta salad is just for you. Loaded with #mixedpeppers #redcabbage #carrobs and fresh herbs. Yummy and healthy. #veganfood Check out menu and order your lunch meals.

#glutenfree #chooseday Are you #glutenintolerant or simply looking to cut back on your #gluten intake? This #chickpeapasta salad is just for you. Loaded with #mixedpeppers #redcabbage #carrobs and fresh herbs. Yummy and healthy. #veganfood Check out menu and order your lunch meals.

It is only recommended if you are diagnosed to have celiac disease. “If you are going on a gluten-free diet, it is important to know that it can lead to serious nutritional deficiencies,” says Dr Thacker.

Does pregnancy and childhood development have a relation to gluten?

There haven’t been multiple, hardcore studies of how gluten-free diets may affect pregnancy and childhood development. But those who already have a sensitivity to gluten or are intolerant to gluten, it is far wiser to avoid gluten completely, suggests Ramasubramanian. “Wheat allergy, another form of gluten intolerance, can not only cause intestinal problems but can also ignite classic allergy symptoms such as hives, itching, nasal congestion and respiratory reactions,” she says.

A post shared by Indian Flavours For You-Tamil (@theindianflavoursforyou) on Jan 27, 2020 at 9:38pm PST

A post shared by Indian Flavours For You-Tamil (@theindianflavoursforyou) on Jan 27, 2020 at 9:38pm PST

Gluten-free diet , while essential for people with celiac disease or gluten sensitivity has also become a fad, suggests Dalal. “Not everyone should go gluten-free. The bottom line is you need to know your sensitivity to gluten. If you are not sensitive or have the disease, going gluten-free may increase the risk for heart disease, stroke and development of type 2 diabetes,” mentions Anam.

Concurs Ramasubramanian while stating that recognising signs of intolerances to certain foods or perhaps, identifying newly developing symptoms post intake of gluten in food, are all the “basic self-markers to pick up if something is really wrong.”

*Practice reading food labels so you can identify gluten-free foods

*Use gluten-free substitutes in place of gluten-containing foods. One can replace chappati bread to ragi or nachni chapati, nachni bread. Soya flour can also be used instead of wheat puff.  Remember lots of foods are naturally gluten-free such as vegetables, meat, poultry, quinoa, fish cheese and eggs so use these as the basis to your meals.

*Be aware of cross-contamination. Store gluten-free and gluten-containing foods in different places.

📣 The Indian Express is now on Telegram. Click here to join our channel (@indianexpress) and stay updated with the latest headlines

For all the latest Lifestyle News, download Indian Express App.