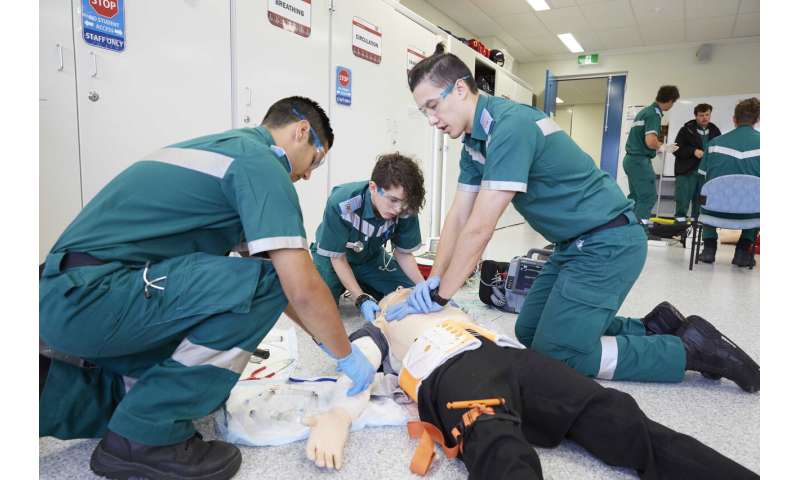 Life-saving CPR courses would be mandatory in Australian high schools if Generation Z were setting the curriculum, according to a new study from Edith Cowan University (ECU).

That’s important because previous research has shown only 56 percent of Australians have CPR training and only one in five had taken a course in the preceding 12 months.

Yet CPR performed by a bystander is vital to successfully treat the almost 25,000 cases of out-of-hospital cardiac arrest that occur in Australia each year.

ECU surveyed 178 young Australians about their attitudes towards CPR and also found that:

More training will save lives

Lead researcher from ECU’s School of Medical and Health Sciences Researcher and Masters Student Timothy Rankin said the survey results showed there was an appetite among young people to increase the number of Australians with CPR training.

“When you’re having a cardiac arrest, every second counts. Your chances of survival without treatment decrease by about 10 percent every minute,” he said.

“We know that someone with CPR training is more likely to start treatment, so by increasing the number of people trained we’re going to save lives.”

CPR is the most effective treatment for cardiac arrest occurring outside a hospital, however only 12 percent of people who suffer a heart attack outside hospital survive.

Mr Rankin said factors including fear of infection and legal liability often prevents bystanders from starting CPR quickly when someone is having a cardiac arrest.

“That’s why we need more Australians to be trained in administering CPR, so there’s a better chance of people administering CPR quickly, which will undoubtedly lead to more people surviving those cardiac arrests.”

A global move toward mandatory training

Over the last decade CPR training has been made mandatory in high schools in Norway and an increasing number of states in the US.

The study’s co-author Dr. Brennen Mills said there were some significant benefits to implementing mandatory training among high school students in Australia.

“Currently cost is one of the significant barriers to Australian high school students accessing CPR training, and that means there is less access for students from lower socio-economic areas.”

“Making CPR training a mandatory part of high school curricula would go a long way to eliminating that disparity among communities.

“The more people out in the community we have trained in this essential skill, the more chance there is they will effectively intervene and potentially save the life of someone suffering from cardiac arrest.”