For Moscow’s quarantined, 100,000 cameras are watching 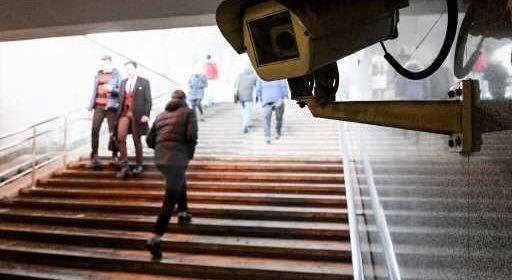 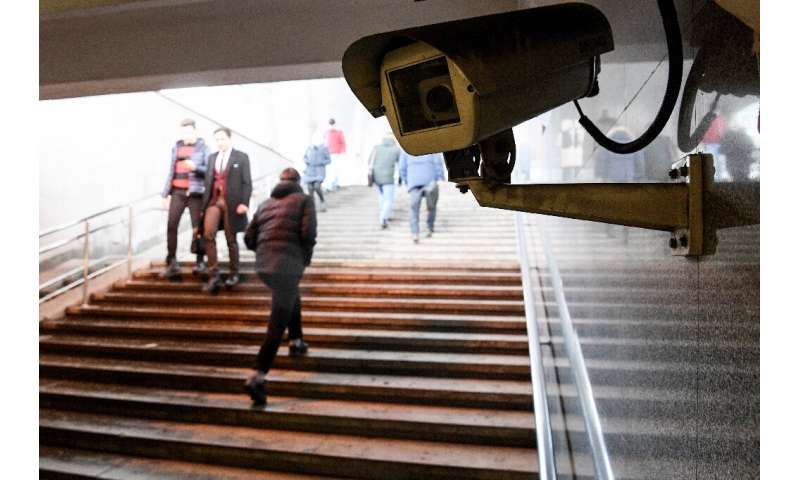 A vast and contentious network of facial recognition cameras keeping watch over Moscow is now playing a key role in the battle against the spread of the coronavirus in Russia.

The city rolled out the technology just before the epidemic reached Russia, ignoring protests and legal complaints over sophisticated state surveillance.

Since last month, thousands of Muscovites have been confined to their homes for 14 days of compulsory quarantine after returning from virus-hit countries, being in contact with those infected or diagnosed with mild symptoms.

Police have logged their details and warned them that sneaking out into the city of 16 million residents and daily visitors could lead to a five-year jail term or deportation for foreigners.

“We are constantly checking that this regulation is being observed, including through the use of automated facial recognition systems,” Mayor Sergei Sobyanin wrote in his blog in February.

The Russian capital already had a tight network of 170,000 security cameras, set up in streets and metro stations throughout the city over the past decade.

Around 100,000 have now been linked to artificial intelligence systems that can identify people being filmed. The remaining cameras are due to be connected soon. 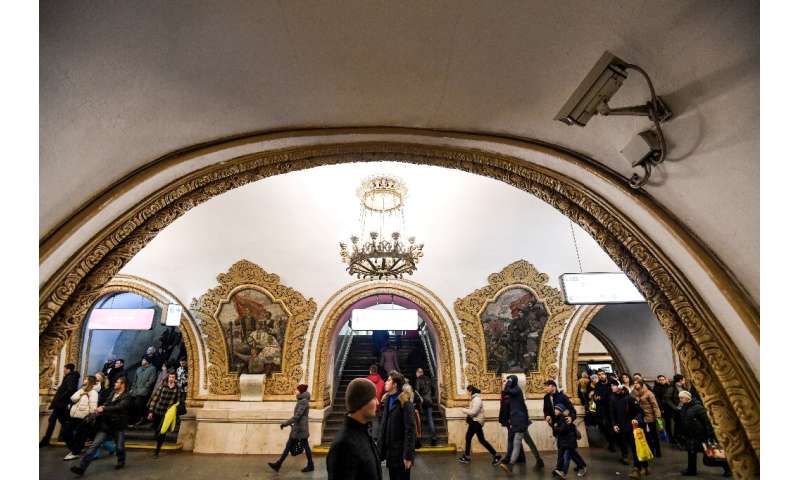 Moscow police said last week that the cameras that are linked have allowed them to identify almost 200 people who broke quarantine rules.

As well as the cameras, Russia has said it is drawing on an array of technology to fight the virus, including telemedicine consultations, the real-time monitoring of supermarket shelves and identifying and removing false news stories from social media.

The country, as of Monday, had reported 438 coronavirus infections, most of them in Moscow. One person who was infected has died but officials are not linking the death to the virus.

Moscow City Hall has boasted that the network of cameras is a particularly effective tool.

Sobyanin has said that the authorities have contacts and work addresses for 95 percent of those quarantined after returning from high-risk countries. 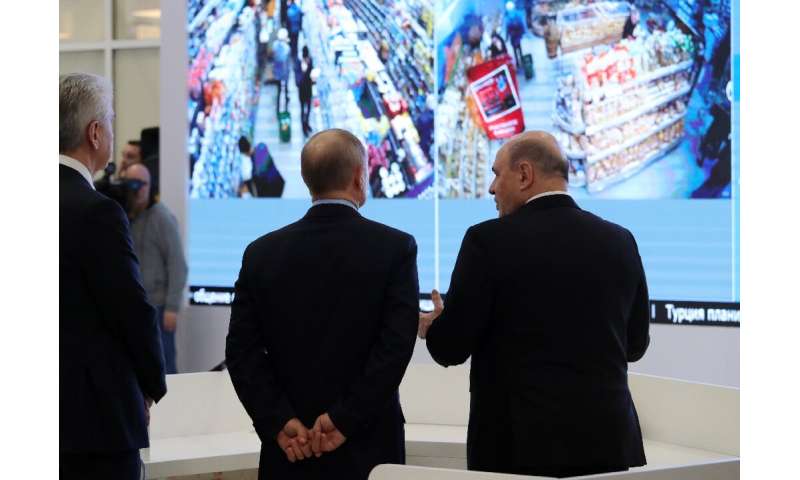 “We’ve identified where they are,” said the mayor, who heads a working group on combatting the virus set up by Putin.

Last month on his blog he praised the efficiency of the facial recognition system with a story of a Chinese woman who tested positive soon after arrival and was hospitalised.

Her flatmate was quarantined but security cameras filmed her walking outside and meeting a male friend.

The mayor added that the authorities swiftly gathered contacts of more than 600 of the woman’s neighbours and even her taxi driver from the airport.

Facial recognition technology was first tested during the 2018 World Cup in Russia before going fully online in January, just before the pandemic hit.

“The probability of a mistake by our facial recognition algorithm is 1 in 15 million,” said Alexander Minin, CEO of NtechLab, the company that won the city’s tender to supply the technology. 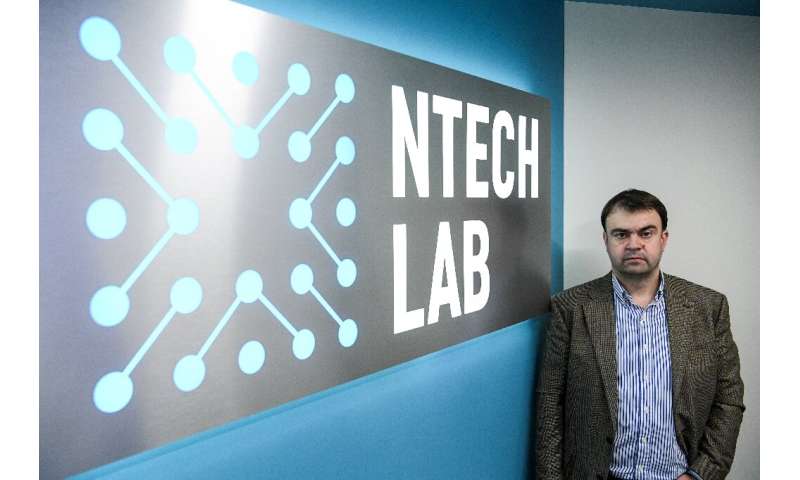 The firm’s devices, which have been exported to China and Latin America, can identify someone from their silhouette alone “80 percent of the time,” he told AFP at the start of the year.

Russia alongside China lead the field globally with the most sophisticated technology, which they export to some 100 countries, Valentin Weber, a researcher in cybersecurity at the University of Oxford, wrote in a 2019 paper.

“Due to stronger data protection laws in Europe, facial recognition has not yet been implemented on a large scale. Russian and Chinese companies have had less legal constraints to gather and use data than their European counterparts,” Weber told AFP.

Before the coronavirus pandemic, critics warned of the potential for excessive state surveillance reminiscent of the all-seeing “Big Brother” in George Orwell’s novel “1984”.

The fear was that rather than protecting the general public, the cameras would be used to monitor Kremlin opponents and undermine civil liberties. 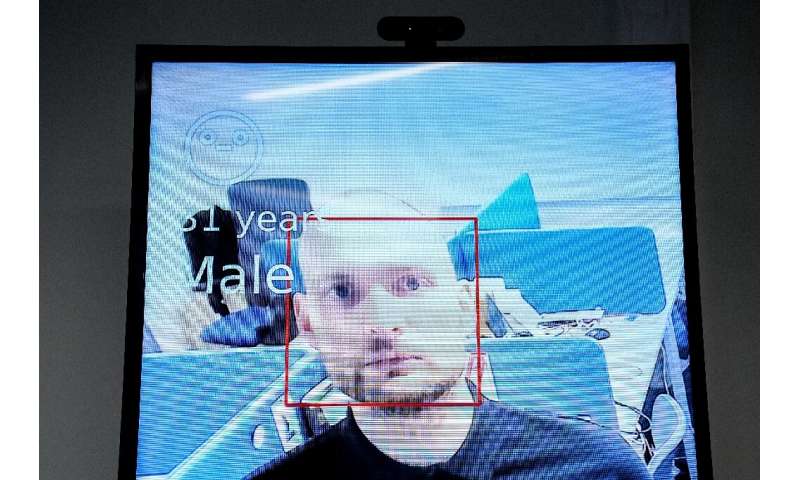 “The security argument is the one always used to justify loss of privacy and personal liberty. That’s where the greatest problem and the greatest danger lie,” said French cybersecurity researcher and renowned hacker Baptiste Robert.

The technology’s creator Minin says that he has confidence in the Moscow authorities and insists that personal data like passport details and phone numbers is not stored on the same databases as camera images.

He says the data sets can only be matched by law enforcement if deemed strictly necessary.

But opponents see such technology as threatening, given the Soviet history of mass surveillance of those deemed by the KGB secret police to be state enemies.

Vocal rights activist and lawyer Alyona Popova launched legal action against the use of facial recognition at an officially authorised opposition protest in September last year.

She said cameras were attached to metal detectors that every participant had to pass through. 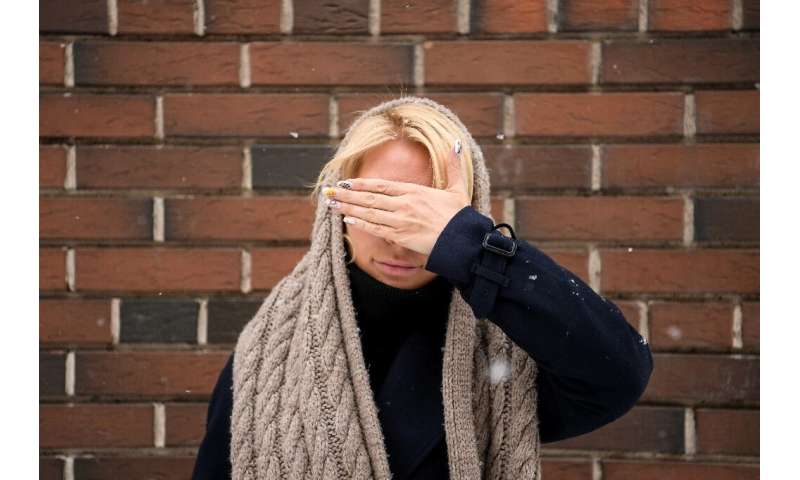 “The massive use of facial recognition technology amounts to state surveillance of its citizens and the state will certainly use it against political opponents,” she told AFP.

Her complaint was eventually thrown out, but an online petition she launched on Change.org against the technology’s use gained almost 75,000 signatures before the COVID-19 crisis.

The mayor’s office denies the technology is used to monitor the opposition.

Yet to highlight the issue, four activists in February protested outside the presidential administration offices, their faces brightly painted with geometrical shapes and lines said to confuse cameras.

“There have already been cases of political activists who were detained in the metro after being identified with the help of cameras,” said one of the protesters, artist Katrin Nenasheva. 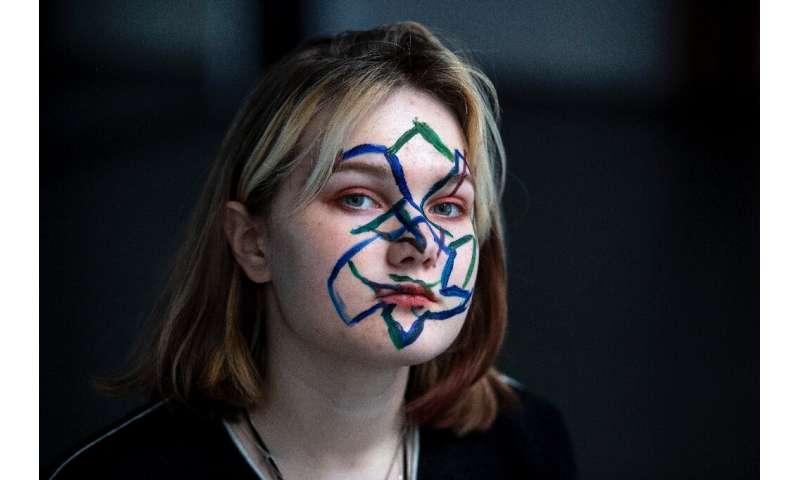 Four of the activists were later fined 15,000 rubles ($185) after being charged with organising an unsanctioned protest.

NtechLab chief Minin warned that face painting or covering up ultimately won’t help those wanting to avoid being identified.