Faint glimmers of hope as virus deaths slow in places 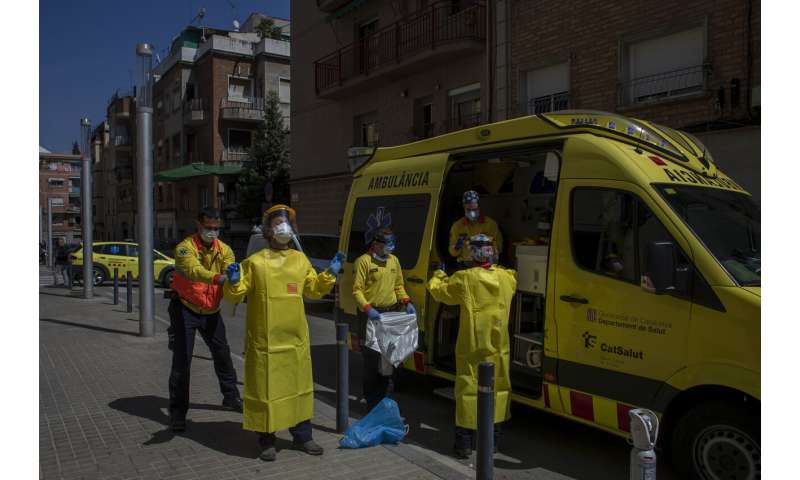 The steep rise in coronavirus deaths in New York appears to be leveling off in a possible sign that social distancing is working in the most lethal hot spot in the U.S., the governor said Monday—a trend that seems to have taken hold even more convincingly in hard-hit Italy and Spain.

Gov. Andrew Cuomo warned that this is no time to relax the restrictions aimed at keeping people from getting too close to one another, and he ordered bigger fines against violators.

Stocks rallied on Wall Street and around the world on the news out of the U.S. and in Europe, where deaths and new infections appear to be slowing not only in some of the most severely stricken countries but in the Netherlands and Germany as well. The Dow Jones Industrial Average was up nearly 1,300 points, or 6%, by early afternoon.

Outbreaks in other places were headed in the opposite direction.

Britain reported more than 600 deaths Sunday, surpassing Italy’s daily increase for the second day in a row. And 55-year-old Prime Minister Boris Johnson, who was infected last month, was hospitalized in what his office described as a precaution because of persistent symptoms. 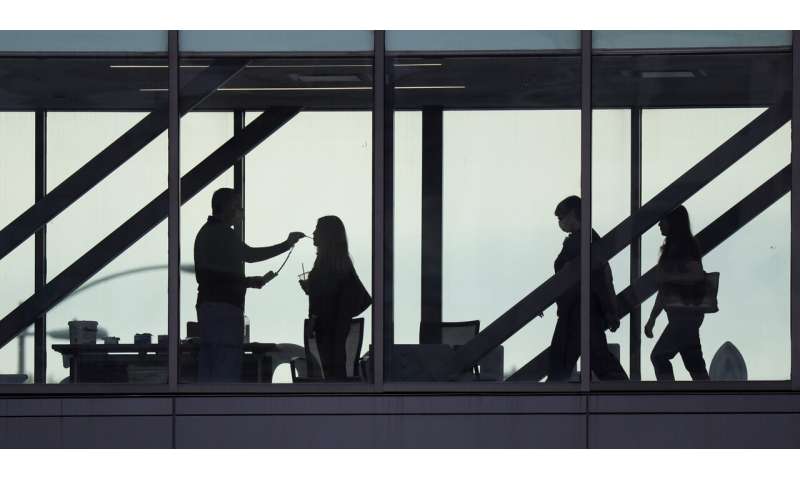 France recorded its highest 24-hour death toll since the epidemic began, 833. And Japan considered a state of emergency for Toyko and other areas because of soaring infections in the country with the world’s third-largest economy and its oldest population.

Worldwide, more than 1.3 million people have been confirmed infected and over 70,000 have died, according to Johns Hopkins University. The true numbers are certainly much higher, because of limited testing, different ways nations count the dead and deliberate under-reporting by some governments.

The state has been averaging just under 600 deaths per day for the past four days. As horrific as that number is, the roughly steady daily totals were seen a positive sign. Cuomo also reported that the number of new people entering hospitals daily has dropped, as has the number of critically ill patients who require ventilators. 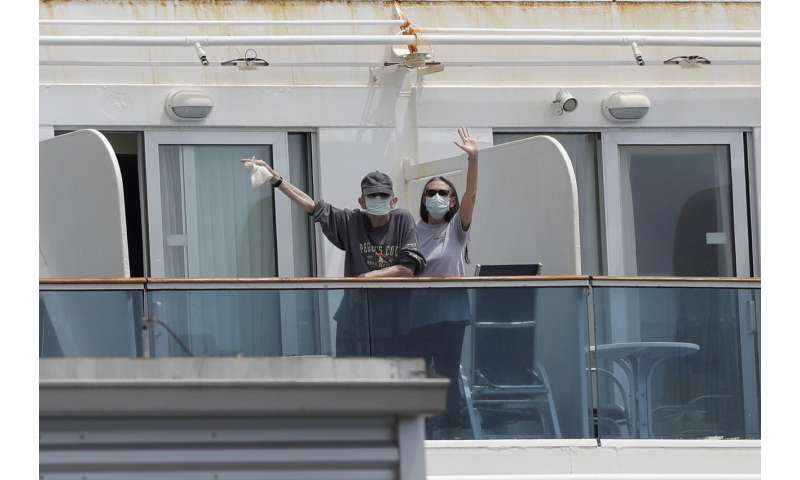 At the same time, he ordered schools and nonessential businesses to remain closed until the end of the month, announced he is doubling the fines for rule breakers to $1,000, and lambasted New Yorkers for being out in parks over the weekend, calling it “wholly unacceptable.”

Even as he announced that the outbreak in New York may be at or near its peak, he warned that hospitals are under extreme pressure.

“If we are plateauing, we are plateauing at a very high level, and there is tremendous stress on the health care system,” Cuomo said. “This is a hospital system where we have the foot to the floor and the engine is at red line and you can’t go any faster, and by the way, you can’t stay at red line for any period of time or the system will blow.”

Elsewhere around the world, Austria and the Czech Republic both began openly discussing how to ease some of the crippling restrictions, starting with reopening some small shops and garden centers next week. 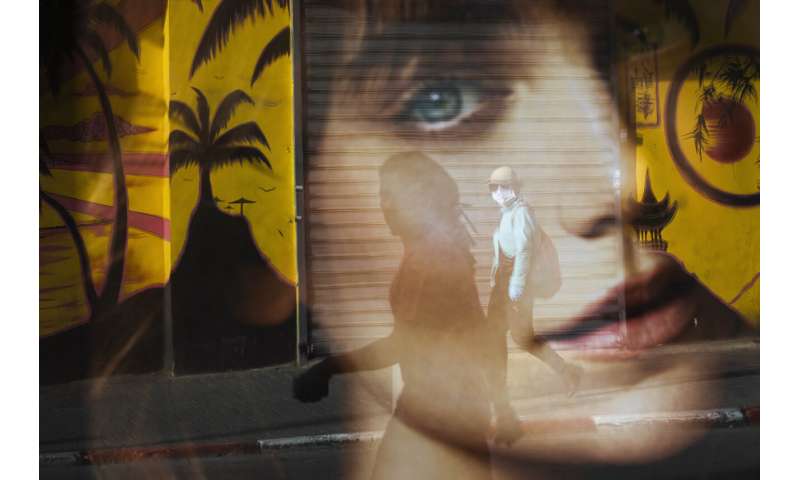 Italy still has, by far, the world’s highest coronavirus death toll—over 16,500—but the pressure on intensive care units in the north has eased so much that the region is no longer airlifting patients to other regions.

Nursing coordinator Maria Berardelli at the hard-hit Pope John XXIII hospital in Bergamo said that while the numbers of new patients had eased up a bit, hospital staff members were still pulling long, difficult shifts.

“There has been no reduction in the work,” Berardelli said. “There have been fewer admissions to the emergency room, but our intensive care units are still full, so the activity hasn’t been reduced.” 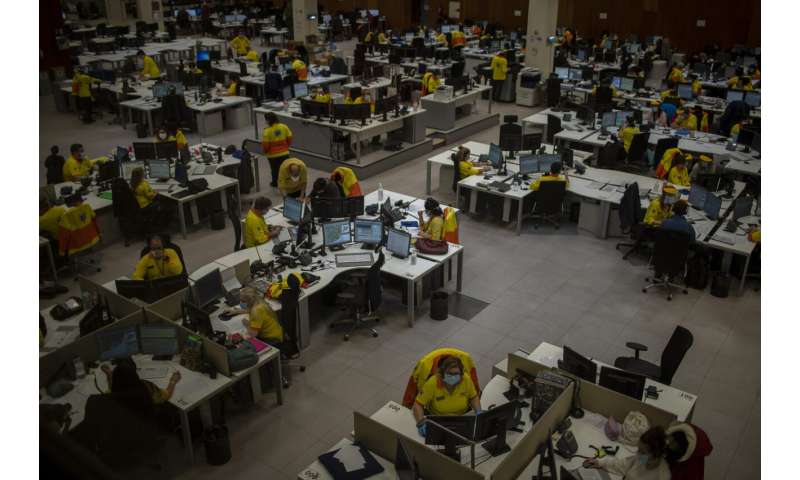 In Spain, deaths and new infections dropped again. The health ministry reported 637 new deaths, the lowest toll in 13 days, for a total of over 13,000 dead. New infections were also the lowest in two weeks.

Emergency rooms in the hard-hit Madrid region of 6.6 million were returning almost to normal a week after scenes of patients sleeping on floors and in chairs.

“This new phase does not mean we can let down our guard. We are assessing the measures that we will need to adopt,” Ábalos said.

It was a message repeated by leaders around the world: Any gains could easily be reversed if people do not continue to abide by lockdown rules.

A report from a federal watchdog agency found that three out of four U.S. hospitals surveyed are already treating patients with confirmed or suspected COVID-19. And some places, like Maryland, Virginia and Washington, D.C., are predicting the peak won’t come until May or well into the summer. 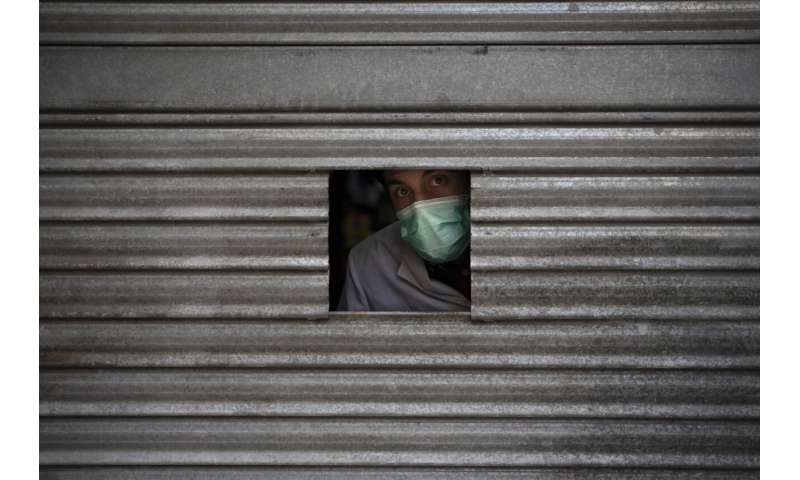 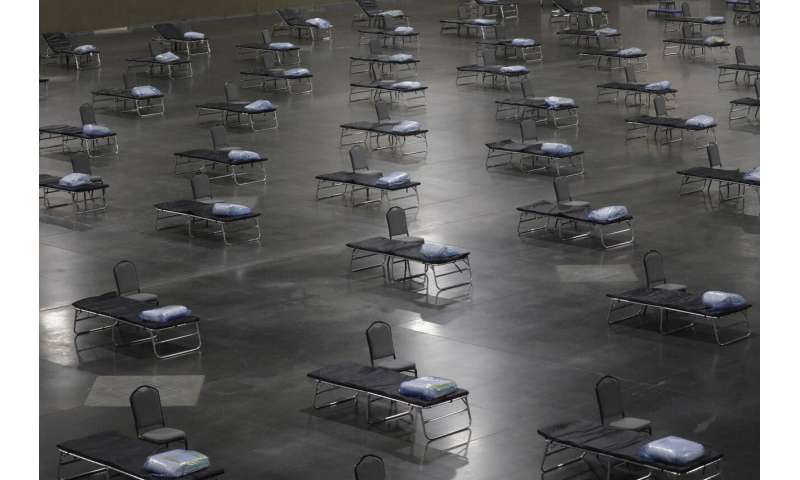 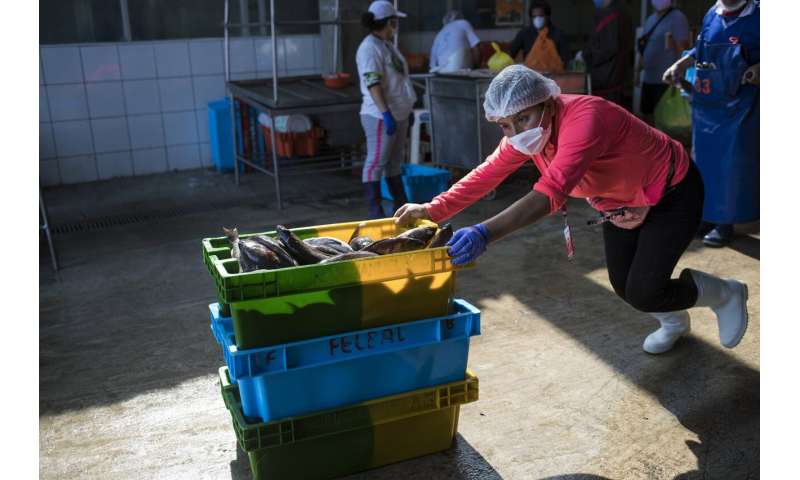 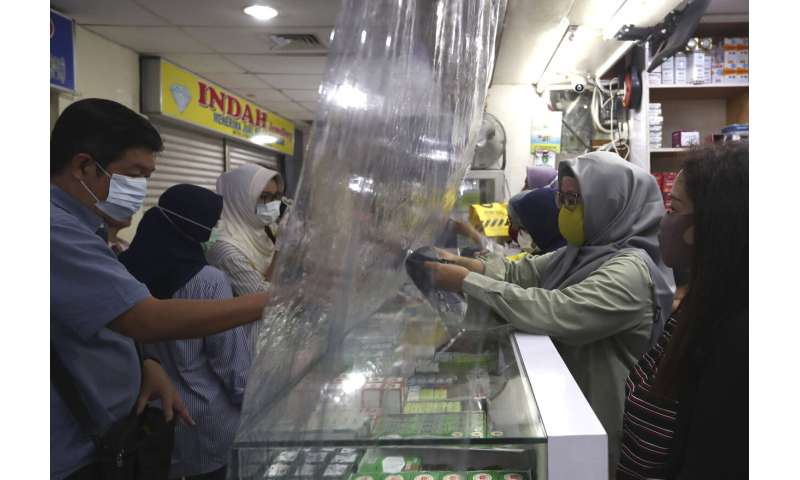 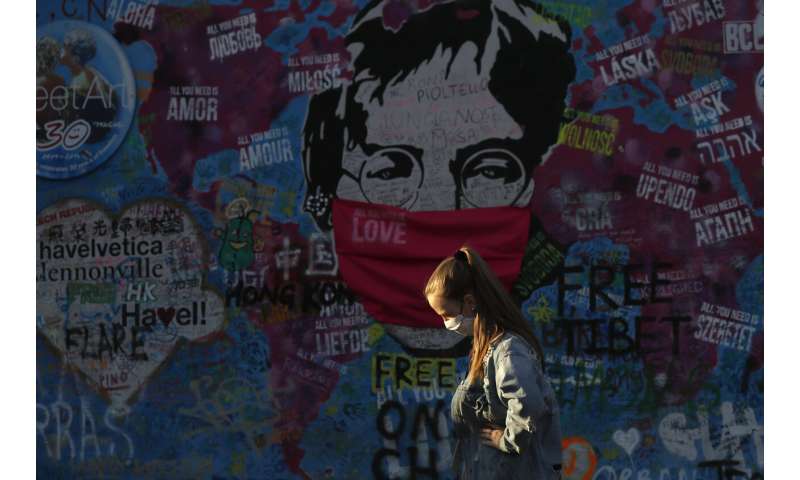 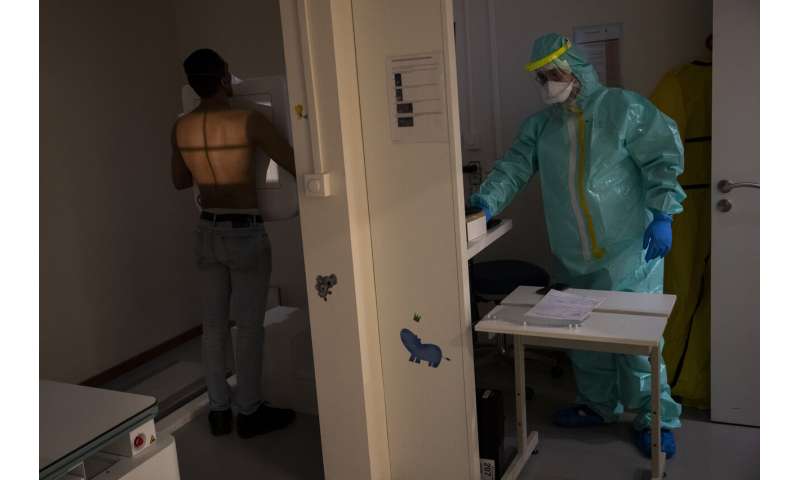 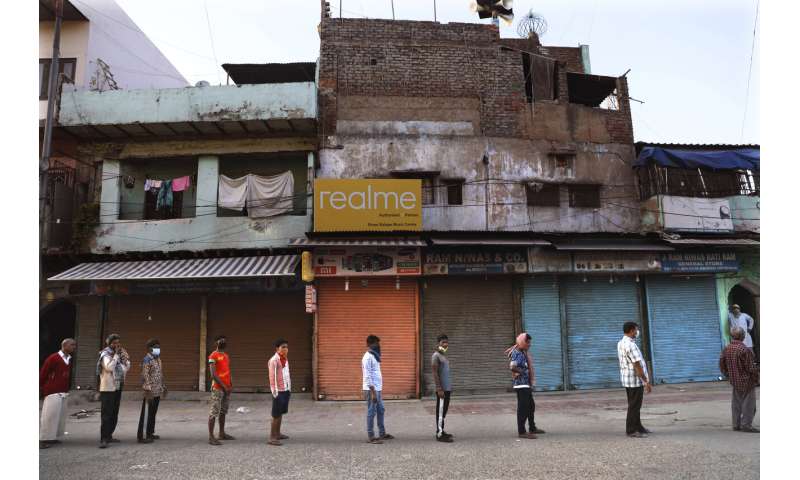 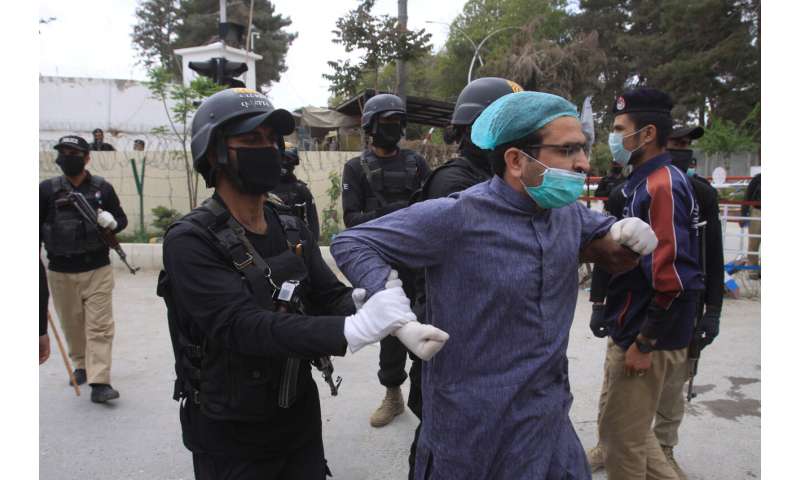 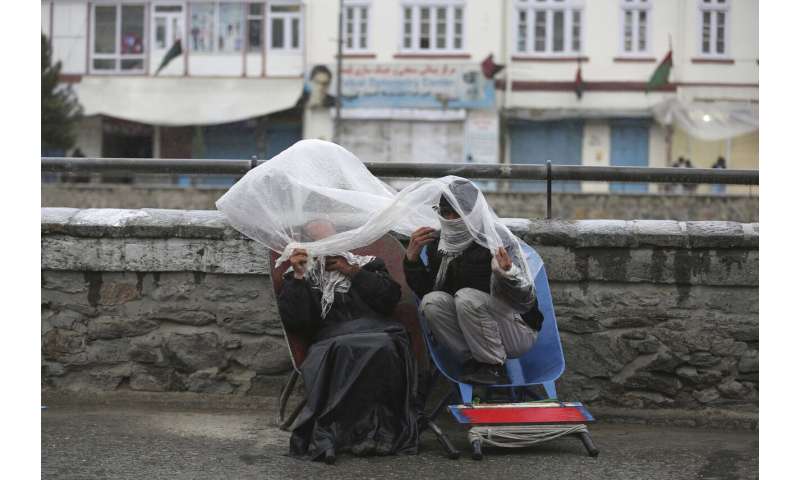 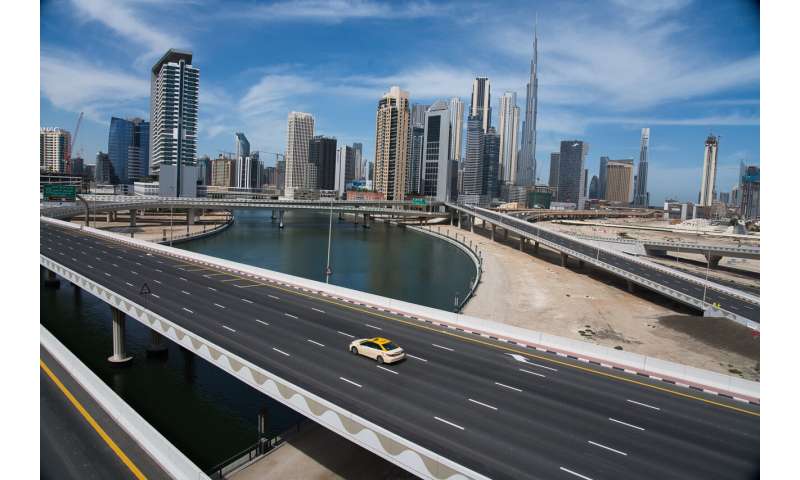 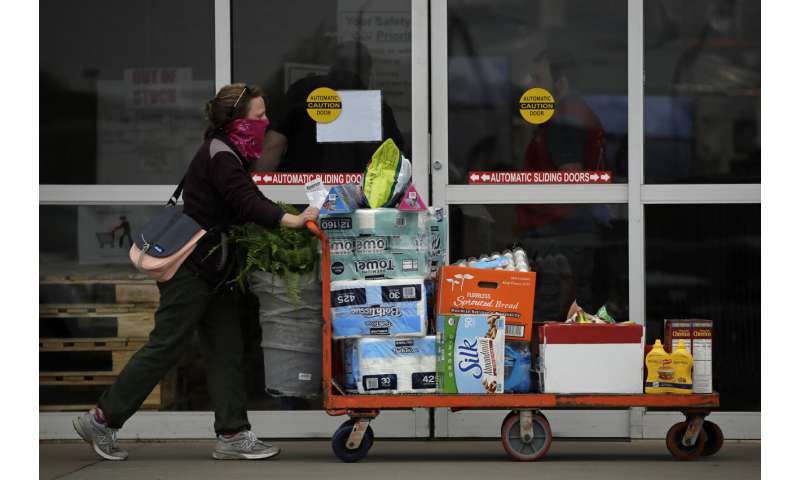 Baton Rouge, Louisiana, reported the death of a newborn girl born prematurely after her mother contracted the disease and was put on a ventilator. Louisiana, a state where New Orleans hosts millions of tourists yearly, had over 500 deaths.