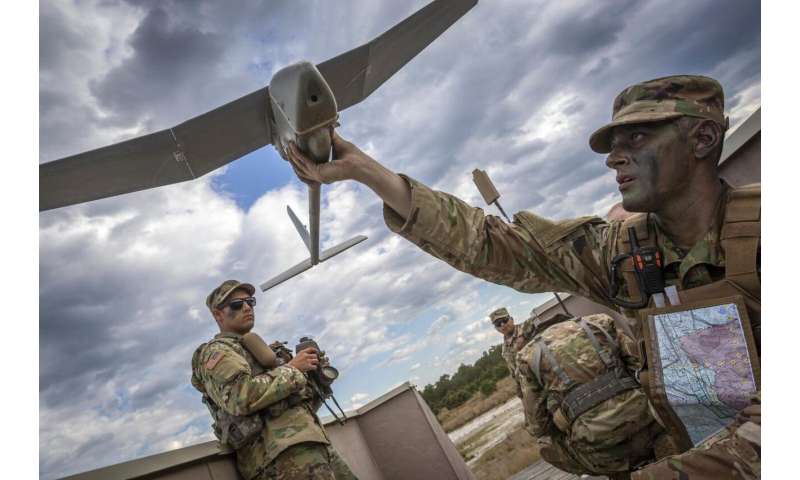 A team of Army and academic researchers are investigating how eye-pupil size changes can indicate a person’s cognitive state as a means to enable teaming with autonomous agents.

The future Army battlespace will require humans and AI agents to team effectively to accomplish mission-critical goals. Although AI agents can fill gaps in human performance, they are rigid and lack the flexibility inherent to human behavior, which could interfere with teaming.

“Humans’ brains are amazing, adaptable systems that automatically apply the right cognitive processes to complete a task and initiates each process at the right time,” said Dr. Russell Cohen Hoffing, a scientist at the U.S. Army Combat Capabilities Development Command’s Army Research Laboratory. “However, our brain’s resources are limited. Being able to predict a Soldier’s mental status before resources are maxed out is an opportunity for an autonomous agent to deploy capabilities to aid the Soldier. To make progress on enabling this technology, we wanted to better understand how physiological signals, such as pupil size changes, are related to performance and cognitive states.”

A joint effort between researchers from the Army and the Institute of Collaborative Biotechnologies at the University of California, Santa Barbara, the Cognitive Resilience and Sleep History, or CRASH, project seeks to understand how variations in state (as measured by physiological sensors) influence subsequent performance. PLOS ONE published the team’s research on a subset of the data set, “Dissociable mappings of tonic and phasic pupillary features onto cognitive processes involved in mental arithmetic”. 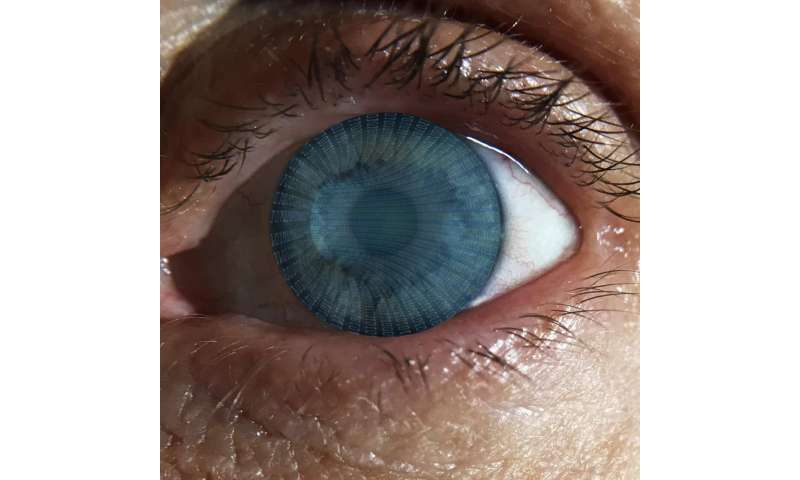 In this research, the team sought to understand the cognitive processes that affect pupil size changes—and the reliability of these relationships—as a foundation to estimate how human cognitive processes and performance can vary in real-world, cognitively challenging tasks, Cohen Hoffing said. The pupil is a unique data source, as it is the only internal organ of the body that brain networks directly modulate and is visible to the outside world.

“The potential of this research is exciting because eye tracking technologies are becoming universal in both commercial and military contexts,” Cohen Hoffing said. “Inherent to eye tracking algorithms, pupil size is estimated but rarely used for analytics. Our research program aims to generate knowledge products that enhance usability of this type of data to have greater insight into cognitive processes such as attention and decision making.”

The researchers collected repeated measurements from participants on eight separate occasions over four months. The data provided insights into the consistency of the pupil response and relationships to behavior both within and between individuals—with a unique glimpse into cognitive processes over time rather than in single-session studies, Cohen Hoffing said.

The findings of the study demonstrated that researchers can use pupil features to index both static and rapid-time varying aspects of cognition to understand how cognitive processes influence performance. Results indicated that at the trial-level, the time that each participant took to answer a mental arithmetic question correlated with the time to maximum pupil dilation and the size of the pupil. The relationship between performance and rapid pupil features indicated that a latent pupil response correlated with the process of reaching an answer, while pupil response increases correlated with the amount of attention applied to provide an answer. In contrast, average pupil size correlated with variability in how fast participants completed questions—suggesting that average pupil size indicates a readiness to perform the mental arithmetic task. 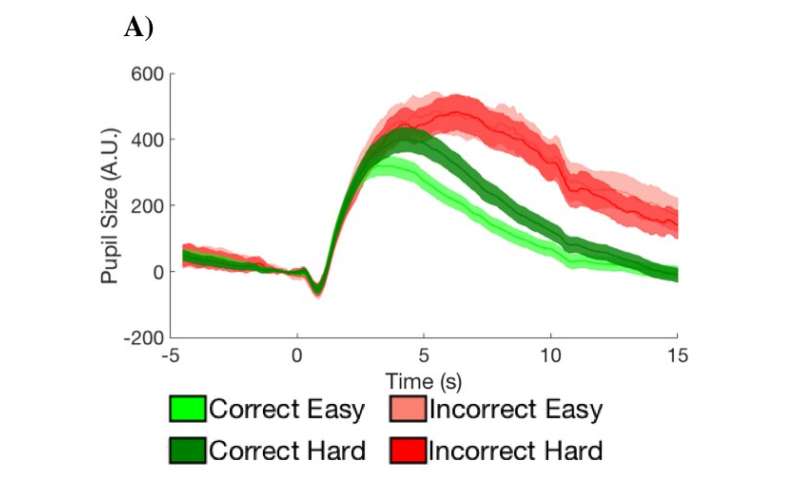 Results of the study confirm and extend previous research, showing that cognition reliably influences the pupil on at least two time-courses: a rapid, transient influence and a longer-lasting, sustained influence.

“These findings allow us to further understand in which cases pupil data may be useful for human and agent teaming,” said Dr. Steven Thurman, Army scientist and senior author on the manuscript. “For example, it may be the case that pupil size is most reliable in complex, real-world contexts only when averaging data over the course of several seconds or minutes. Such a case would enable the ability to track longer timescale changes in mental states, like vigilance, workload or fatigue, but potentially limit its use for tracking moment-to-moment decisions. It is important to employ longitudinal studies like this to understand the utility of pupil data on these varying timescales.”