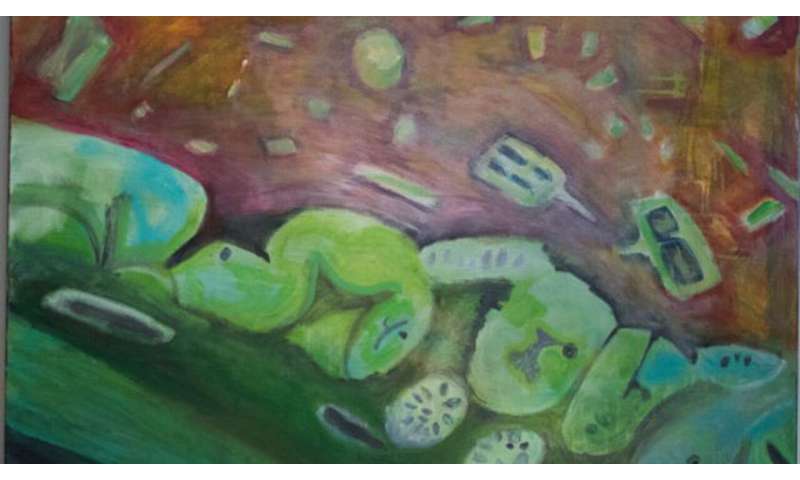 Researchers from North Carolina State University have found that a commonly used drug made from secondary bile acids can affect the life cycle of Clostridioides difficile (C. diff) in vitro and reduce the inflammatory response to C. diff in mice. The findings aid understanding of how this drug may be used in future treatment of C. diff infections in humans.

The drug in question—ursodiol, ursodeoxycholate or UDCA—is a secondary bile acid made by bacteria in the gut and is also FDA approved to treat inflammatory liver diseases. It is currently in Phase 4 clinical trials for use in treatment of C. diff infections.

“If UDCA proves effective against C. diff infection, it would give us an alternative to antibiotic treatments that further disrupt the gut microbiome and can lead to relapse, or to fecal transplants that may have unknown side effects,” says Casey Theriot, assistant professor of population health and pathobiology at NC State and corresponding author of the work.

Theriot and a team of researchers from NC State, Pennsylvania State University and the University of North Carolina at Chapel Hill looked at UDCA treatment of C. diff in vitro and as a pre-treatment in a mouse model of the disease.

C. diff exists in the environment as a dormant spore. In humans, the spores colonize the large intestine by germinating, becoming bacteria that produce damaging toxins. Theriot and her team, led by former NC State graduate student Jenessa Winston, knew that UDCA would inhibit germination, growth and toxin production in vitro, and wanted to see if it would have the same effect in a mouse model.