DC to require vaccinations for clubs, bars and all students 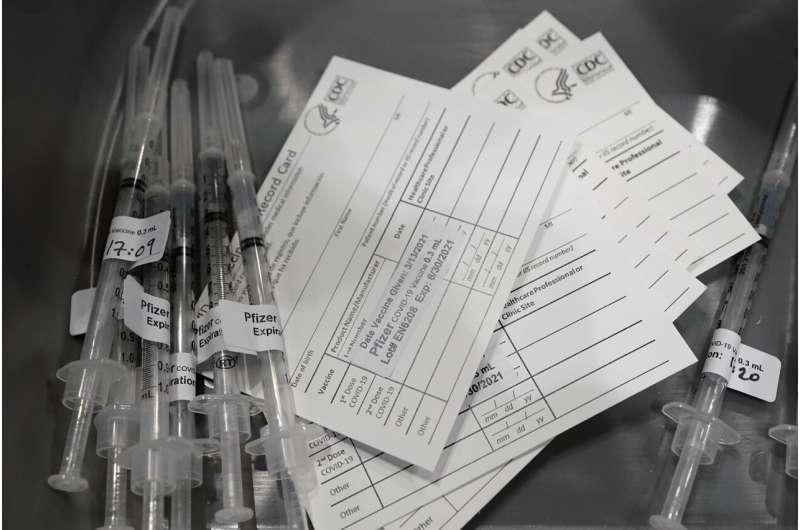 The District of Columbia government is imposing a series of COVID-19 vaccine mandates as it intensifies virus protocols in response to spiraling infection numbers and the march of the omicron variant.

Starting in mid-January, residents over age 12 will have to show proof of vaccination to enter any restaurant, bar, nightclub or gym. All D.C. students—whether in public, private or charter schools—must be fully vaccinated by March 1. That means two shots for the Pfizer and Moderna vaccines.

People will be required to prove their status with their vaccine card, a photocopy or via an app on their phone. The new rules come two days after Mayor Muriel Bowser reinstated the district’s indoor mask mandate.

Officials strongly recommended booster shots as well, but they are not required to get into the places affected by the new mandate. For those who get the two-shot regimen of Moderna or Pfizer, proof of one shot will be required by mid-January and both shots a month later.

“I don’t make any of these types of decisions lightly,” Bowser told reporters Wednesday. She said crises such as the pandemic are “the exact time when the government needs to make some decisions for the whole society.”

Churches, grocery stores and outdoor stadiums are exempt from the vaccine requirement, and Bowser said fast food restaurants may also be exempted when more detailed guidance is issued this week.

The rising infection wave around the country has been reflected in Washington and the communities in northern Virginia and southern Maryland. Last week, Washington reported record-breaking infection numbers on two consecutive days. Maryland Gov. Larry Hogan and Trayon White, a member of the D.C. Council, have both reported testing positive in recent days.

And that’s before the omicron wave truly hits the region. The government reports that 73% of new infections nationwide are from the omicron variant. But so far, only 25 omicron cases have been identified in the capital.

“We know it’s only a matter of time,” said Patrick Ashley of the D.C. health department. “There’s a lot of COVID in the community and it’s understandable to be anxious.”

Much about omicron remains unknown, like whether it causes more or less severe illness. Scientists say omicron spreads more easily than other coronavirus strains. Early studies suggest the vaccinated will need a booster shot for the best chance at preventing an omicron infection but even without the extra dose, vaccination still should offer strong protection against severe illness and death.

“It’s not enough just to get your two shots,” Ashley said.

The wave of public anxiety had led to long lines outside several testing facilities and a renewed debate on whether school buildings should open next year when winter break ends. The January return date for most students has already been pushed back by two days to allow for the preparation and delivery of thousands of rapid tests.

“We are doing anything in our power to keep schools open” said Bowser, adding that it may have been a mistake in hindsight to keep the school buildings shut for the entire 2020-2021 school year.

Bowser acknowledged the emotional toll of a second COVID winter surge, but pointed to a distinction between now and a year ago.