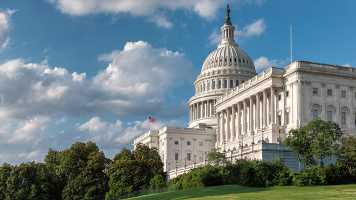 For all the controversy surrounding the “reopening” of society during the ongoing public health emergency, it remains a stubborn fact that there’s no getting back any safe sense of new normal without widespread contact tracing and, eventually, a safe and widely-administered vaccine.

But there’s a major and longstanding hurdle to accomplishing either of those goals: the challenge of accurate patient matching.

Detailed contact tracing in the short term and a nationwide vaccination program in the long term “hinge on having correct patient demographic data,” according to the letter, but “current flaws in the identification and matching of patient records inhibit the nation’s ability to accomplish these efforts successfully.”

The need for better patient matching is a drum that Pew has been beating for a long time – including in a recent HIMSS20 Digital presentation, in which it explored the potential for biometric technology to help.

And it’s hardly the first time Congress has been called upon by other healthcare industry groups to exercise its authority to help solve the longstanding challenge of patient ID.

In this new May 4 letter to Capitol Hill, Pew seizes on the coronavirus crisis as an object lesson showing the need to get these vexing matching challenges finally fixed.

“As Congress looks to enhance the nation’s capacity to respond to this pandemic, improving patient matching will be critical,” said Ben Moscovitch, project director for health information technology at the Pew Charitable Trusts.

“Congress should work with federal agencies – such as the Office of the National Coordinator for Health Information Technology and the U.S. Postal Service – to ensure that they are using all the available tools they have so that public health entities can effectively trace contacts and track immunizations,” he said.

He pointed to the fact that phone numbers aren’t often exchanged between labs and public health authorities who could do contact tracing. In many cases, even if they are, the numbers are for ordering physicians, not patients.

“As a result, contact tracers spend indispensable time searching for a phone number or email address to contact an individual,” he said, “all while the virus may be spreading by unknowingly infected individuals that have not been reached via contact tracing mechanisms.”

And even in the hopeful case that a safe and effective vaccine were to be developed, faster than one ever has before, there could “initially limited supply and [it] may require multiple doses to take effect,” said Moscovitch.

Any large-scale nationwide vaccination program would depend on robust and reliable data, offering insights into which citizens have been inoculated and which have yet to receive the vaccine.

In a nation with nearly 48,000 people named John Smith, that effort would face obvious challenges along the way.

“The effectiveness of immunization registries relies on the ability for health care professionals to locate the right record.To do so, they use demographic data – such as name, date of birth, and address,” said Moscovitch.

“However, a variety of factors can influence the identification of the right record, including typos and information that changes over time. These challenges with patient matching have long been documented throughout health care; for example, research has shown that patient matching rates between hospitals can be as low as 50%.”

In the letter, Pew calls on Congress to support standardization and expansion of data elements to enable more efficient contact tracing and effective immunization.

The government should encourage common use of more demographic data elements – phone numbers, email addresses, previous addresses – as has been called for by ONC.

While more than 240 million Americans have email addresses, for example, and they’re already captured in more than half of EHRs, they’re “typically not used for matching,” said Moscovitch.

And standardization of more common data elements such as addresses and phone numbers, across provider health IT systems, public health agencies and immunization registries is also a major opportunity.

“Research has shown that standardizing specific data elements can improve match rates,” said Moscovitch, “which could result in tens of thousands of additional correct record linkages per day. An organization with a match rate of 85%, for example, could see its unlinked records reduced by 20% with standardization of address alone.”

While most immunization registry systems use consistent USPS address format, EHRs and other provider IT networks don’t, necessarily. Convening on a standard format could boost data quality and matching rates.

“The COVID-19 pandemic has highlighted the gaps in data exchange in health care that has and will continue to inhibit the nation’s response to this,and future pandemics,if they remain unaddressed,” said Moscovitch. “Congress should take robust and immediate actions to ensure that public health authorities have the information they need to contact infected individuals and effectively administer future immunization campaigns.”

Twitter: @MikeMiliardHITN
Email the writer: [email protected]
Healthcare IT News is a publication of HIMSS Media