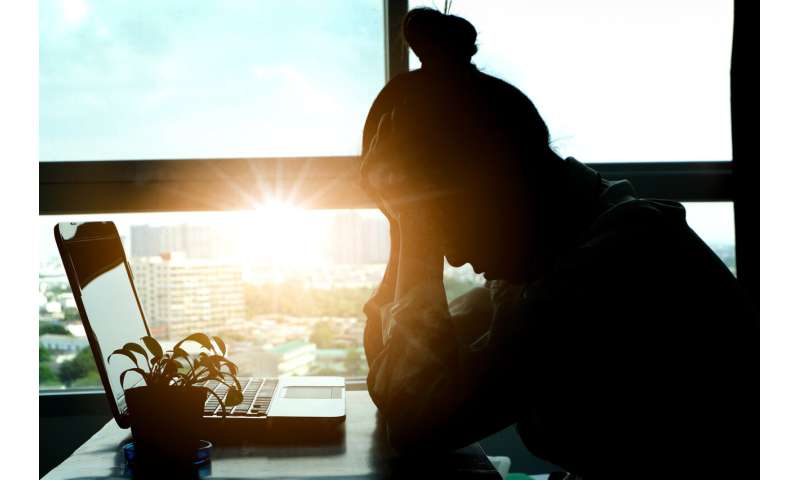 New data from two of South Australia’s preeminent mental health research institutes indicates the COVID-19 pandemic and associated social restrictions are having a greater impact on mental health than was first feared.

The research, published by JMIR Mental Health, was conducted by SAHMRI’s Wellbeing and Resilience Centre (WRC) in partnership with the Flinders University Órama Institute for Mental Health and Wellbeing.

Joep van Agteren, the Research Lead with the WRC, says the data is drawn from scientific measurements that focus on symptoms of mental illness as well as ‘positive states’ such as mental wellbeing and resilience.

“It’s really important to recognize that being mentally healthy is not the same as not showing signs of mental illness,” he said.

In normal circumstances, the team’s measurement shows around 50% of people are mentally ‘healthy,” with good wellbeing and resilience and no signs of distress. The latest measurement, taken amid the COIVD-19 response, shows that figure to be just 21%.

“This means that four out of five, or 80%, of people who engaged our services during COVID-19 either had current problems or were at serious risk of developing problems in the future,” Mr van Agteren said.

The results come from thousands of people who’ve completed the wellbeing questionnaire on the website BeWellPlan.com, which was launched in late March as a response to the anticipated mental health fall out of the pandemic.

On completion of the wellbeing questionnaire, the BeWellPlan provides free access to customized and facilitated mental health training programs and resources at a time when people and communities need them most.

Professor Mike Kyrios, the Director of the Órama Institute said the team compared the measurements from people accessing BeWellPlan with two separate large groups who did the measurement before COVID-19 hit.

“That group comprised 2,274 people and the results show an increase in levels of depression, anxiety and stress of between 13 and 21%,” he said. “We also found three times as many people showing low wellbeing.

Mr van Agteren says even the sheer number of people interacting with BeWellPlan—more than 15,000 since it was launched 10 weeks ago—points to the worrying need for mental health resources in our community.

“We anticipated a need but did not expect this volume” he said.

“People are asking for services beyond the traditional mental health system—more than print resources and help lines. When someone calls a helpline, we are too late, and a significant proportion of society isn’t willing to engage with those type of services in any case, meaning we are leaving people out when it comes to getting help.”

Mr van Agteren says these results clearly illustrate a need for serious and urgent action to build a flourishing society.

“BeWellPlan can play an immediate part in that and so can the many other services focussed on building health and wellbeing plus those addressing important issues such as housing and education,” he said.