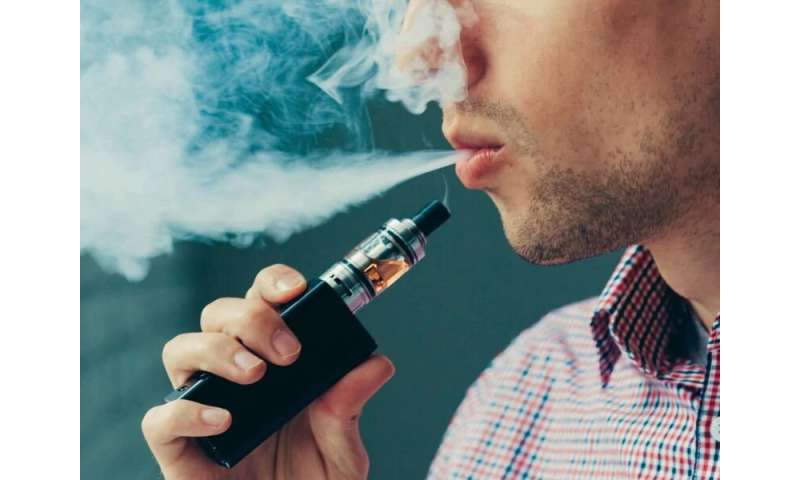 Smokers and vapers who get COVID-19 can probably expect a more severe infection, health experts warn.

Many advisories have focused on the risk facing older people, those with chronic conditions such as diabetes, and people with compromised immune systems, such as cancer patients. But doctors also caution that users of electronic cigarettes and tobacco are more in danger from the new coronavirus than the average healthy person.

Data from China’s coronavirus outbreak showed infected smokers and residents of cities with high levels of air pollution had more severe symptoms, he said. Galiatsatos predicted use of e-cigarettes will have the same effect.

A study of 78 patients with COVID-19 pneumonia in Wuhan, China, published recently in the Chinese Medical Journal, listed history of smoking as one factor contributing to poorer patient outcomes.

“The odds of disease progression (including to death) were 14 times higher among people with a history of smoking,” he wrote, calling on the public to stop smoking and vaping, and to also steer clear of secondhand smoke.

Because vaping is a recent phenomenon, less is known about its harmful long-term effects than about smoking tobacco, which has been studied for decades.

But e-cigarettes have come under growing scrutiny since last year when more than 2,000 cases of severe lung damage and death were reported among vapers. Most of those cases were associated with products containing an additive called vitamin E acetate, and THC, the psychoactive component of marijuana, according to the U.S. Centers for Disease Control and Prevention.

As cases of COVID-19 continue to spread across all 50 states, the consequences for smokers and vapers should soon be clear. But evidence pointing to poorer outcomes already exists.

She added that smokers also have a higher rate of hospitalization for influenza, another viral respiratory infection.

But Kher added that the Chinese data do not prove smoking caused worse outcomes for COVID-19 pneumonia patients. They do, however, show a link. There’s much to learn about the virus, she said.

“We have to interpret it with caution,” she explained.

Researchers know tobacco smoking has long-term consequences, including chronic obstructive pulmonary disease (COPD), emphysema or cancer, she said, but no long-term studies have yet been done on vaping.

“My gut … or I should say, my medical education, leads me to believe” years of e-cigarette use will eventually be linked to these or similar outcomes, Mieses said.

“First and foremost, vaping and smoking don’t just affect your respiratory system, but pose a threat to your overall health,” she said.

Mieses and Kher recommended people who wish to quit vaping contact their family doctor for help.

Kher noted that vaping has not been shown to be an effective smoking-cessation aid and e-cigarette users are more likely to become tobacco smokers. She said seven drugs have been approved by the U.S. Food and Drug Administration to help people quit smoking, but there is no approved medicine for those wanting to quit e-cigarettes.