Researchers found more that than 70 percent treated with anakinra, sold under the brand name Kineret, showed improvements in breathing and reduced signs of inflammation.

The team, from San Raffaele Hospital in Milan, Italy, says its findings are the first to suggest that the drug works – but that randomized controlled trials are needed to fully understand the medication’s effectiveness.

Scientists are racing to test both existing medicines and experimental therapies in the hope that something will help alter the course of the global pandemic.

In the case of anakinra, experts say that although the results of the study are interesting, it is far too early to say whether or not the drug works. 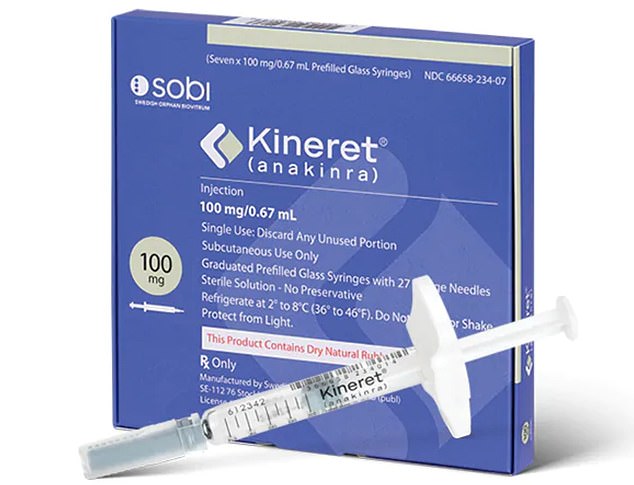 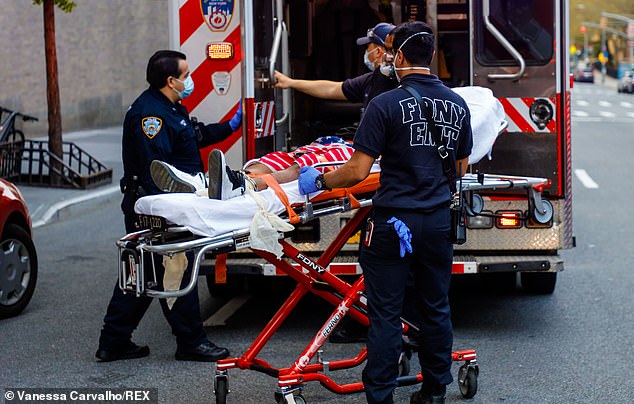 In the study, 72% showed improved respiratory health and reduced signs of cytokine storms, which occur when the body attacks not just the virus but its own cells. Pictured:  A man arrives by ambulance from a hospital in New York City, April 25 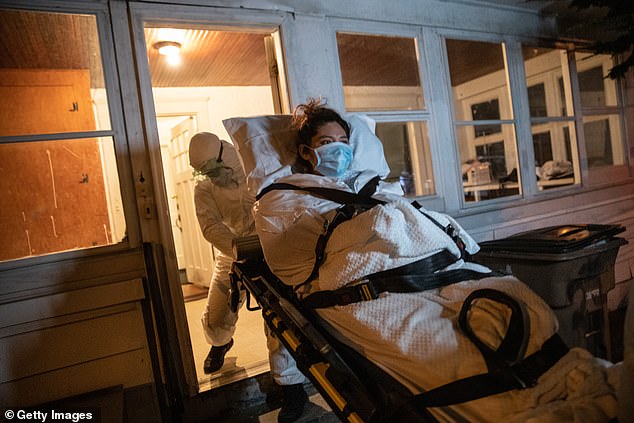 In the control groups, respiratory function improved for just half of the patients and 56% survived, compared to 90% of the anakinra group. Pictured: EMS paramedics bring Zully, a COVID-19 patient, home by ambulance from Stamford Hospital in Connecticut, April 25

‘Until a vaccine is available, we urgently need to find a way to help people survive the most severe symptoms of COVID-19, and to do that without overwhelming the intensive care capacity of hospital,’ said Dr Lorenzo Dagna, head of the immunology, rheumatology, allergy and rare diseases unit at San Raffaele Hospital.

‘A treatment that has already met strict safety tests and that is available in sufficient quantities to meet the needs of the current pandemic is ideal.’

Anakinra belongs to a class of drugs called interleukin-1 inhibitors that could help regulate a dangerous overreaction to the virus by the body’s immune system called a cytokine storm.

These so-called storms occur when the body doesn’t just fight off the virus but also attacks its own cells and tissues.

For the 21-day study, published in The Lancet Rheumatology, the team observed 45 critically ill COVID-19 patients at San Raffaele.

Of those patients, 29 received standard care – which included a CPAP machine for breathing, hydroxychloroquine and lopinavi/ritonavir (an HIV drug) – as well as anakinra given via an IV.

The remaining 16 patients received standard care only, which occurred before the study period.

They also has lower levels of serum C-reactive protein, which is made by the liver and sent to the bloodstream in response to inflammation. Survival was 90 percent.

By comparison, the group of 16 had either persistent or recurrent increases of serum C-reactive protein levels.

Respiratory function improved for just half of the patients  and 56 percent survived. 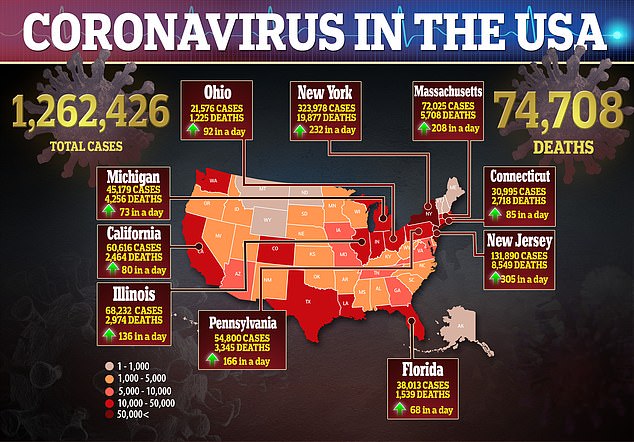 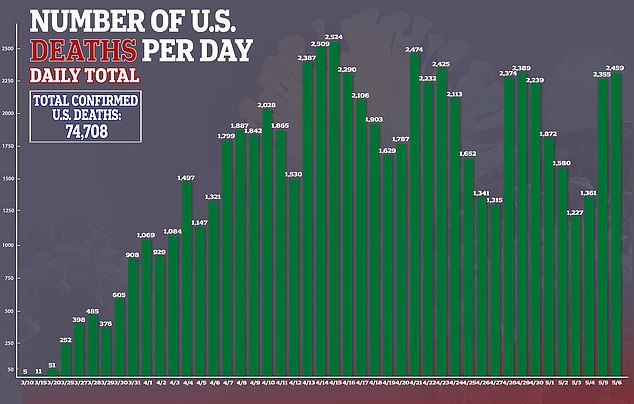 ‘Our study is the first to suggest that a high dose of the arthritis drug anakinra may be able to block the overreaction of the immune system caused by COVID-19,’ Dr Guilo Cavalli, an internal medicine specialist at San Raffaele, said.

‘The results are interesting and the drug deserves controlled testing in large randomized trials.’

Outside experts say the findings from the study are interesting but that a much larger study is required.

‘This is a rapid study undertaken in unusual circumstances and to gain a quick impression about whether this ant-arthritis treatment might be beneficial in seriously ill patients for whom there is currently no treatment,’ said Dr John R Kirwan, Emeritus Professor of Rheumatic Diseases at the University of Bristol in the UK.

‘It looks like the patients getting the treatment had a slightly better outcome – but they were also (on average) eight years younger, and this could just as easily have been the explanation.’ 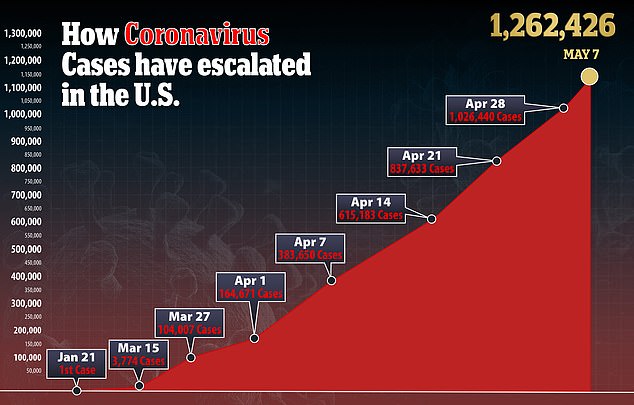