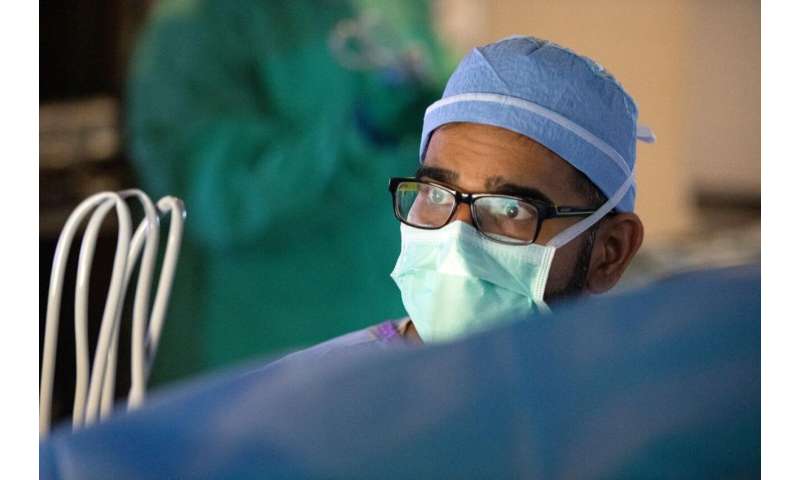 Researchers at the University of Cincinnati have found in a retrospective study that African-American men are less likely to use a more targeted biopsy option for prostate cancer, despite an increased incidence in this group of patients.

These findings are published in the March 9 issue of the journal Prostate Cancer and Prostatic Diseases. The study is led by Connor Hoge, a student at the UC College of Medicine, and Dr. Abhinav Sidana, director of urologic oncology and assistant professor in the Division of Urology at the UC College of Medicine. Sidana is also a UC Health urologist.

With fusion biopsy, a navigation system similar to a GPS tracking device allows physicians to target biopsies to the exact suspicious location. MRI and ultrasound images are aligned and overlaid on real-time ultrasound to identify targets that are then labeled high, medium or low suspicion for cancer. This allows doctors to pinpoint the biopsy, meaning less sticks with a needle and more accurate samples.

The study included 619 men, of which 182 were African-American and 437 were white; the patients were all treated at UC Medical Center. Forty-one (22.5%) African-American men underwent MRI-ultrasound biopsy compared with 225 (51.5%) of white men.