A strange paradox: The better we contain coronavirus, the less we will learn from it 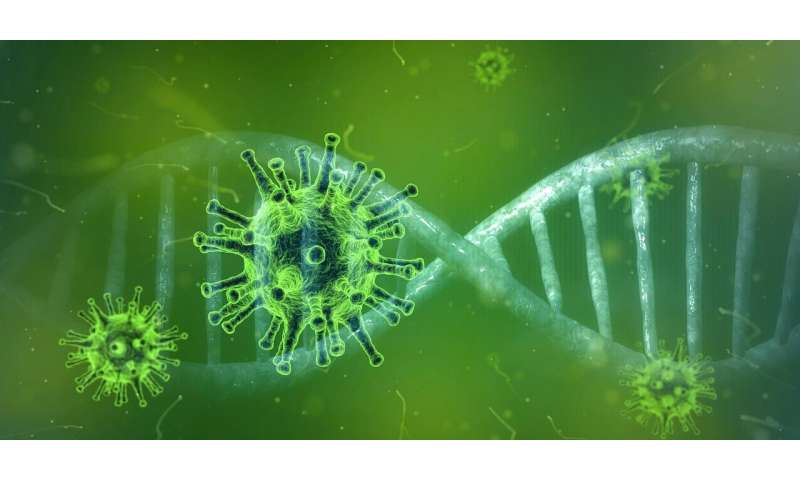 Every prophet of doom, unless he also happens to be a psychopath, hopes that his predictions will not be borne out. This is also true for the epidemiologists and virologists who have been warning the world since January that the novel SARS-CoV-2 virus poses a severe threat to public health around the world. Since then, these pessimists have been butting heads with a group of sceptics or “minimalists,” who have reassured us that there is nothing to worry about: the panic is more dangerous than the virus, the mortality rate of COVID-19 has been severely inflated, and besides, the flu also kills hundreds of thousands every year – so why make all this fuss?

But over the past few days and weeks, as country after country has been “mugged by reality,” the pessimists have been gaining ground across the world. In Europe, this shift of popular opinion was largely thanks to events in Italy, which happened to be ten days ahead of the rest of other European countries on the exponential growth curve and so functioned as a sort of a crystal ball into which we could peer into our own near-term future.

As the situation in northern Italy escalated, abstract epidemiological arguments—about exponential growth, case fatality rates and ICU capacity factor—turned into horrifying stories and images, of wartime triage of the weak and elderly, of crematoria no longer able to keep up with the pile of corpses, of weeping doctors and nurses on the brink of collapse, and of elderly people dying alone, without a chance to say goodbye to their loved ones.

Every prophet of doom with a moral conscience not only fervently hopes that their predictions will be proven wrong, they will also try their utmost to bring this about. If this happens, we can talk about a “self-defeating prophecy,” the lesser-known cousin of the “self-fulfilling prophecy.” Alas, one major drawback of such prophecies is that sceptics will inevitably come forward and say: “You see—we told you it wouldn’t be all that bad.” In fact, you can see people committing that logical fallacy right now.

Take the shocking report of the Imperial College COVID-19 Response Team, published on March 16. In this document, prepared by a team of Britain’s top epidemiologists, the authors modelled the effects of different measures on the COVID-19 epidemic, from mild “mitigation” policies (such as isolating the elderly, banning large events and closing schools) to more stringent “suppression” policies (social distancing of the entire population, home isolation of cases and household quarantine of their families). In their baseline scenario, in which the virus was allowed to spread unchecked, the capacity of ICU beds in the UK would have been exceeded 30 times over and half a million people would die.

With an optimal combination of mitigation measures—the strategy favoured at the time by the UK government—the hospital capacity would still be exceeded eight times over and the pandemic would kill an estimated 250,000 people (in the US, more than a million). And those figures, the authors point out, don’t even take into account the indirect deaths due to other conditions in the wake of the collapsing healthcare system.

By nature, scientists are a conservative and cautious bunch, especially when they have to come up with a consensus document. Predictions about hundreds of thousands of casualties are not made lightly, and so, fortunately, the researchers’ dire warnings were heeded.

Within days, the UK buried its original mitigation strategy, which had been a reckless gamble on the concept of “herd immunity”, and converged on the same set of suppression measures that we have witnessed in the rest of Europe.

Have the “people of this country had enough of experts,” as Brexit campaigner Michael Gove infamously claimed before the 2016 referendum? Fortunately, they haven’t quite tired of all experts yet. By predicting hundreds of thousands of casualties, the scientists from Imperial College forced the Johnson administration to adopt new policy measures that will, hopefully, prevent the fulfilment of their predictions.

Needless to say, these predictions may have been wrong, due to some faulty assumption or modelling error. But it’s important to bear in mind this logical point: if you criticise the UK’s current lockdown policy, you shouldn’t look at the actual death toll of COVID-19 but at the number of people who would have died in the absence of suppression.

And this is exactly what many of those who downplay the coronavirus threat forget. When the lead author of the Imperial College report, Neil Ferguson, recently downgraded his predictions of the death toll of COVID-19 in the UK, many sceptics immediately cried victory, as the head researcher had now, in their view? “admitted to being wrong.”

But as Ferguson went on to clarify, he lowered his predictions precisely because of the draconian measures taken by the UK government since the publication of the report. The predicted death toll of the coronavirus without these controls, Ferguson insisted, remains exactly the same.

Recently, Ira Helsloot, professor of governance of safety and security at Radboud University in the Netherlands, wrote an op-ed about the pandemic mentioning the 2,800 people who died of non-coronavirus-related causes in the Netherlands that week, by way of putting the 200 coronavirus casualties in proper perspective. Even in Italy, he continued, the common flu takes more victims every year than COVID-19. Conclusion: the world is suffering from “corona hype,” an irrational panic that inspires cures worse than the disease.

But Helsloot fails to take into account the additional number of Italians who would have died without the suppression policy that he condemns. Also, even with the draconian nationwide lockdown in Italy, the coronavirus is far from subdued. Seasonal flu doesn’t hit us like an avalanche, but the coronavirus does, mainly because of the complete absence of immunity in the general population.

Even Gerd Gigerenzer from the Max Planck Institute in Berlin, whom I admire for his excellent work on risk and uncertainty, fails to take into account the phenomenon of self-refuting prophecies, in a rather insouciant and minimalist piece about the coronavirus pandemic entitled: “What Does Not Kill Us Makes Us Panic.”

In his overview of earlier epidemics that didn’t kill as many people as the authorities had considered in their worst-case scenarios, such as the swine flu outbreak of 2009, Gigerenzer doesn’t pause to consider the effects of the actions that were taken by those authorities to forestall their worst predictions.

One more example. Minimalists such as Richard Epstein at the Hoover Institute have cited the low case fatality rate of COVID-19 in South Korea and Singapore, which are precisely the places that have tested for the virus most extensively. Doesn’t this prove that we are overestimating the deadliness of the coronavirus and that we are panicking over nothing? No, because this argument ignores the fact that South Korea took the coronavirus threat very seriously right from the start, probably chastened by their earlier bad experience with the viruses that caused Sars and Mers.

South Korea and Singapore managed to keep their fatality rate low precisely because they took swift and drastic measures that stemmed the outbreak in their countries and kept the pressure on hospitals to a tolerable level—measures for which it is now, sadly, probably too late in most western countries.

Despite a widespread misconception, the case fatality rate (CFR) of a virus is not some biological constant or intrinsic trait—it is a function of context and circumstances. If all the available mechanical ventilators are occupied, then every next patient who needs one will most likely die. This is also why it is misleading to extrapolate from the observed fatality rate during the early outbreak on the cruise ship Diamond Princess, as even the world-renowned epidemiologist John Ioannidis did in a much-cited essay. (By the way, since the time of his writing, five more passengers have died, increasing the fatality rate by more than 70%.)

A failure to appreciate the nature of self-refuting prophecies is worrying because we know that this will not be the last pandemic to hit humanity. In a world as hyperconnected as ours, and with a huge reservoir of virus strains in other mammals (1,200 bat species alone, one of which may have given us SARS-CoV-2), the arrival of the next pandemic is merely a matter of time.

Our current invisible enemy has several dangerous features—high transmissibility, long incubation time, asymptomatic spread, relatively high mortality—but it is not the worst imaginable pathogen by any stretch. If the genetic lottery brings up even less favourable numbers next time around, then a far more dangerous virus than SARS-CoV-2 is entirely within the realm of possibility. In that case, the current pandemic might just have been a “dry run” for the Big One.

In his recently published book, The Precipice, philosopher Toby Ord considers the possibility of different global catastrophic risks and ranks pandemics (both natural and engineered ones) as among the largest threats to the future of humanity, far surpassing better-known global problems such as climate change.