A key brain region for controlling binge drinking has been found 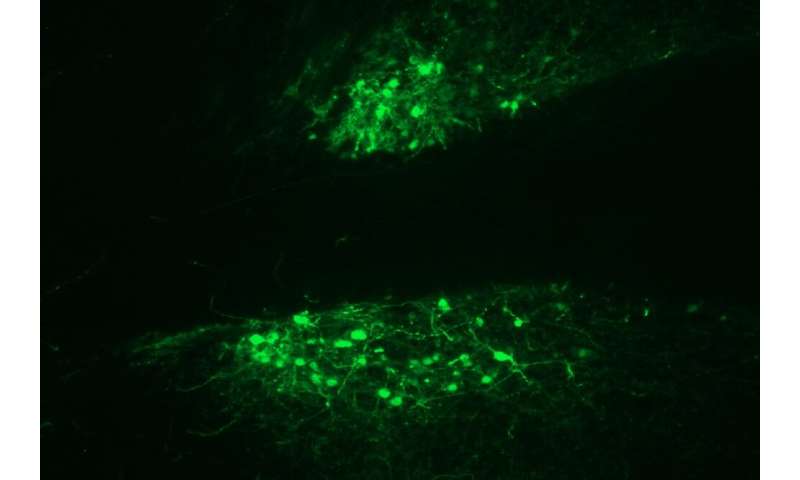 A team of National Institutes of Health-funded researchers at the Medical University of South Carolina has found that deactivating a stress-signaling system in a brain area known for motivation and emotion-related behaviors decreases binge drinking. The study, which was published online in February and is to appear in the May issue of Neuropharmacology, pinpoints a particular system in a specific brain region that can be manipulated to reduce harmful binge drinking.

The MUSC team was led by Howard C. Becker, Ph.D., director of the Charleston Alcohol Research Center and professor in the Department of Psychiatry & Behavioral Sciences.

“Binge drinking is one of the most common patterns in which alcohol is consumed,” explained Becker. “It’s a risky behavior, and one consequence of repeated binge drinking is increasing risk for developing an alcohol use disorder.”

Further, according to Becker, those who consistently binge drink, particularly during adolescent and college years, have almost 10 times the risk of developing an alcohol use disorder.

But how much alcohol must be consumed to qualify a drinking session as a binge?

A binge, as defined by the National Institute on Alcohol Abuse and Alcoholism, or NIAAA, means drinking to the legal limit of intoxication within two hours. Becker put this into perspective.

“This is four standard drinks for a woman or five drinks for a male—consumed over about a two-hour period,” he explained.

JR Haun, a graduate student in the Becker laboratory and first author on the article, described what the NIAAA considers ‘standard’ related to certain beverage types.

“A drink is defined as roughly one 12-ounce can of beer, a five-ounce glass of wine or a standard 1.5 ounce shot of distilled spirits,” he explained, adding that the serving sizes can vary based on the percentage of pure alcohol in the drink.

In their study, Becker and Haun tested a potential strategy for reducing risky binge drinking.

“Binge drinking is a destructive behavior,” said Haun. “And our goal was to curb that. Through our investigation, we found a brain region and a system that we can manipulate to decrease binge drinking.”

Notorious narcotic drugs of abuse, such as morphine, heroin and oxycontin/oxycodone act on the opioid-receptor system, producing the pleasurable effects that make these drugs so addictive.

However, there is an odd opioid receptor out, so to speak, that is not involved in signaling pleasure.

“The kappa opioid-receptor system is the antithesis to other opioid receptors,” explained Haun. “It’s often referred to as an anti-reward system.”

Instead of feelings of pleasure, the kappa opioid receptor produces stress and discontent.

When people drink and experience positive effects, that is partially due to pleasurable opioid receptors being activated. However, after they have finished drinking and nausea, headache, and the stress of withdrawal start to set in, the kappa opioid receptor system has been activated.

At first glance, this finding might sound counterintuitive. How does turning off the negative effects of the kappa opioid receptor decrease drinking?

“It’s not entirely clear why,” said Haun. “But what we do know is that kappa opioid receptors play an important role in the negative emotional state that drives drinking when it becomes compulsive in alcohol use disorders.”

Becker and Haun hypothesize that the kappa opioid receptor system may drive binge and compulsive alcohol use in a similar way, in addition to contributing to stress and unease during withdrawal.

To begin testing their hypothesis, Becker and Haun first identified the exact region in the brain that is involved in binge drinking driven by kappa opioid receptors.

Becker’s team homed in on a network of structures called the extended amygdala. According to Haun, it is a part of the brain that’s involved in motivational behavior, is very responsive to stress, and is implicated in compulsive drinking. This network of circuits in the brain also contains a number of kappa opioid receptors, making it the team’s top candidate to investigate for its role in regulating excessive drinking.

This study used a binge-drinking mouse model, which allowed the mice to drink freely for four hours each night.

“The mice will drink enough alcohol in this relatively short period of time to achieve blood alcohol levels that would define it as a binge episode,” said Becker.

After blocking the kappa opioid receptors in these mice, the team tested how much alcohol the animals voluntarily consumed. What they found could have important implications for future treatments of chronic binge drinking, according to Haun.

“Blocking these kappa receptors in the extended amygdala didn’t completely abolish drinking,” explained Haun. “It brought it down to a more moderate level, the equivalent being a glass of wine at dinner opposed to a bottle.”

This finding supports Becker and Haun’s hypothesis that the kappa opioid receptor system in the extended amygdala promotes binge drinking.

Blocking kappa opioid receptors in the extended amygdala, therefore, could act as a therapy to taper binge drinking.

So will there soon be a pill to curb the urge to binge?

According to Becker, if such a therapy were developed, he believes it would be best tailored for those who have difficulty controlling more chronic heavy drinking, such as those with an alcohol use disorder.