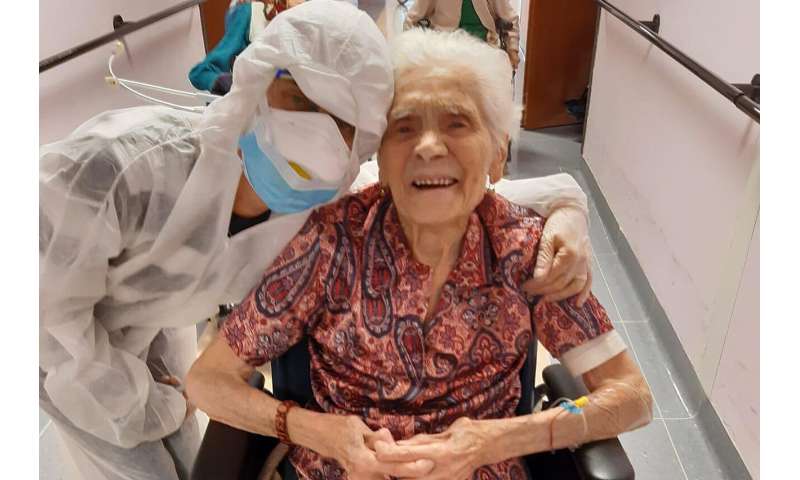 To recover from the coronavirus, as she did, Ada Zanusso recommends courage and faith, the same qualities that have served her well in her nearly 104 years.

Italy, along with neighboring France, has Europe’s largest population of what has been dubbed the “super old”—people who are at least 100. As the nation with the world’s highest number of COVID-19 deaths, Italy is looking to its super-old survivors for inspiration.

“I’m well, I’m well,” Zanusso said Tuesday during a video call with The Associated Press from the Maria Grazia Residence for the elderly in Lessona, a town in the northern region of Piedmont. “I watch TV, read the newspapers.”

Zanusso wore a protective mask, as did her family doctor of 35 years beside her, Carla Furno Marchese, who also donned eyewear and a gown that covered her head.

Asked about her illness, Zanusso is modest: “I had some fever.”

Her doctor said Zanusso was in bed for a week.

“One day she opened her eyes again and resumed doing what she used to before,” Furno Marchese said. The doctor recalled when Zanusso was able to sit up, then managed to get out of bed. 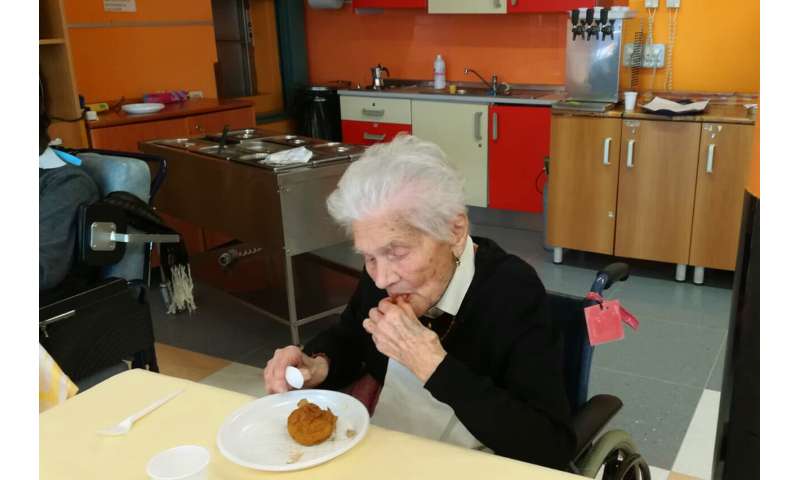 What helped her get through the illness? “Courage and strength, faith,” Zanusso said. It worked for her, so she advises others who fall ill to also “give yourself courage, have faith.”

COVID-19 can cause mild or moderate symptoms, and most of those who are infected recover. But the elderly and those with existing health problems can be at high risk for more serious illness.

The virus has killed nearly 18,000 people in Italy and over 88,000 worldwide. The World Health Organization says 95% of those who have died in Europe were over 60 years old.

Under Italy’s five-week-long lockdown, which is aimed at containing the spread of infections that have overwhelmed hospitals, visitors aren’t allowed at homes for the elderly.

Her doctor asked Zanusso what she would like to do when “they open the doors.”

“I’d like to take a lovely walk,” she replied. And your three great-grandchildren? “Watch them play together.” 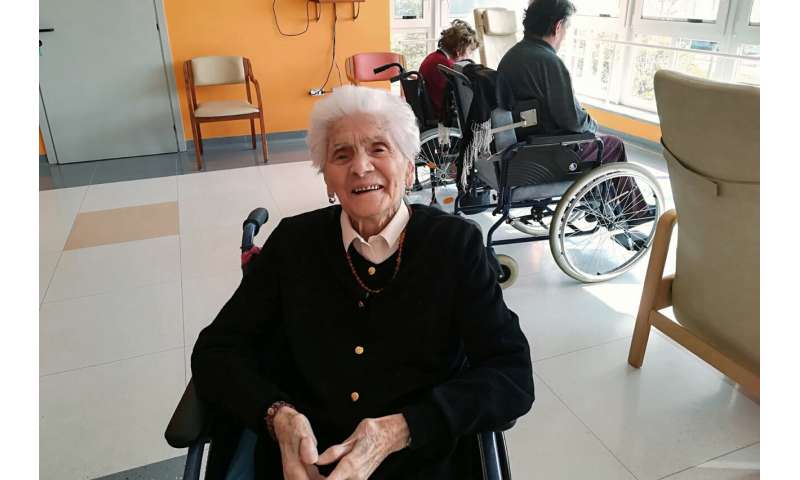 Deaths, hospitalizations and new infections are leveling off in Italy, and Premier Giuseppe Conte is expected to announce in the coming days how long the lockdown will remain in place, with expectations that some restrictions could be eased.

For now, Zanusso is isolated from other residents as she awaits a follow-up swab test to confirm she is negative for the virus.

She grew up in Treviso, in the northeastern Veneto region, where she worked for many years in the textile industry. Zanusso, who turns 104 on Aug. 16, had four children—three of whom are living—and has four grandchildren and three great-grandchildren.

“She’s old, but healthy, with no chronic illness,” her doctor said.

This week, Milan newspaper Corriere della Sera devoted an entire page to the stories of super-old survivors, called “healing at 100 years old.” The inspirational portraits are a counterpoint to news of large numbers of deaths among elderly people living in Italian nursing homes and other assisted-living facilities.

Of the victims, most elderly weren’t tested for COVID-19 if they died in nursing homes, so the numbers don’t figure into Italy’s overall coronavirus death toll, which is the highest in the world. 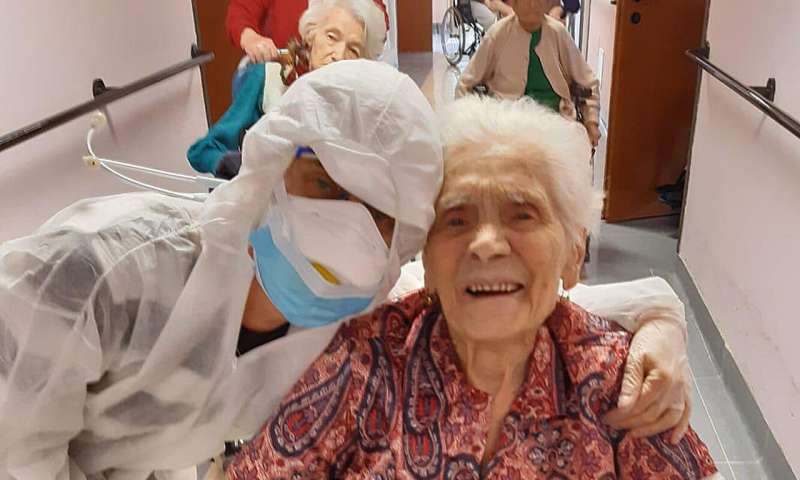 Medical staff “went through a very hard time,” said Furno Marchese, the doctor. “It was a great emergency with so many residents ill, so to see a positive outcome was very rewarding, not only for me, but for all the people who worked hard here nonstop.”